The Social Media App Your Kids Are Hiding From You 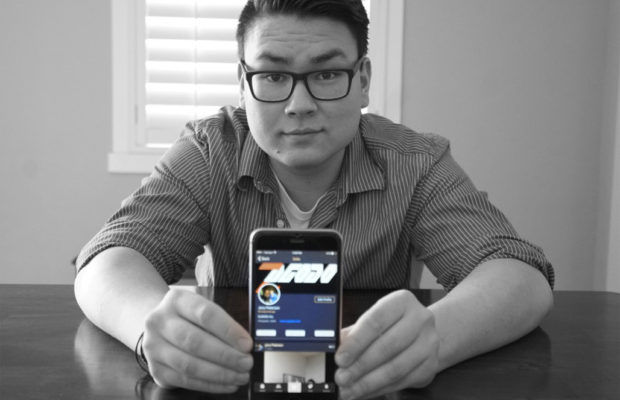 A recent survey reported 87% of teens worldwide agree- Facebook is dead. While Facebook disagrees and the statistics suggest Facebook is anything but dying, it has lost 100% of it’s “cool factor”, per ZuGo creator Jens (pronounced Yens) Peterson.

Peterson, a teen himself (19) has been building successful tech businesses since he was 13 years old. The first was a social media marketing business (managing social media pages for small businesses) which earned the young teen enough money to indulge in his love of dirt bikes. “I was too young to drive so rather than a car collection, I started buying dirt bikes.”

By the age of 15, Peterson had expanded into designing and building apps and websites for some of the same businesses he marketed for. Along the way, he became a dedicated student in the art of building social media followings. He became so adept at doing so, he sold not one, but two Vine accounts to a prominent ad agency who paid him generously for the audience he had so masterfully stitched together.

With the possible exception of his extraordinary entrepreneurial success, Jens is, in many ways, your typical male teen; cool car, cute girlfriend and spends many hours a day embedded in social media. He hesitantly admits he was once a heavy user of Facebook but like millions of teens, grew tired of having his parents and grandparents commenting on (or even seeing) his posts, so he migrated to Instagram, Snapchat and Twitter.

Why all three? “Social media is such a mess right now. My friends are scattered all over the place and trying to get anyone to gather in one single place is almost impossible. And that frustrates everybody I know.” It was the realization that MOST social media users were frustrated by having their social circle’s fragmented across numerous platforms that drove Peterson to invent a solution- his own social media platform- Zugo.

He compares the fragmentation of social media to trying to meet up with friends on a Friday night. “If your friends tell you to come to a party and when you get there the text you to say they are now across town and have split up to three other parties, it can ruin a Friday night. Well, having all your friends scattered between 4 or 5 social media platforms is even more frustrating. No matter how much time you spend sprinting from Facebook to Instagram to Snapchat then to Twitter, you will always miss something on the way. My generation is spending more and more time on social media and actually seeing less and less of the content we want. That’s why I created ZuGo.”

Peterson describes Zugo as the only social media app you will eventually need or want. “We have stripped out all of the things from social media that people hate and improved on the things people love.” One visit to Zugo’s app and you can see some similarities- chat, camera, posting, commenting, etc. Typical social media stuff. But upon closer inspection you discover cool improvements Peterson’s tech team have improved, from the zoom feature for pictures to the Meetup feature that allows you to have a spontaneous party or gathering and only your friends are notified, but they are told exactly where to come find you. It’s genius. (I can see why some parents may be frustrated over this feature- but it’s cool!)

As an example of how intuitive and ahead of the game Peterson is, he launched Group Video Calls three months before any other social media app had the feature! Let me restate that in case you missed the extraordinary insight of this 19-year-old- he thought up, developed, integrated and launched a major social media feature 3 MONTHS before Facebook launched theirs! This one teenage visionary, out thought and out executed a team of over a thousand of the world’s highest paid developers!

While Zugo is cool in a “screw the establishment” sort of way, I didn’t see any features that were mind blowing or something completely unique. And then this happened…

Peterson told me if I signed an NDA, he would take me “behind the scenes” to see which features were being quietly developed below the radar. I was not prepared for what I was about to see.

Friends, what Jens Peterson showed me is something I would give my right arm to be able to be the first to report on! (I BEGGED him to let me share just one of the upcoming features. My pleas fell on deaf ears and promises of legal action if I violated the NDA.) Listen to what I am saying right now- the features being created for a future version of Zugo, which I have seen with my own eyes, are truly unlike anything I have ever seen on any social media app or ever imagined.

It will change the game in such a significant way that I suspect it makes Zugo a household word within hours of release. Let me just say this- I believe it will have a profound and sudden game-changing impact on the television, film and gaming industry. It’s killing me to not go into more detail but the risk of litigation is simply too strong.

What about this little company you have never heard of, Zugodo, Inc.? I learned the entity is debt-free, small staff and Peterson has a “Hollywood insider” as a business partner- but he wouldn’t reveal his identity. I was also surprised to learn they have yet to take on any VC money or large investment of any kind. “We haven’t really needed any outside capital. We designed, built and launched it with our own funds.”

Peterson showed me several emails from investors seeking to get involved and he also showed me the polite rejections he sent to each of them. “It just wasn’t time for investment. We are only now getting to the place where we will start considering some equity investors because we want to accelerate the development of some of our secret features. But even then, it will need to be a partner that won’t stifle our creativity and pioneer spirit.”