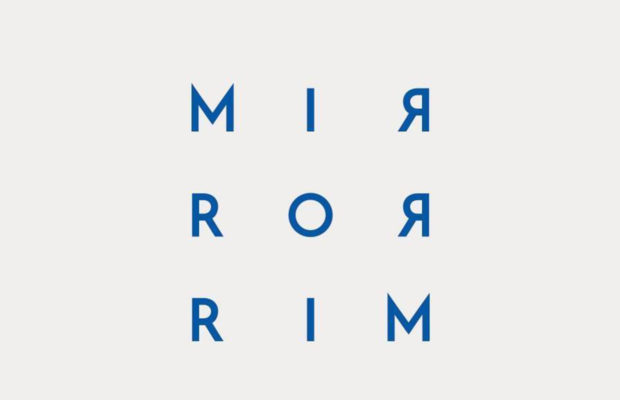 Amazon recently began to roll-out a new feature for their Amazon Prime members – Outfit Compare. It’s a great idea but one that bears more than a passing resemblance to MirrorMirror, the iOS and Android app recently released by ambitious Amsterdam Start-up MirrorMirror B.V .

“These are early days for MirrorMirror but we have huge ambitions, not only for the app but also for the community. We want to turn MirrorMirror into the go-to location for any decision making and are already developing lots of exciting new features for the app. We want it to be a platform where people share their style, where fans can feel engaged with influencers and celebrities, and where brands can showcase new styles.” Steve McLay, Founder

Having only soft launched at the end of February 2017 (a few weeks ahead of Amazon’s unveil), MirrorMirror has already attracted established bloggers from USA, UK, Spain, Russia, India, The Netherlands, Singapore, Poland and Nigeria. 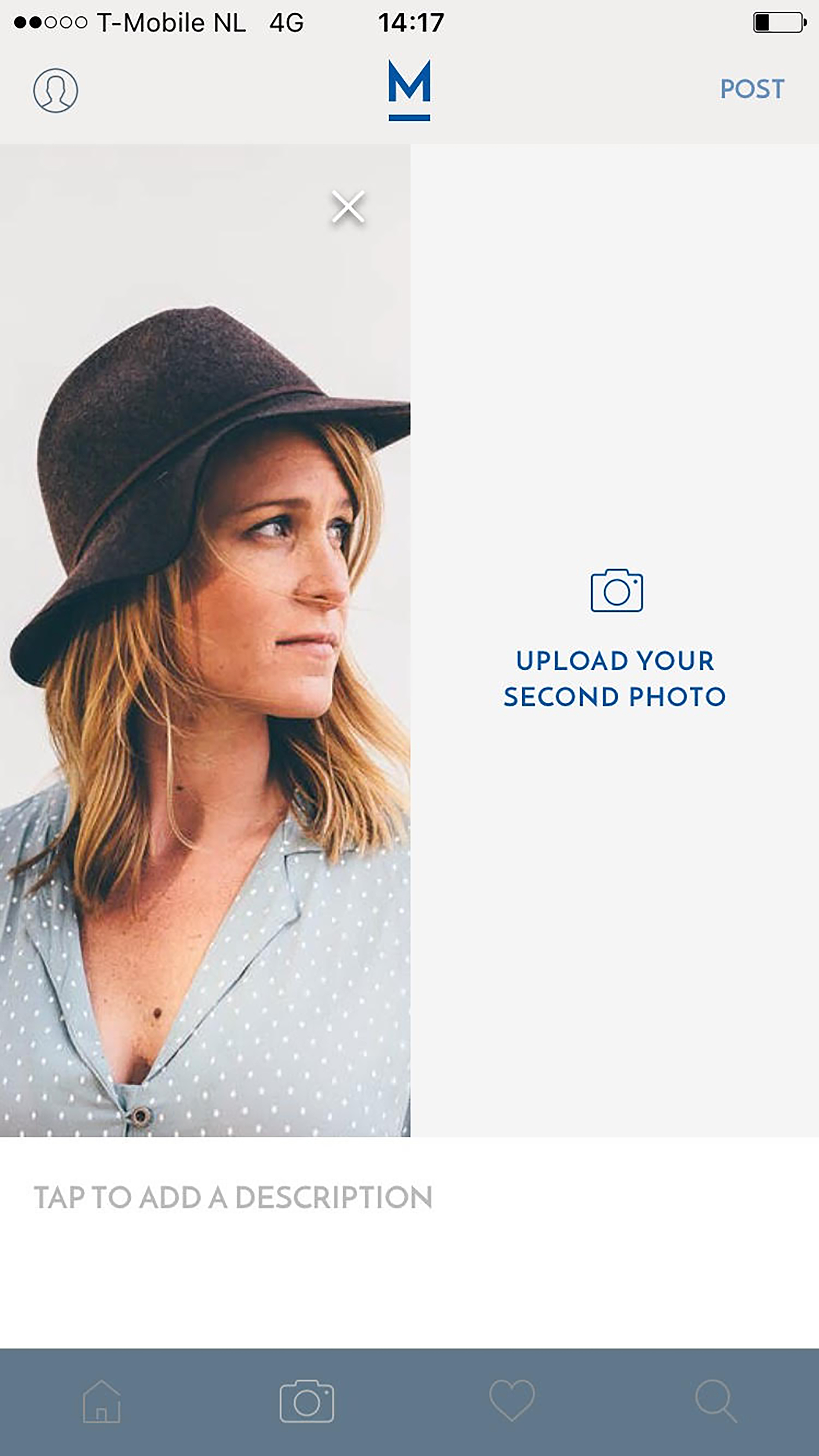 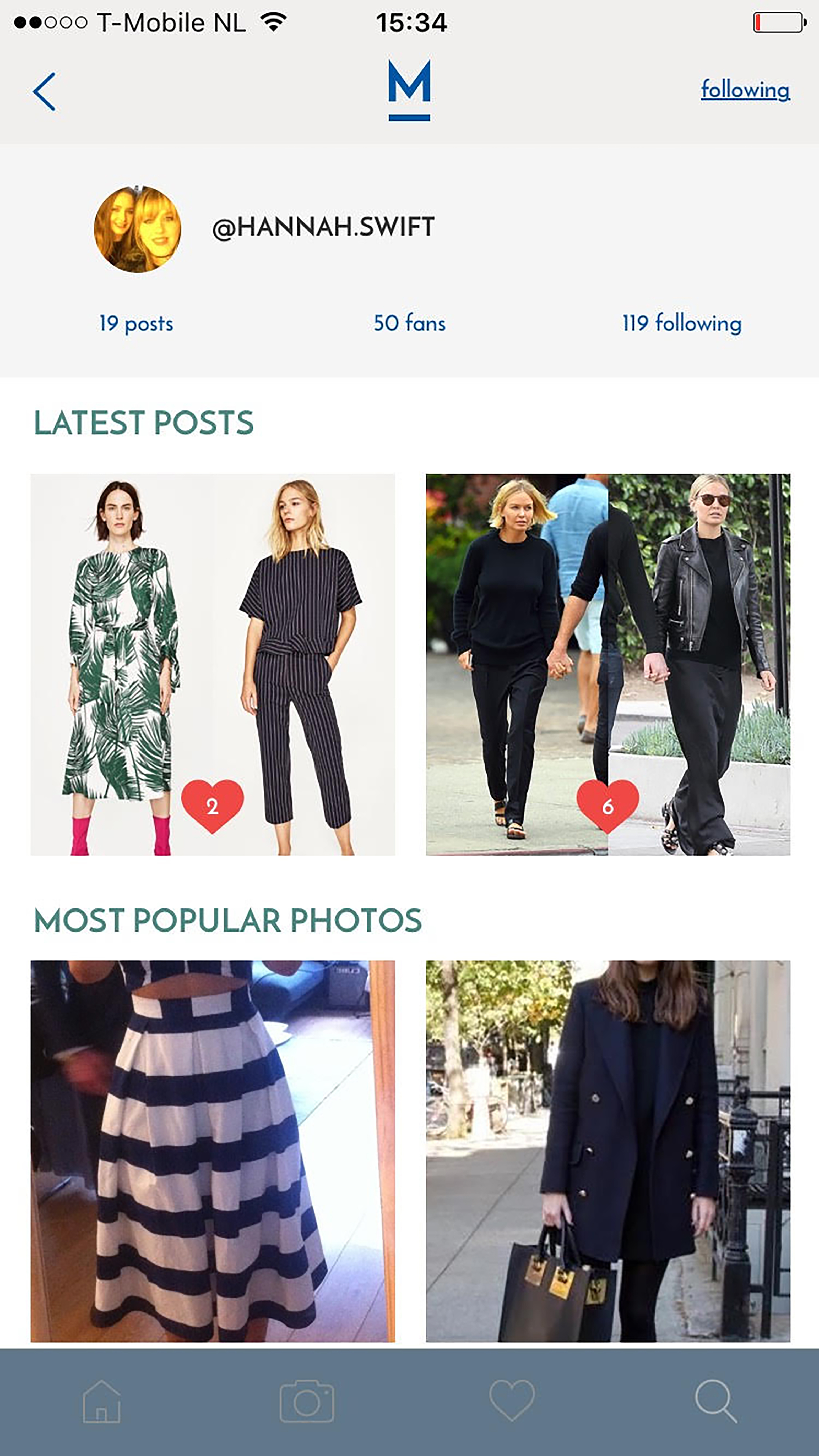 While Amazon’s Outfit Compare is a one-way process that relies on a team of stylists to make a decision on what suits you best, MirrorMirror is a community which enables users to engage and help other users with their personal choices. Unlike Outfit Compare’, MirrorMirror is available free to everyone, with no subscription fees.

MirrorMirror was conceived by former style journalist (The Face, Esquire) and Fashion Brand Manager (Mexx, ONETrueSaxon), Steve McLay, after watching his partner and her friends compare, via WhatsApp, potential outfits for a night out. With no definitive conclusions made on the outfits Steve asserted it should be simple for people to be able to share two images and ask their friends if they preferred ‘this or that’.

Further investigation revealed that over 100 million selfies alone are taken every day, of which 20% are people seeking style advice from their friends and/or followers – either on shopping decisions or choosing the right outfit.

Working with Amsterdam development company Moqod, the task was set to create a simple-touse, safe, engaging, social environment where people could ask for opinions without fear of backlash and get a definitive result for their dilemma. 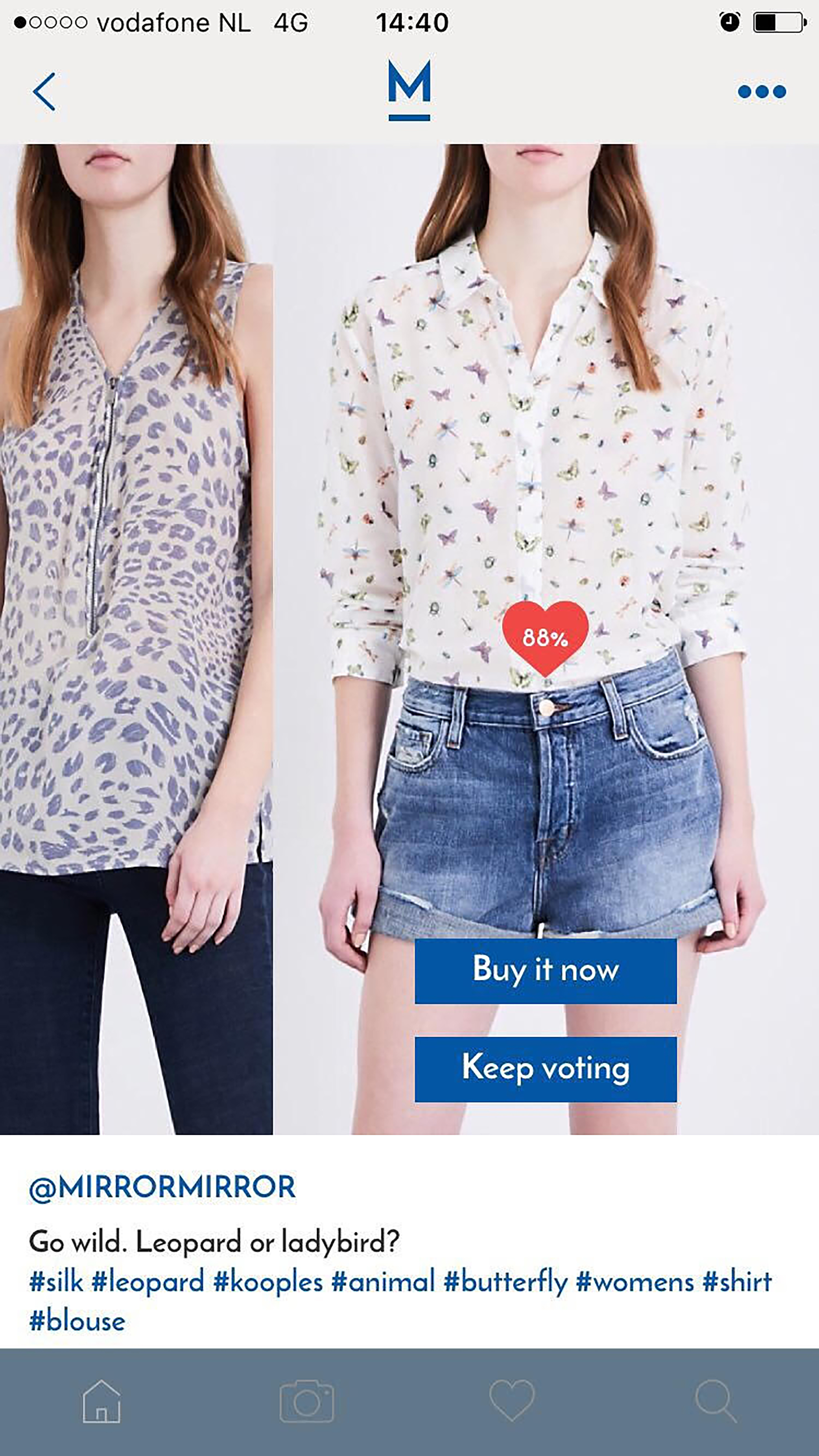 In addition to the social aspect MirrorMirror also uses a team of stylists to collate some of the most on-trend items from leading high-street and designer brands. Seen something you like? Simply click to ‘Buy it now’.