Tech Skills That Everyone Wants 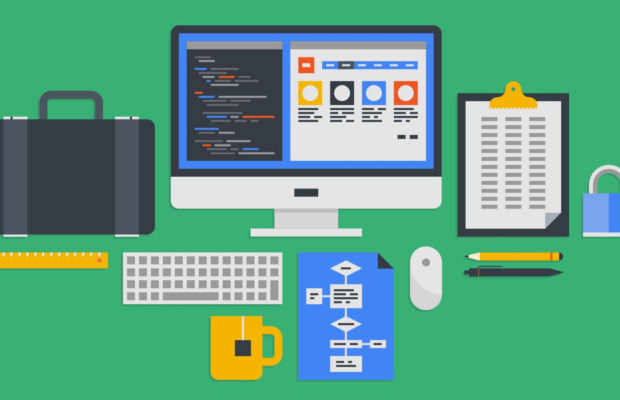 We live in a world that’s increasingly dependent on technology, and as we hurtle towards 2017 it doesn’t seem like the feverish progress of tech is going to be slowing down! The technological leaps we’ve made in recent years, just as always, have had a profound effect on every business on earth. This, in turn, has meant that the need for tech-friendly skills is more prevalent than ever. If you’re looking into further education or training, or you just want to compare your CV against the state of the modern workplace, this post is for you. Here’s a list of some of the most currently in-demand tech skills.

This is probably the most highly sought-after and broadest skill that will appear on this list. Developers on all levels, of all niches, need to understand the founding principles of software development, and have the ability to converse with all the leading developmental philosophies and nuances. It’s also important that they have the skills to adapt to all the tool-sets, frameworks, and philosophies that are present in modern working environments. Aside from that though, there are various developmental areas which have been broken down into a number of different sub-disciplines. Now, at the end of 2016, the most active sub-disciplines are web and mobile development. Aside from this, proven experience with RESTful architectures, Git version control systems and Python are all highly sought-after these days. As more and more businesses see the massive benefits of having their own mobile apps, experience developing Android and Apple apps is also going to swell in demand.

Big data, often referred to as data science, is the tech that’s used to make sense of the massive amount of data that modern businesses have to chew through on a regular basis. Normal operating procedures, transactions, communications and so on all drive a huge influx of data into a business’s servers, and although systems exist to simplify things, managing it all now requires a certain set of skills. Data science is obviously a data-driven area, and as such it combines emphasis on handling and managing data with the mathematical tools which are used to make sense of what all that data contains and what it actually means for the business. Recently, we’ve seen the emergence of various special tools for protecting, storing, and manipulating the various treasures and waste that’s pumped through a modern business’s servers every day. The skills required to make sense of big data are in massive demand, and we’re expected to see this more and more as time goes on. Experience with more modern, outside-the-box data engines such as Hadoop and MongoDB is also extremely desirable within the modern job market. Data science skills are now so sought-after that people who are interested can easily learn from Simplilearn and other online education platforms.

As I mentioned before, the progress of tech has influenced all facets of every industry in the world, but it’s also had a pretty considerable impact on crime as well. With whole generations becoming more and more tech-savvy as time goes on, the risk of hacking and other security breaches is always going up for businesses. These threats are a constant worry for IT pros and executives at large, and there aren’t enough IT security professionals to meet the demand. The way things are looking, there’s going to be millions of unfilled information security jobs in the near future, making it a seller’s market for people with the right skills. Opportunities for information security professionals are on the rise, and it’s going to take something pretty extraordinary to turn this trend around. For now, investing in yourself by developing IT security skills is one of the safest moves you can make. Do a quick search, and it won’t take you long to find dozens of certifications, training and internships focusing on internet security.

As you’re probably aware, since the advent of the cloud it’s taken the form of many different varieties, including public, private, and countless hybrid systems. Whatever the application, no business can deny the importance, value and reliance of cloud technology when it’s set up to support their different processes. Just as having people who understands all the facets and functions of the cloud is extremely important, having people in an organization who understand virtualization is also a lynchpin of modern business. Virtualization, if you weren’t already aware, is the main enabler of cloud technology in the first place. Without virtualization, there would be no cloud! When it comes to virtualization, the most sought-after candidates are ones who can demonstrate experience with Oracle VirtualBox, vSphere, Microsoft Hyper-V and similar programs. On the cloud side of things, you’ll want to build up your experience with Azure, Amazon Web Services, IBM cloud, and pretty much any other widely-used system.

IT operations and governance straddle the line between IT in a tech and service organization, and IT as a process-driven function centered around a given business. ITIL, COBIT and various similar disciplines can come into play here, and life-cycle management processes have a huge influence on operations and governance. Businesses have to make sure they’re complying with all the regulations and laws tied to the complex interfaces they’re handling, and applying all the best practices. These include risk mitigation and assessment, formal change management and auditing. If you’re thinking of going into operations and governance, you need to be able to grasp many different big-picture views of IT functions, especially as these have a direct impact on the business being able to meet its goals effectively. An operations and governance professional has a direct role in enhancing the whole organization’s productivity and profitability. Although this wasn’t common knowledge a few years ago, an increasingly tech-savvy population of business owners are starting to see the need for these skills more and more. An increasing number of jobs are opening up in this area, so it’s certainly something to consider when you’re re-training.

I Write Things.
Related ItemsAdviceCyber SecurityHackingTechnologyTips
← Previous Story Stop Being Scared Of Outsourcing! Find Out How It Can Improve Your Business
Next Story → Is Your Office Giving Off The Right Impression?