How Technology Has Shaped The Modern Workplace - TechGeek365

How Technology Has Shaped The Modern Workplace 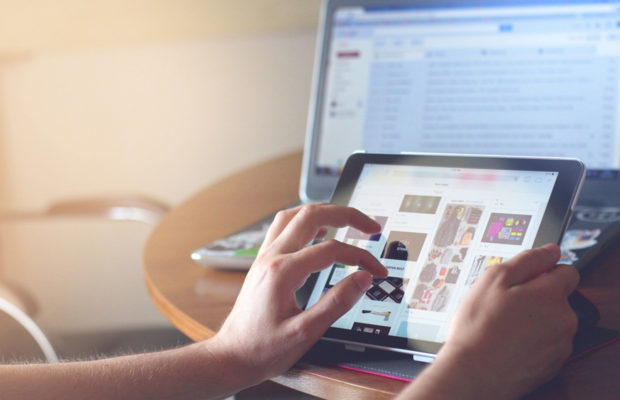 Ever since one bright caveman figured out that things roll along the ground much easier than they slide, technology has been in a constant, feverish rush. The progress of science has had a huge impact on every aspect of our lives, from the state of our health to the way we consume media. One of the many things technology has warped is the state of the modern workplace. Here’s some of the impacts we’re seeing today.

One of the major changes which we’ve seen in modern business since the dawn of the internet is collaboration becoming progressively easier. Since those first web pages were published, we’ve achieved a level of communication which has never been seen before. Now that the internet and mobile tech are more sophisticated than ever, we can talk to our colleagues, managers and business partners with a few taps of a button. Cloud tech has allowed dozens of remote workers to access the same document, and work on it together. This means that teamwork has become much more a part of the average company culture, and allows colleagues to uphold a continuous partnership, no matter where they are in the world. It’s only now in 2016 that we’re seeing businesses that don’t even need physical premises!

Another big facet that technology has changed is business security. Anti-burglary measures, such as sophisticated motion sensors and digital CCTV systems, have meant that industrial depots are at much less risk of losing their resources to criminals. However, this isn’t the only front that has been strengthened against crime. Cybercrime, a class of offense that has only been around for a few decades, means that sensitive and valuable information can be stolen from businesses, used to plan other kinds of theft, or even sold to competitors. However, just like always, this new crime was met with new deterrents. Anti-virus and anti-spyware software is now pretty much standard for any computer, but businesses have needed to implement even stricter security measures to keep their information safe.

The progress of tech has also meant that cost management has greatly improved. If there’s one aim which is shared between pretty much every business, it’s to increase their profitability. With all the technology modern business owners now have access to, this has become easier than ever. With all the fiscal software which has entered the scene in recent years, it’s become much easier to see the amount you’re investing in which areas, where you can make cut backs and where you need to be spending more. However, there’s a whole other side to the coin. With all the modern tech in place at your average modern business, it’s become so much easier for every employee to see the fiscal impact their work has on the business. This, in turn, has encouraged greater productivity and dedication to the tasks which are more important to the business’s bottom line.

There you have just a handful of the ways that the progress of tech has changed modern business. Who knows where it will go in the future?

I Write Things.
Related ItemsOfficeTechnologyWorkplace
← Previous Story Here’s How Tech Is Making The Construction Biz Low Impact And Sustainable
Next Story → Variscite Introduces A New System-On-Module With A Real-Time Coprocessor At Only $39