Teen Develops An iPhone Tweak For A High-Tech Promposal [VIDEO]

A recent survey from Visa found that promposals cost an average of $324, which seems totally reasonable.

But if you happen to be a high schooler/developer like Phillip Tennen, you can code your own original and totally free promprosal.

Tennen shared his tweak on Reddit, and made it available for tech-savvy teens to try.

To run the program, you text “Hey babe, can I ask you something?” and once the text has been read, a screen with the straightforward message, “Prom?” shows up with the options “yes” and “no.” Although, the program doesn’t actually take no for an answer. 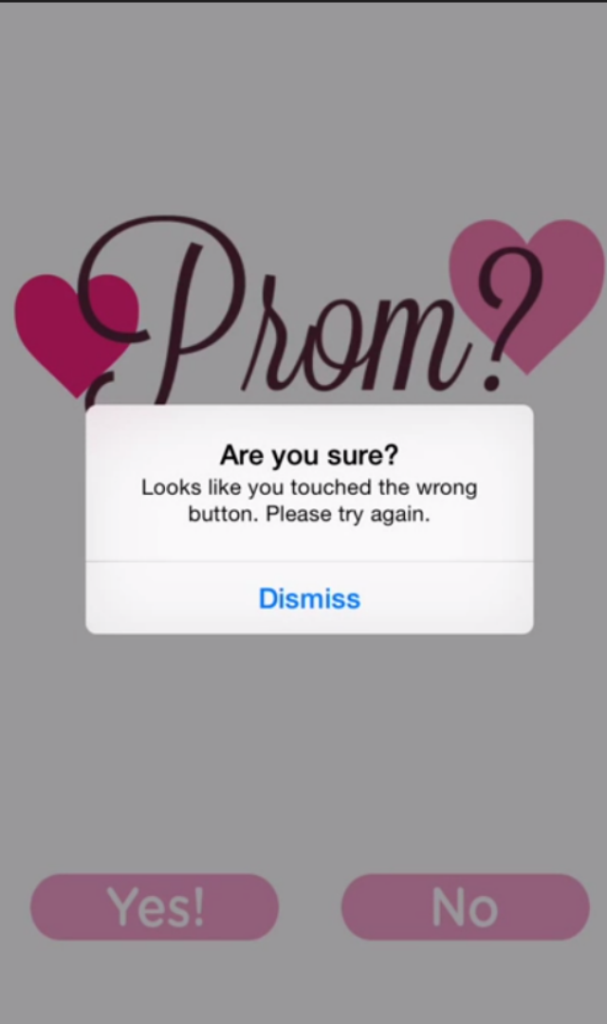 Tennen says that he has no idea how many times his girlfriend may have e-declined his invite, but she eventually said yes, and the pair will attend the big dance together.