The Internet Is Going Insane Over This Sexy Mexican Weatherwoman [VIDEO]

Meet Yanet Garcia, a weatherwoman for Televisa Monterrey in Mexico. Garcia has become the talk of the Internet over the last month, generating thousands of tweets and posts on social media.

How long before Yanet Garcia is doing weather for Fox News (Google is your friend)?

Yanet Garcia predicts the weather like Our "Helga". With Yanet the weather is NOT important. http://t.co/pVh1qCLFQs pic.twitter.com/ihLlNJf27N

She’s even made her way to the Indian tabloids. 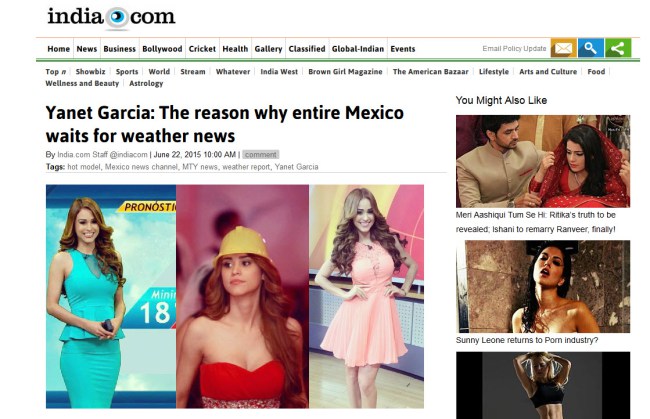 Because most of her “fans” can’t access Televisa Monterrey, Garcia makes her weather reports available on her own personal YouTube channel. Several of these clips have more than 50k views in just the last few days. 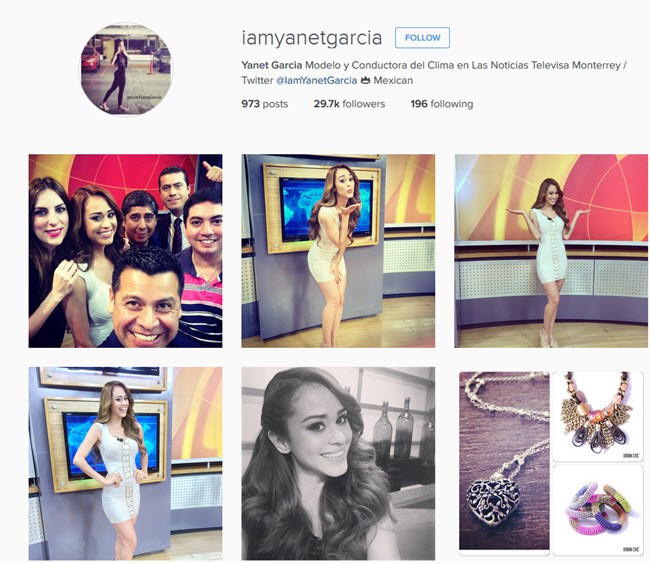 And someone is squatting on her subreddit.

I Write Things.
Related ItemsMexicanMexicoTelevisa MonterreyVideoViralWeatherwomanYanet Garcia
Next Story → This Is What The World Pretty Much Looks Like In 2015 [IMAGES]