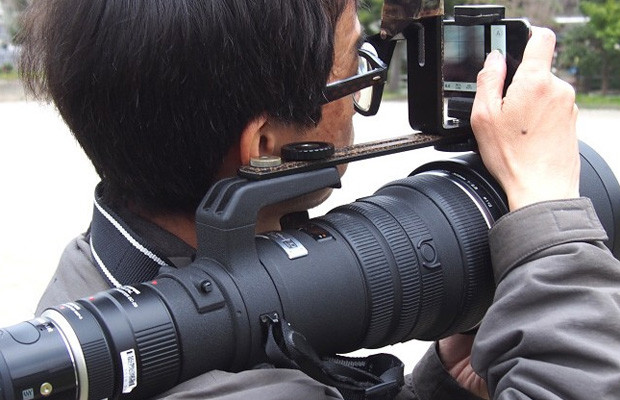 It may seem that April Fools came a bit late, but make no mistake, this is serious business. Thanks to the Olympus Air A01 module and a ZUIKO DIGITAL ED 300mm f/2.8 lens, your smartphone camera, puny in comparison, can achieve a super telephoto lens effect equivalent to 1,200 mm. There is just one catch. The module is so long and so big that the only comfortable way to use it would be to hoist in on your shoulders, effectively making it look like you’re about to literally shoot something instead.

Olympus took Sony’s QX line last February when it introduced the Air A01 wireless camera. In a nutshell, the module and the smartphone work in tandem to deliver photo quality you’d expect from more specialized digital cameras but leveraging the connectivity of a smartphone, without having to buy a separate digital camera (though you are actually doing so, in effect). One difference between Sony’s and Olympus’ systems is that Olympus provides an SDK for developers to utilize for their own apps and purposes.

Another difference is that, from the onset, the Olympus Air A01 was already larger than Sony’s QX lenses. This latest module, however, trumps all that. The setup basically attaches a very long ZUIKO zoom lens to the Air A01 module, itself “attached” to a smartphone. The end result is a very powerful zoom capability but at a significant price of bulk and heft. 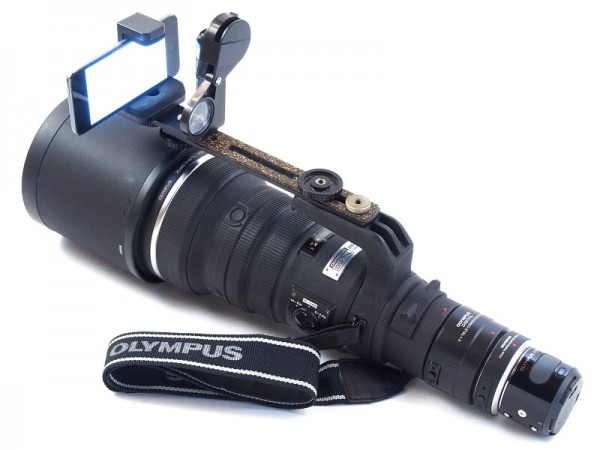 The whole setup is quite large and, while there are probably other ways to prop it up, DC.Watch, who cooked up the odd combo, suggests that the best and most stable way to use it would be to put it over one’s shoulders. That might also not be the safest or smartest way to use it. It pretty much looks like a rocket launcher and, if you ever plan to use it outside in public, be prepared not only for stares but probably for arrests as well. Luckily, this is a do-it-yourself setup, which means you should probably know what you’re getting into when you decide to put it together.