Trends In Construction: Building The Future 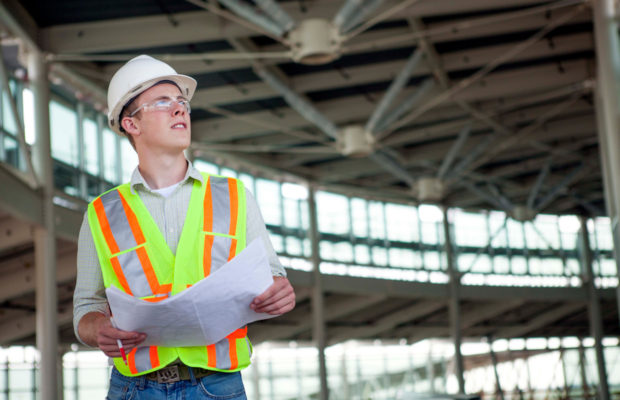 Trends in the building and construction industry have begun to shift over the last few years. While some of these changes are just recently becoming apparent, it’s a good idea to stay aware of which direction they are heading. The industry is likely to follow them through the upcoming seasons.

Pragmatism is taking over tradition, as many businesses are forsaking the old way of having the contractor redraw the initial engineering documents. To expedite production, companies such as Layton are beginning to maintain the entire process on an in-house basis. This includes the engineering, coordination, and creation of the documents. As Layton has shown, this process condenses the steps and saves money and time.

Types Of Materials
Among the passing of old traditions includes the type of materials formerly used. The industry is saying goodbye to high-maintenance and fragile supplies. Heat exchangers, smart windows, and wind turbines are now primarily composed of unbreakable components. This tendency is expected to extend to cladding for buildings as innovation in technology continues.

Moisture-resistant materials may be the wave of the future. Researchers at the University College London have developed nano-particle coatings so impermeable that they can be scratched or exposed to oil and remain nonabsorbent. The finish, which is composed of coated titanium dioxide, acts like a shield, deflecting many types of liquids. The stock has been tested and used to a limited degree, but it is expected to become more commonplace in the future.

Concrete is another item that may be up for a change. Although it has long been considered the foundation of stability, researchers are finding they can make concrete stronger and tougher by adding cellulose nanocrystals to the mix. When the nanocrystals are added, they offer a more flexible surface with superior impact resistance. Further, the nanocrystals cause the concrete to harden faster, reducing carbon emissions. This technique can be used in a variety of applications, many as yet unexplored. A faster result providing a smaller environmental footprint gives plenty of reasons why this new method of applying concrete is an attractive trend.

Since energy consumption is a topic of concern for most consumers, it has also become a priority in the construction industry. Occupancy sensors are one example of a smart way to maintain minimal energy usage. An occupancy sensor will detect when carbon dioxide is present in an area. This tells the sensor that the room is occupied, and it will thus trigger a change to the ventilation within the space.

Massachusetts-based Aedi Construction is a leader in constructing buildings that are energy and resource efficient. The U.S. Green Building Council granted Aedi special recognition for producing the first LEED multi unit homes in the United States.

Modular construction has become a trend over the past several years, but it is expected to reach a new height in the near future. Permanent modulars have become a staple for customers who are limited on time and need to erect a building on short notice. This type of work is easily modified, offering the option to add additional rooms to the initial building later. The sections, known as modules, typically are built before they are transported to the final location. Once the foundation is laid, cranes will position the modular.

One of the strong points of modular homes is the pre-fab designation. Pre-fab construction is taking hold as the convenient way to forego bad weather and other delays that can happen on-site. When the major portion of a building is put together in a controlled space, the builder has a better handle on the materials, schedule, and convenience. This approach is gaining popularity, since the construction is done with minimum risk, and the added advantage of increased productivity saves money and time.

Among the trends that are evolving in today’s building and construction industry, Hallmaker holds steady in its traditional use of steel. In the Northern European market, steel remains the material of choice, despite trends that may sway other companies. Besides being faster to erect than most other types of buildings, steel can withstand a plethora of weather issues, be it wind, earthquakes, or hurricanes. Steel is recyclable, making it more cost-effective and environmentally friendly than many other materials. Its components are reusable and can be given new life in other projects. This ability to revamp steel is one of its greatest assets, as the recycling process typically does not require costly demolition.

Not only is it appealing from the recycling end, steel is a clean material that does not generate as much pollution as many other construction materials. If a building is using prefabricated steel elements, it requires less storage space than other materials would. The elements are installed easily and, therefore, tend to leave less waste around the building site.

Compared to other construction projects, a steel frame is low maintenance and not difficult to keep up over the life of the building.

A steel building invites easy customization for new applications. “Stronger than steel” may be a cliché, but in reality, steel has long since earned its reputation. It continues to not disappoint. The inherent flexibility of the stuff makes it easy to attach an addition to an existing structure. Steel is a versatile material that is suitable for a variety of applications. It has been used for the building of everything from boathouses to aircraft hangers. There is a reason that metropolitan skyscrapers are made of steel, standing tall in such close proximity for decades. The flexibility and endurance of steel make it the perfect material for the urban lifestyle. Its long-term durability has led to its commercial use in some of the most recognizable structures in the world.