Understanding Semantic Segmentation: A Guide In 2021 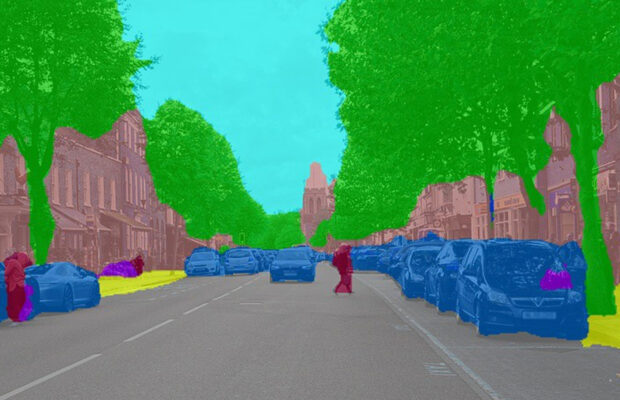 It’s very easy for humans to identify various objects in a picture. In fact, it doesn’t take up to a second for them to do this. However, this is different for machines because they don’t utilize sensory perceptions like humans but rather follow a set of automated rules. Among such practices is semantic segmentation, which enables them to recognize images by linking the pixels in an image.

Semantic segmentation refers to the process of linking each pixel in an image to a class of labels. Its image classification at the pixel level; every image pixel, must be associated with a particular class label. These labels may be people, cars, plates, cups, buildings, animals, flowers, fruits, to mention a few, among other labels.

These are tools that can be used to label images and train a segmentation model. The tools are grouped into two, namely classical and deep learning systems. Both methods are discussed below:

This is the first advanced method of performing semantic segmentation. The fast fully connected network is one of the simplest and famous architectures for producing impressive image results.

It’s rethinking dilated convolution algorithm as the backbone for semantic segmentation. This architecture would first down-sample the image to a smaller size through a series of convolutions, usually called an encoder. This encoded output is then un-sampled through bilinear interpolation or a series of transpose convolutions known as the decoder.

The U-Net is an improved version of FCN architecture. It relies on the heavy use of data augmentation to identify the annotated images correctly and uses a fully connected convolutional layer. It has to skip connections from the output of convolutional blocks to the receiving input of the transposed-convolution block at the same level.

Its skip connections provide gradients to flow better and give information through multiple scales of image sizes. The architecture consists of a contracting path that captures context, including a symmetric expanding path whose function is to enable exact location. This semantic image segmentation model is more effective in identifying images because it’s initially designed for medical image processing when lots of training data were unavailable.

Classical methods consist of the first set of approaches used for image processing to segment images into regions of interest. This method has two types: gray level segmentation and conditional random fields.

Gray Level segmentation is the simplest of all semantic segmentation forms. It involves using hard-coded rules or features a region, must have before getting assigned to a specific label. The rules can be framed in association with the pixel’s features, such as its grey-level intensity.

The type of method that uses this gray level segmentation is the split and merge algorithm. This algorithm method recursively split an object into various sub-regions before finally assigning a label class to it. After this, it puts adjacent sub-regions with similar labels by merging them to satisfy the pixel’s features.

The conditional random field is a statistical modelling method used for structured prediction by considering the prior relationship between image pixels before predicting the labels. It’s used as a post-processing tool to improve the performance of the algorithm.

However, you should know that this process may be costly during inference on computers and mobile devices. It uses a set of parameters that must have been hard-coded, making it hard to be used for the whole test of a set image. Add a CRF algorithm as an additional layer to your Neutral Network in the form of a Recurrent Neutral Network to make it trainable for labeling the whole test of a set of images.

Semantic segmentation has been evolving with time. It has gone past the stage of labeling images by using classical methods to deep learning techniques, which simplifies and improves semantic segregation efficiency. With this development, semantic segmentation can now be applied to different real-life applications with continuous improvement towards enhancing the performance of different algorithms.

About Sandra: With over 9 years of search marketing experience, Sandra is cross skilled between PPC and SEO. Her experience in search spans across different verticals including Technology, Retail, Travel & Automotive.
Related Items
← Previous Story Understanding Different Approaches To Self-Driving Vehicles