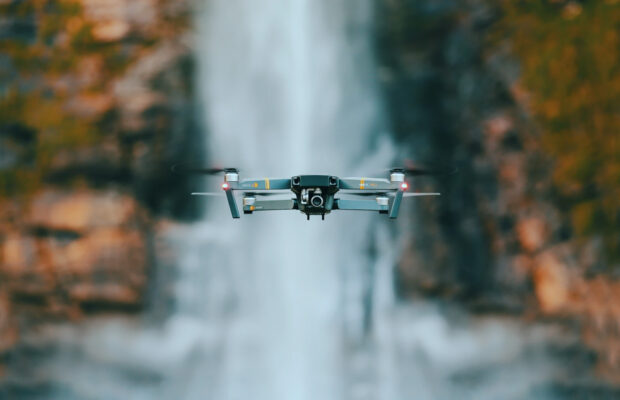 The drone technology industry continues to grow as an increasing number of companies have begun to produce what are essentially flying robots. They’re now available from numerous retail outlets, so it isn’t hard to find somewhere to buy one form. In fact, it’s about to become even easier, as there are expected to be over four million fronts registered in the U.S. by the end of 2020.

While an increasing number of people are realizing the potential of drones, there remain a number of myths surrounding them. Like with any technology, there are pros and cons. Here we’re going to look at the pros and cons of drones and who uses them.

Usefulness: Drones are a great example of just how practical technology can be. They offer ways of doing things we already do, but faster. They make life easier for law enforcement, as well as security forces like the police and the military, and the media and journalism sector. We can expect to see a greater number of apps to be developed in the year ahead. It’s exciting just to imagine what capabilities and features will be included in the top-ranked drones in the future.

Inexpensive & User-Friendly: Unmanned vehicles can eliminate certain expenses for fuel and manpower. As drones offer accurate views of areas that are hard to reach, it’s great for search and rescue missions, as well as surveillance teams, without costing too much. As it’s easier to fly, a drone is also a more convenient and cheaper alternative to a helicopter.

Great Media: Drones can help to capture stunning and cool imagery that’s sure to attract numerous likes on social media platforms. By investing in a camera drone, photographers can give their business a boost. And independent filmmakers can improve the production value through great aerial shots by using the very best drones, which only studio creatives previously had the opportunity to do.

Invasion Of Privacy: The main concern surrounding drones is the issue of privacy. As operators can probe an area and potentially trespass on someone’s property, it has potentially distressing and frightening consequences. People can spy to seek information without the subject ever being aware of it. Paparazzi agencies have even begun investing in drones to spy on celebrities. Now technology exists to let someone know if there’s a drone hovering over their property, so something is being done about it. There just needs to be more people being aware that this facility exists.

Accidents: Drones are prone to accidents. Without an individual having the necessary knowledge and training to fly a drone, they could crash it and either hit someone or destroy something. Incidents have been reported where drones have flown close to airports, which resulted in injuries, along with risks of collision.

Legal Issues: There still exist some gray areas, however. Government rules state how and where to fly without breaking the law, although restrictions may vary from one place to another. And rules have been set by the Federal Aviation Administration related to the private use of remote-controlled aircraft.