Home / Mobiles / Apple / Yes, Stephen Colbert Did Get An iPhone 6 Plus Before You Did

Yes, Stephen Colbert Did Get An iPhone 6 Plus Before You Did 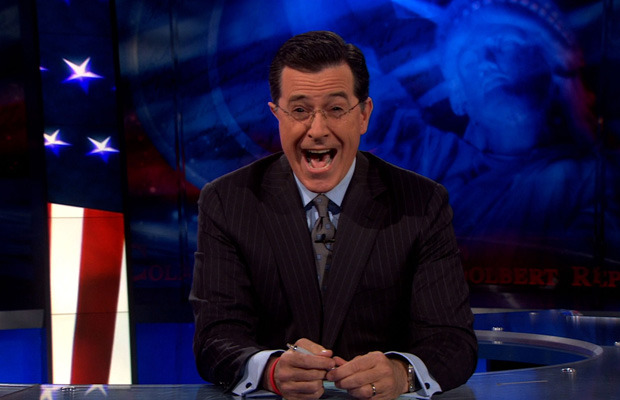 Long time Apple fan Stephen Colbert managed to get the iPhone 6 Plus before nearly anyone else in the US, and showed it off on Thursday’s night episode of his talk show The Colbert Report.

Colbert joked that his iPhone 6 was pre-loaded with nude photos of Bono, referencing both the free U2 album on iTunes controversy with the nude celebrity photo leaks scandal.

Colbert also made some fun of how much time we all spend on our smartphones and brought up a recently launched app called Checky, which offers users a way to see the number of times they check their smartphones every day. It even lets them compare those numbers with their friends in a kind of leaderboard.

We will update this post with the full episode of Thursday’s The Colbert Report once it goes online. In the meantime, are you jealous that he got the iPhone 6 before you did?

I Write Things.
Related ItemsAppleiPhoneMobiles
← Previous Story Clearing Up The iCloud Drive Confusion: No, There’s No iCloud Drive App On iOS!
Next Story → iPhone 6 Plus Skinny And Not So Skinny Jeans Test