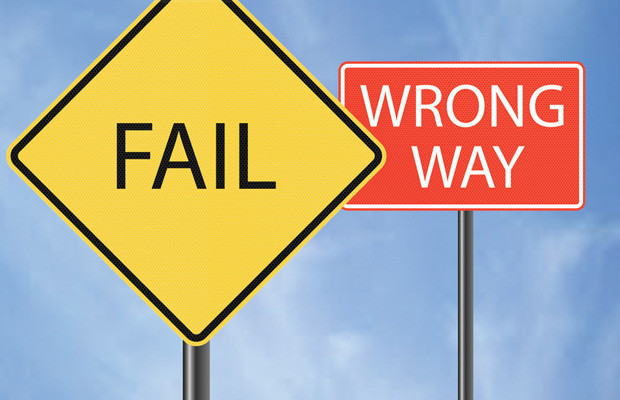 Facebook was founded in 2004, Twitter in 2006. Even Instagram’s been around for almost five years. So you can’t say this stuff is new anymore.

For some strange reason, however, more marketers and brands than not are still struggling to make heads or tails of social media. Whether they’re surprisingly misinformed or just plain lost, they’re wasting their time and missing the boat. They’re failing to take advantage of what may just be the biggest revolution in communications since the printing press.

To say that’s unfortunate would be an understatement.

After all, done right, social media marketing can be a big game changer. It can be an incredibly effective way to attract the attention of your target audience, engage with them, and curry their favor. Far too many go into it without doing their homework, though, their false assumptions and inexperience undermining any chance they have for a successful social media program.

Are you making these same mistakes? Are you doing it all wrong despite your very best intentions? You most certainly are if anything that follows sounds even remotely familiar.

The last thing you want to do is overlook the first thing you should do. Take pause before launch to map out the route you’re going to take on social media. Identify your target audience. Research the competition. Determine your objectives. Choose your tools. Develop your content. Then act accordingly. Eat. Sleep. Tweet. Repeat.

While no one is saying you can’t be a hit as a solo act on social media, your chances of success are much greater if you belong to a team. There are only so many hats one person can wear well. Strategic direction. Writing. Design. Marketing. Branding. PR. Web development. Analytics. You name it. You’ll make a much bigger impact if you divide and conquer.

Of course, you’re not writing the great American novel. Far from it. But the importance of quality content can’t be emphasized enough. Even in 140 characters or less, punctuation, grammar, and word play reign supreme. Think like a good journalist or copywriter. Better yet, hire one.

While it’s good to be in more places than one on social media, don’t get carried away with the notion. It’s better to be active on one or two channels than to be conspicuous in your inconsistency on a handful. Don’t try to be all things to all people. Fish where the fish are. Strike a happy medium between quality and quantity.

Of course, what might be even worse than being all over the place is being painfully predictable. Putting out the same kind of content in the same place day after day is of little interest to those on the receiving end. It’s boring. It’s monotonous. It’s an easy way to lose an audience.

6. You’re not posting in real-time.

One of the biggest distinguishing characteristics of social media is its real-time nature, the fact that it makes it possible for users to connect with one another instantaneously. Canned content written and scheduled in advance will only get you so far. You’ll have greater influence on your constituency if you share extemporaneous news and commentary on at least an occasional basis.

7. You’re not being yourself.

Don’t try to fake it till you make it. Keep it real from the get-go. Transparency and authenticity are not an option on social media. Offer your opinions, not just the facts. Win friends and influence people with refreshing candor. Mean what you say and say what you mean. Put a face on your brand every step of the way.

Don’t be the account that only talks about itself. Don’t be a self-centered know-it-all. Pay attention to what others are saying not just about you and your brand, but about their own products and services, too. Mine the media for knowledge and expertise as much as mentions, questions, criticism, and praise. Thank people for sharing your content and don’t forget to return the favor.

Whatever you’re doing on social media, do it on a regular basis. Disappear for even just a few days and you’ll be testing the loyalty of those who follow you. Your content stream should serve as a virtual extension of you and your brand, leaving an indelibly consistent, not scattershot, impression on your audience.

Written communication is far more informal than it was back in the day. But that doesn’t excuse you from making typos or blatant grammatical mistakes. Some colloquialism and slang is called for on social media. But so is some measure of decorum and professionalism.

A good sense of humor goes a long way on social media. Accounts that are spirited, playful, irreverent, and even mischievous (in a good-natured way) tend to be popular. Don’t hesitate to share a few laughs with your followers and fans. Social media works best for brands that take their products and services, not themselves, seriously.

It’s much better to be safe than sorry on social media, but that doesn’t mean you can’t go out on a limb once in a while and express your creativity. Be colorful, not controversial. Bold, not brash. Avoid arguments at all costs and always take the high road. But show you have more than just a pulse, show you have a personality.

13. You’re not sharing any pictures.

It’s no secret that visual content on social media commands attention. It really doesn’t matter what kind, either. Stock images. Candid shots. Video. Instagram. Vine. Complement your words with pictures in any way, shape, or form and stand out amid the clutter.

You may have the most compelling content imaginable, but you still may not be seen by enough people on social media. Organic reach is down. Attention spans are short. The best laid plans can easily go astray without putting at least a small budget behind your efforts.

Branding is important, but like any other form of marketing, social media marketing is all about the results. Establish your goals and develop a methodology for measuring your performance. As Stephen Covey wrote in his book The Seven Habits of Highly Effective People, “Begin with the end in mind.”