GoPro cameras are great for capturing your view of what you’re doing, but recording yourself usually involves poles or another person. The IRIS+ from 3D Robotics now gives you the opportunity to have a drone as your personal camera crew.

According to 3D Robotics, the quadcopter is the first consumer drone with “follow me” technology. Using 3DR’s 3PV (third-person view) Follow Me feature, the IRIS+ can be set up to follow any GPS-enabled Android device. The gimbal is also controlled by the 3PV system, so the camera stays centered on you while keeping the image stabilized.

Beyond that, 3DR’s DroidPlanner app can be used to plan flights just by drawing a flight plan on any Android tablet or phone and giving you as many waypoints as you want. The IRIS+ can even keep the camera focused on the same location throughout an entire flight. Automated mission planning can be done with Mac, Windows, and Linux computers, too. 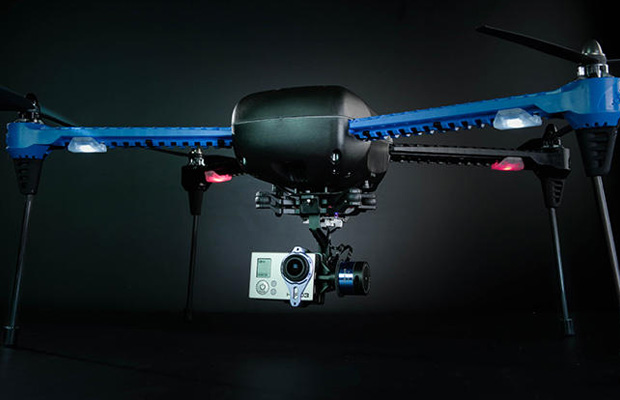 The IRIS+ has some design improvements as well, including self-tightening screw-on propellers and LED orientation lights. It also has an improved power system and lighter-weight arms and legs for longer flight times. However, you might still find its flight times of between 15 and 20 minutes on the short side depending on the activity you plan to capture.

The 3D Robotics site has more details on the IRIS+, or you can buy one now starting at $750. That price is a little deceiving since it doesn’t include the $219 gimbal or a camera . Even with those additional costs, the IRIS+ is competitively priced considering all that it can do. Region-specific pricing was unavailable, but that $750 starting price translates to roughly £466 or AU$808 in the UK and Australia, respectively.