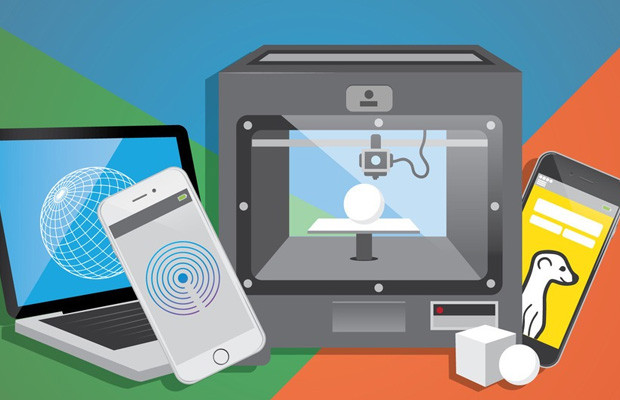 Geeks, techies and innovators rejoice: It’s that glorious time of year again, when South by Southwest’s Interactive conference unites startups, bright minds and tech industry leaders to examine the most groundbreaking trends impacting our modern world. Some of the planet’s most forward-thinking technology companies embrace SXSWi as a showcase and testing ground each year, and 2015 is no exception.

There’s been a great deal of speculation about the highly anticipated trends of this year’s conference, and from a technology perspective, we’re not disappointed. From live-streaming video apps to 3D-printing flying robots and self-driving cars, we’re seeing some crazy inventions, products and future tech emerge in Austin.

Below are five of the most interesting and prevalent tech trends we’ve noticed thus far.

The breakthrough app of the conference is Meerkat, a live-streaming platform still in its early days of existence (the app was just launched about two weeks ago). Journalists and attendees are using the app to broadcast their own experiences of the flurry of activity at SXSWi, and wishful viewers who aren’t able to attend the conference in person are able to vicariously experience events — such as MashBash, which was live-streamed using the app — via online video. The app surpassed 100,000 users over the weekend, and drew sharp comparisons to Twitter’s breakthrough SXSW presence in 2007. 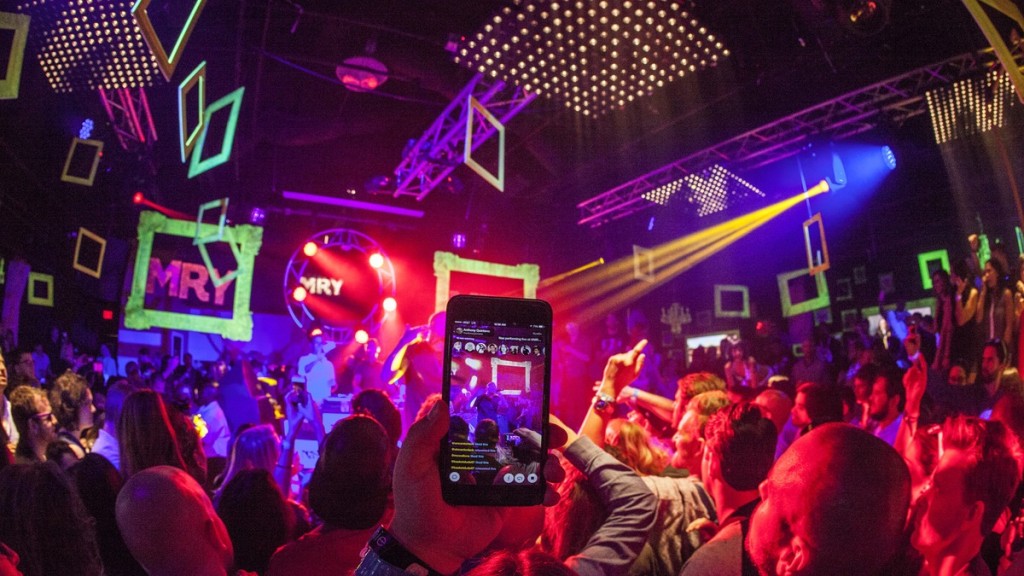 And Meerkat, although it may be the most recognizable name in the live-streaming space during this year’s conference, isn’t the only platform getting press and spreading the scene in Austin to remote viewers — Teleparty, Stre.am and Periscope (still in beta) all aim to provide similar services. The takeaway: Video is the name of the game in 2015, and a variety of apps, startups and media companies are aiming to capitalize on the trend.

Wearables at this year’s SXSWi extended beyond simple fitness trackers — a slew of meetups, panels, discussions and events centered around wearable technology. 3D-printed fashion,”smart” textiles and the impacts of the “quantified self” were among just a few of the focuses on wearables; The Emperor’s New Wearables event examined what lies in store for technology in the fashion industry, and even the concept of “wearable drones” made cameo appearances throughout the weekend.

But one of the noticeable trends related to wearables at SXSWi included technologies pushing the boundaries of simple fashion — with a focus on innovation from a global and social good angle, more and more wearable technologies appear to be tackling larger social issues. For example, the world’s first “smart band-aid,” aimed at helping in the fight against Ebola, was unveiled at this year’s conference.

Relating to health and technology, an interesting panel on “extreme bionics” explained the future of prosthetics and human augmentation. 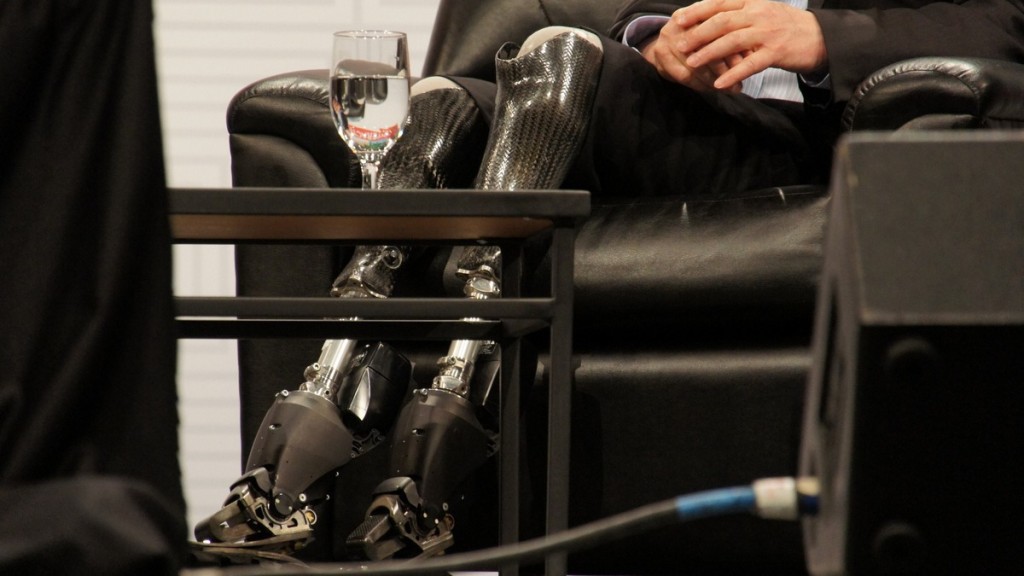 The technologies in this industry in development today, suggested Dr. Hugh Herr, who recently established the Center for Extreme Bionics at the Massachusetts Institute of Technology’s Media Lab, will have vast implications not only for amputees, but also for the elderly and those who may suffer from degenerative disease. “I think we will all be surprised at the speed at which bionics occurs in this century,” said Herr.

Though the trend is far from a newcomer to SXSWi, the prevalence of robotics went to new and quirky levels this year with SXSW’s first ever Robot Petting Zoo. Attendees at the three-day event were able to touch, operate and program robots of varying sizes and capabilities — including a robot that actually 3D prints while flying. The social good focus, evident throughout the week in a variety of forms, shone through in this event too. Organizers offered explanations of the field of robotics and how the industry is leading to breakthroughs in disaster-relief and humanitarian crises — as well as the potential for scientific exploration of unknown landscapes typically inaccessible to humans (such as space or the deep ocean).

Robotics-related panels included The Rise of the Social Robot and The Personal Side of Robots, both of which focused on the future of artificial intelligence and how we’ll interact with robots in our homes and throughout our daily lives in the years to come.

“Many of us have been fascinated by robots for many years, long before we could actually build robots that are like the ones of our imagination,” said Dr. Cynthia Breazeal, founder and CEO ofJibo, Inc. and associate professor at the MIT Media Lab, during the panel on personal robots. “We’ve been waiting for the time when these robots are going to come into our homes and our daily lives — and I think the time is finally upon us. I will argue that we are at this inflection point; I think, in many ways, because of the mobile computing revolution and the cloud computing revolution, and the drivers on that to make sensors/computation/wireless networking very high-performance and cost-effective, it has allowed us to finally build sophisticated robots at a mass consumer price point.”

Not everyone attending the conference was there to support robots, however: A small group of protesters actually staged an “anti-robot rally,” which organizers stressed was to raise awareness about the potential concerns associated with artificial intelligence — similar sentiments expressed by world-famous theoretical physicist Stephen Hawking and Tesla founder Elon Musk have made headlines lately.

Overall, though, most SXSW attendees appeared supportive of the trend — the Robot Petting Zoo drew a good deal of attention from attendees, providing a family-friendly and overall lighthearted environment for exploring some of today’s coolest robotics technologies.

If there’s one technology truly emblematic of a futuristic vision of our cities, it may just be the self-driving car. A variety of panels, events and discussions tackled this topic, such as Cars: Back to the Future and the Connected Car Pavilion on Saturday, which showcased a variety of futuristic auto models. The focus went beyond self-driving technologies and into the implications for connected cars — such as the future of data analytics when it comes to traffic patterns and auto safety.

“I think in 10 years, if not five years, we are definitely going to have cars that are fully autonomous,” said C-3 Group President Doug Newcomb in an interview with KXAN.

“The technology is going to be here before we know it.”

Automotive supplier Delphi unveiled its huge upcoming undertaking in relation to self-driving technologies, too: The company announced plans for the first completely automated, 3,500-mile drive across North America, beginning March 22 in San Francisco and ending at the New York Auto Show in New York City in April. The journey is more than just a publicity stunt — it will test conditions, weather and terrain to put the self-driving vehicle (an Audi SQ5) to the ultimate road test. The vehicle will be accompanied by a human driver to oversee the trip and ensure smooth sailing.

As for the actual transportation for shuttling attendees to and from SXSW, both Uber and Lyftwere legally allowed to operate in Austin for the first time in the conference’s history this year, thanks to a city ordinance passed last fall — a major victory for the ridesharing services.

5. iBeacons and Internet of Things

Last but certainly not least, the Internet of Things continued to be a hot topic at this year’s conference. The term, referring to the plethora of connected and “smart” technologies infiltrating virtually every industry, reared its head throughout SXSWi, both in conversation and through the widespread use of iBeacons. The ubiquitous technology, which enables easy communication for smartphone-wielding event-goers, was front and center at the conference — it allows attendees to locate one another based on interest, find relevant people/speakers attending various events and network in a truly 21st century fashion. 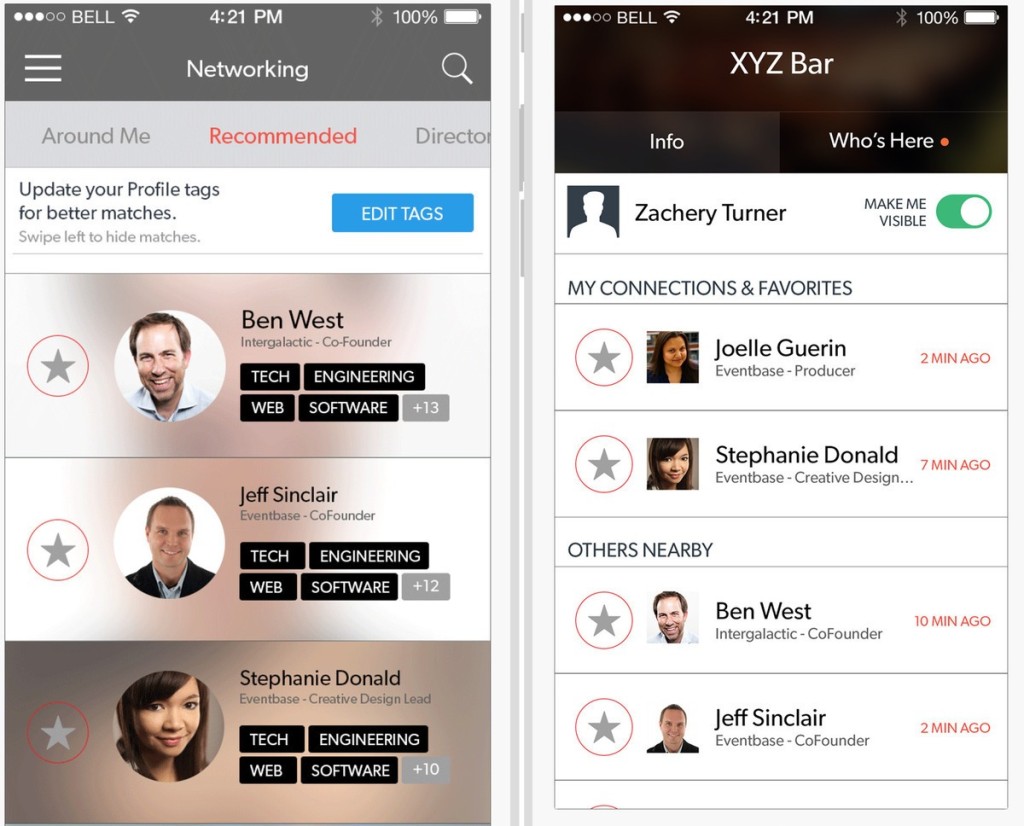 “SXSW is using beacons to propel smart networking by using proximity in a way that was not previously possible,” said Scott Wilcox, SXSW director of technology. “Since SXSW takes place throughout the city, beacons are allowing us to use micro-locations and context in conjunction with attendee profiles to help people sync up in real-time.”

An Internet of Things meetup as well as numerous panels, events and discussions permeated the week — speakers and demonstrations on smart/connected tech, its implications for our cities and global community, and challenges that lie ahead for an IoT-connected future captivated audiences.

I Write Things.
Related ItemsSXSW
← Previous Story This Startup Wants To Take On Uber And Lyft With Self-Flying Cars
Next Story → Your Next Website Feedback Form May Be As Smart As This