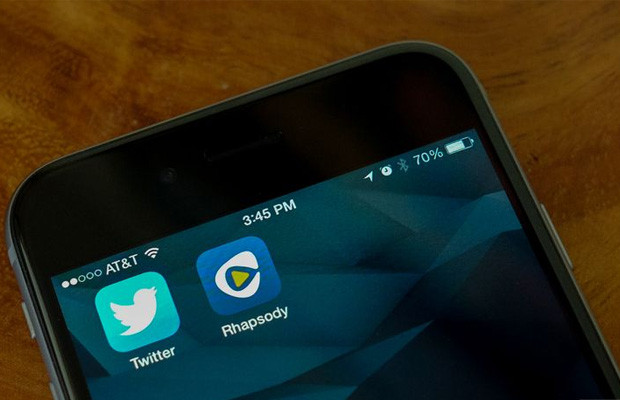 Twitter and Rhapsody have teamed up on a new feature that allows the music service’s subscribers to share full-length tracks on Twitter that anyone can listen to, even if they don’t have a subscription themselves.

Rhapsody announced the partnership Tuesday at SXSW in Austin, Texas, and the feature is already available to Twitter’s mobile users.

The feature uses Twitter’s audio cards, a tool first introduced last year that allows Twitter users to stream audio directly from tweets. But when it launched in October, the feature was limited to a set of early launch partners who were the only accounts that could share new audio cards.

With the new partnership, any of Rhapsody’s subscribers — the service says it has more than two million — can share any song from the site’s catalog to Twitter. The cards only work within the Twitter app though, so if you open the cards from the web you will be directed to Rhapsody’s website, where non-subscribers can only listen to a 10-second preview of the song. 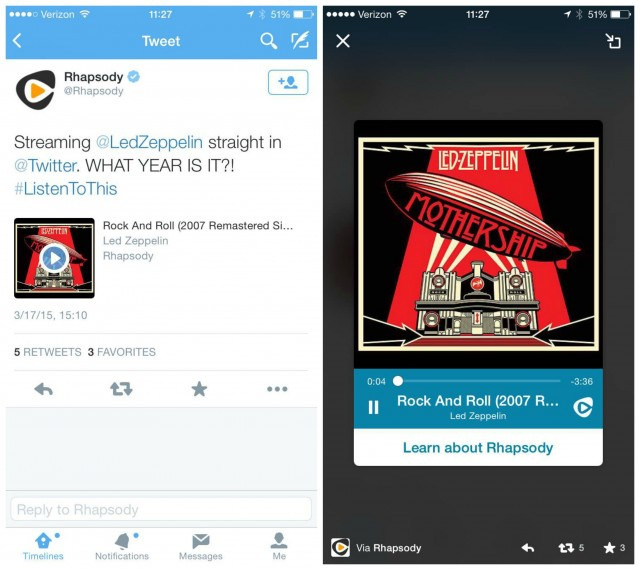 The company is hoping the partnership will lure more subscribers to its service, which still has fewer paid users than Spotify. Each Twitter cars also has a “learn more about Rhapsody” option within each card, which directs users to Rhapsody’s site.The site is also tapping into its relationships with artists like Wiz Khalifa, Pearl Jam, Fifth Harmony, Flo Rida and Hunter Hayes who will al release tracks from their upcoming albums via the new feature.