You Can Now Pay Your Friends Through Facebook Messenger 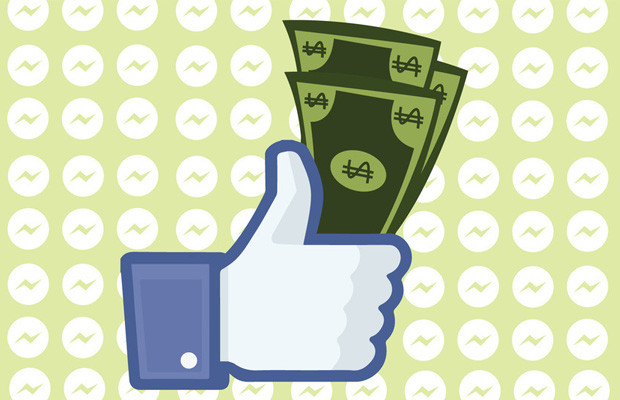 On Tuesday, the social network announced a new feature for Messenger that lets users send and receive money to one another. The feature will roll out to Facebook users in the U.S. across desktop, Android and iOS over the next few months.

Users who add their debit card information in Messenger’s settings section can send payments by striking up a conversation with a friend, selecting the “$” icon that will appear in the row above the software keyboard, and tapping “Pay.” Users who receive money do so by opening up that friend’s message and accepting the payment when prompted. Like bank deposits, payment may take up to three business days to go through.

Facebook users can only add their debit card information for now, a decision the company said was made to minimize fraud and avoid fees.

People already pay each other for various things like paying the rent or splitting the dinner bill, “so why don’t we finish those conversations in the same place we started?” Steve Davis, Facebook’s payments program manager, said.

With the new payments feature, Facebook is making a play to get users to stay on the social network for longer time periods, plain and simple. Digital marketing firm eMarketer estimated that adults in the U.S. averaged 21 minutes per day on Facebook in 2014 — the equivalent of 6% of their time spent online. Those are some solid stats, given Facebook remains the second-most trafficked site domestically and globally (behind Google), but like any Internet company, the longer people spend using their service, the better.

“It’s really about, ‘how do you keep Facebook sticky?’ How do you get users to play in a different way that’s beyond just communications?” explained Forrester Research Vice President Sucharita Mulpuru.

Higher engagement lowers the odds of Facebook users resorting to outside services that may be competition now or in the future. Persuading users to share their payment information with the social network also opens the doors for potential revenue-generating opportunities down the road.

“If Facebook gets a ton of credit card and payment details, and if consumers could complete transactions for physical goods on Facebook, and if Facebook actually chooses to do so in meaningful ways, they would be able to better target buyers, which could raise their advertising rates,” said Mulpuru, conceding those are a lot of ifs. It’s also unclear how much Facebook needs payment data to punch up its advertising, given ad revenues are already on a tear.

The move makes more sense given mobile payments’ fast-growing popularity. Forrester Research estimates mobile payments will nearly triple in volume from $52 billion last year to $142 billion come 2019. Entering the space is a no-brainer for a player like Facebook, which sees 745 million of its users — roughly half its user base — sign on via phone or tablet. 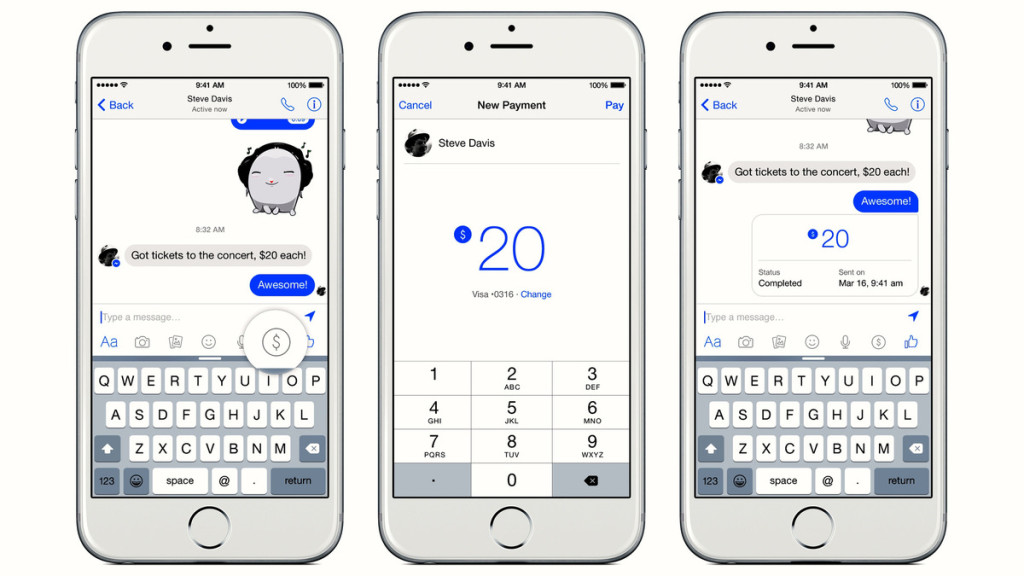 It also could help improve Messenger’s image. The social network ruffled feathers last year when it split off Messenger into its own separate app. For Facebook users who wanted to continue messaging one another, it became a mandatory download. Baking payments into Messenger has the potential to boost the app’s utility for some.

With mobile payments in particular, Facebook is entering a crowded space. There’s Venmo, the PayPal-owned app that is particularly popular with teens and twenty-something adults, and Square Cash. Heck, even Snapchat wants in. The ephemeral photo-sharing service launched Snapcash in November, a partnership that lets Snapchat users pay each other inside the app. It’s unclear yet how Snapcash is doing, exactly, but it’s supposedly popular with a scantily-clad subset of folks who use it to charge for virtual lap dances.

Still, Gartner research director Brian Blau pointed out that none of those services have Facebook’s potential reach.

“Some app providers have offered person-to-person transfers for some time now, but not on the scale of say, Facebook,” said Blau.

Users may have concerns about sharing their banking information with the same network where people post animated GIFS and party pics, but Facebook says they shouldn’t worry. According to Davis, the software and equipment are PCI Compliant — the same security standard applied to credit card transactions — and stored in a secure environment separate from the rest of Facebook. An anti-fraud team will also track payments for potentially fraudulent transactions.

Whether enough Facebook users feel comfortable enough sending and receiving payments on the same platform they share updates with friends and family will be the big question in the months and years to come. But clearly it’s a question Facebook felt worth asking.