The Best Laptops For You Right Now - TechGeek365

Home / Reviews / The Best Laptops For You Right Now

The Best Laptops For You Right Now 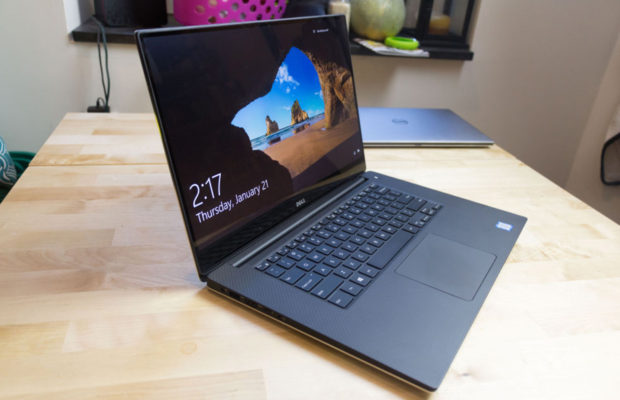 What’s life without a laptop? Possibly quite unproductive. The laptop is overtaking almost everything as the computer of choice. Move aside desktop and tablet; the portable laptop is here to stay. Now, there are plenty of options on the market, from the Apple MacBook to a standard Dell – We’ll go through the very best laptops for you, right now so your mind is made up for you!

It’s worth talking about the MacBook right away – the standard Apple MacBook is probably its most attractive offering and clocks in with a Skylake processor from Intel at 1.1GHZ as a starting point. That’s not much power, but this laptop has never been aimed at those who need power – it’s aimed for those who want simplicity and style in their bag. The classic uni-body design comes with a Rose Gold finish to match your iPad and iPhone – so if you’re a true Apple junkie, you can’t really look elsewhere – especially when you consider that iOS is going to natively link to all your Apple apps like Mail and Safari.

A Windows-based alternative to the MacBook is the Asus ZenBook. It looks like an identical twin to the MacBook but is so much more powerful in almost every single way. A long battery life and a noiseless heat-sink and an amazing display ensure that this Asus effort has the substance to match its style. What’s more – it’s a lot cheaper than Apple’s range and is going to come with more power.

Of course, you can’t talk computers without mentioning Google. The HP Chromebook 13 is a stylish little notebook that can complete your tasks with a nice HD screen. Google’s operating system works natively with your Google account and Android phone – so a great choice for those who aren’t signed up to Apple. It’s a premium Chromebook option. If you want to go smaller on the budget – the HP Chromebook 14 might be for you, but it comes with less performance than the 13.

Gaming laptops are pricey, but if you’ve got the money to spend look no further than the portable, powerful and oddly named Aorus X3 Plus v5. It’s got the top processor from Intel, a 6GB GTX 970m graphics card and can eat up almost any game available on Steam. There’s just so much mind blowing power on offer here and you can hook it up to a usb portable monitor or even better, a widescreen monitor for some gaming action. It’s also pretty portable as well, meaning that you can take your gaming anywhere – just make sure you keep this investment protected, otherwise you’ll be off for some computer repair!

It’s worth mentioning the Microsoft Surface Book on a final note. This 2 in 1 can be used as both a tablet and a laptop thanks to the detachable display. It offers an amazing screen capable of reading long web pages and can even afford the power for some light gaming.

There are plenty of laptops on the market and no matter your needs, there are a bunch of options for you – now go and save your money up!

About Sandra: With over 9 years of search marketing experience, Sandra is cross skilled between PPC and SEO. Her experience in search spans across different verticals including Technology, Retail, Travel & Automotive.
Related ItemsLaptopsReviews
← Previous Story 5 Best Anti-Malware Software For Windows
Next Story → Indigo IT – IT Support That Your Business Can Rely On