Can Refurbished Phones Really Be Trusted? 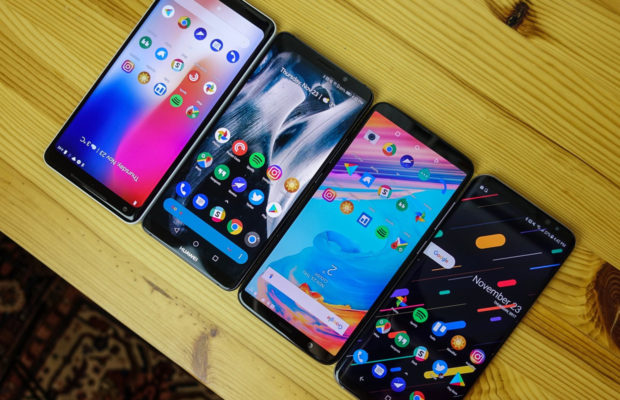 A refurbished phone is a phone that has previously belonged to someone and has been returned to a retailer (often as part of a trade-in program). Once a phone has been traded in, it will be tested, cleaned, wiped of its data, and repaired (if necessary) before being sold to customers. This is unlike a used phone, which is a phone that has not gone through the same testing process before it is sold by a retailer.

Refurbished phones have been gaining in popularity recently, as more and more people are seeing it as a worthy alternative to buying a brand new handset. In fact, according to a study by analytics firm Counterpoint, refurbished phones now make up close to 10% of the overall smartphone market.

With these figures in mind, you may be asking yourself ‘why are refurbished phones so popular?’ The answer is price.

Refurbished phones are typically far cheaper than their brand new counterparts, making them ideal for anyone who doesn’t want to pay a high price for their smartphones. Whether you’re on a budget or if you consider yourself a savvy shopper, buying a refurbished phone is better for your wallet than buying brand new.

What Are The Misconceptions About Refurbished Phones?

Because refurbished phones are so much cheaper than brand new models, there are misconceptions that refurbished devices just aren’t as good quality. But this just isn’t true.

One of the most common reasons why a phone is sold back to a retailer is because the owner just changed their mind. Maybe they saw a model that they liked better or maybe they purchased the wrong phone. Many smartphone owners trade in their handsets in order to get a discount off their purchase of a different phone.

Once these phones are sold back to the retailer, they are tested, data will be deleted from the device and the device will also be repaired if necessary. This may include replacing the screen (approximately 50% of people globally have experienced a cracked screen), replacing a worn out battery or fixing other parts that have been affected by water damage. Minor cosmetic damage (e.g scratches and worn finishes) are not generally repaired, but all good refurbished phone retailers will note the phone’s quality based on its cosmetic appearance.

This rigorous testing ensures that the refurbished phone is in working order, though for added peace of mind, many refurbished handsets also include a warranty which gives you time to return the phone and get a replacement on the small chance that something goes wrong.

Can You Really Trust Refurbished Phones?

One of the most frequently asked questions regarding refurbished phones is whether you can really trust them. Many people have heard the misconceptions listed above and some may hold doubts as a result.

But it’s clear that refurbished phones can actually be trusted: the numbers don’t lie. Millions of people are buying refurbished phones because they understand that the handsets offer them much better value for money and work as good as new.

It’s also why the refurbished phone market is set to grow: that same Counterpoint study mentioned above revealed that the market grew by 13% year-on-year between 2016 and 2017. As more and more people realize that they don’t need to spend quite as much money on the phone they want, those figures will only increase even more.

I Write Things.
Related ItemsMobilesRefurbished
← Previous Story Four Tips For Boosting Your Cellular Signal
Next Story → These Are The Best Budget Phones For 2018