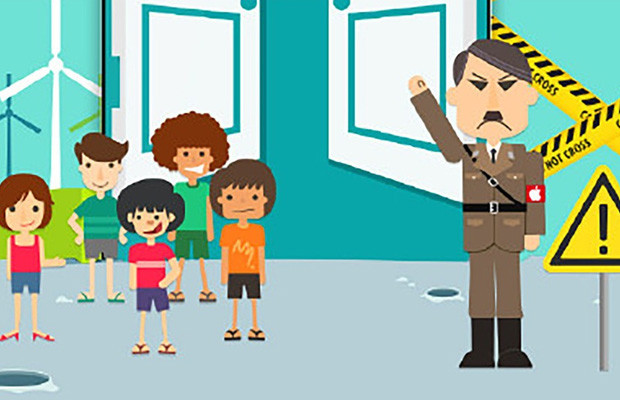 A billionaire Chinese tech mogul criticized Apple in a strange graphic equating the company to Hitler.

Jia Yueting, the CEO of Chinese video site LeTV.com, called out the “iOS arrogant domination” model on his verified page on Chinese social networking site Weibo with an animated commentary on the company’s business model.

The post featured a cartoon portraying Adolf Hitler giving the “Heil Hitler” salute while wearing an armband commonly worn by Nazis, but in place of the swastika symbol is the Apple logo. The Hitler-esque character is standing in front of yellow caution tape, opposite a group of smiling kids on a backdrop of sunshine and wind turbines, who are meant to represent the Andriod OS.

The graphic bears the headline “Freedom vs. Arrogance” and, beneath it, text which translates as: “How can we change so that we can improve the industry?” 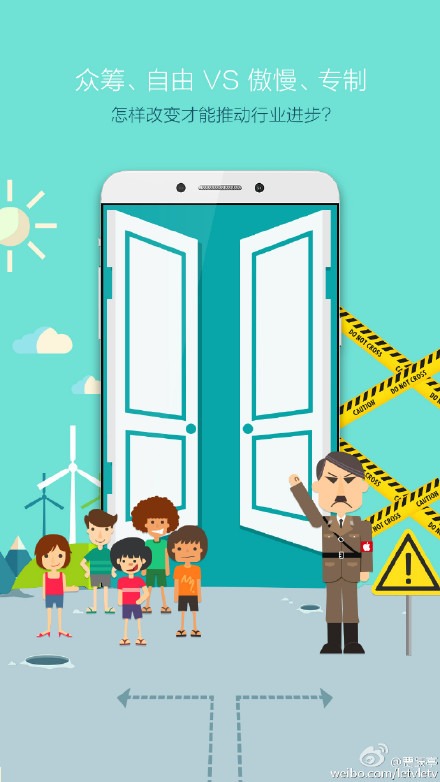 In the lead-up to the launch of LeTV’s X900 smartphone, which will run on Android, Jia took a fierce stance against one of the device’s main competitors.

A portion of Jia’s post that accompanies the image roughly translates as: “Apple’s closed loop mode greatly curbs technological innovation, hinders the industrial progress and hurts the interests of users. Everyone is worshipping Apple.”