Did Apple’s iOS 8.0.1 Update Break Your iPhone? Here’s How To Fix It 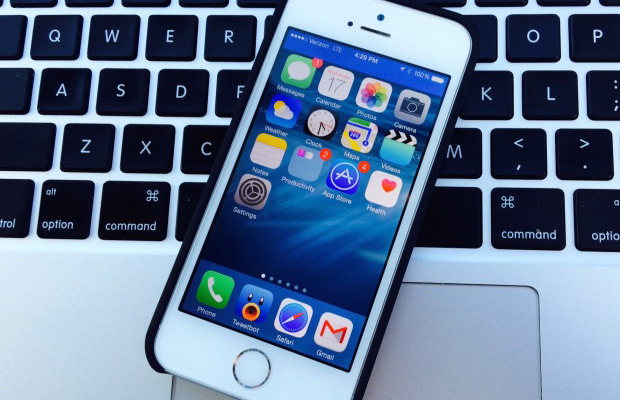 Apple’s latest update to iOS 8 is keeping some iPhone owners from being able to use their iPhones as a phone, or use Touch ID. Users on multiple cellular networks are reporting the connectivity issue unfixed after restarting their devices, toggling airplane mode, and by resetting all networking settings. The same goes for Touch ID, which can be used to unlock the phone, and validate a user’s identification in Apple’s stores and inside apps as part of iOS 8. That feature has been disabled system-wide, and attempts to remove and re-add fingers result in a “failed” message.

Apple’s already said it’s investigating the issue, but if you’re one of the unlucky souls who downloaded and installed it, there’s a simple trick for getting your phone back up and running, without wiping anything.

Things you’ll need: Your broken iPhone, a PC or Mac with iTunes installed, a Lightning to USB cable, and an internet connection.

Step 1. Go download a fresh copy of iOS 8.0. You can get it from ipswdownloader.com. Pick your device and model, which is super easy if you’re on an iPhone 6 or 6 Plus, since there’s only one firmware for each (direct downloads for: iPhone 6, iPhone 6 Plus).

Step 2. While that’s downloading, go to Settings > iCloud > Find My iPhone on your iPhone and turn the service off. You’ll need to enter your Apple ID and password to do this.

Step 3. Fire up iTunes with your iPhone plugged in, then click on the “iPhone” from the source menu on the top right.

Step 4. Click the “Check for Update” button while holding Option (on a Mac) or Control (for Windows users) key.

It will pop up with a file menu where you pick the firmware (which will be an .ipsw file), then hit OK.

Your phone will proceed to install iOS 8.0 as an “upgrade,” but won’t actually change any of your settings or affect your data. Checking the iOS about menu once it’s done will also confirm that you’re actually running iOS 8.0, and not 8.0.1.

If you’re having issues getting the install to start, one option is to do a full restore, which requires setting your iPhone into recovery mode. It also means restoring from a backup, which could be a problem if you’re trying to restore from a backup of 8.0.1 on a phone running 8.0. If you can wait, it might be worth seeing if Apple pushes out an update for the update sometime later today. For everyone else, enjoy making phone calls again — on your phone.