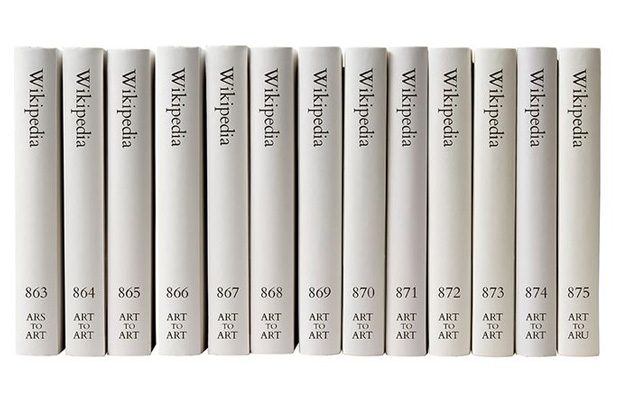 Some people might call it a waste of time, others, “a poetic gesture toward the futility of the scale of big data.” Either way, it’s clear that printing out Wikipedia is hard. The latest person to attempt this feat is Michael Mandiberg, an interdisciplinary artist whose exhibition on the subject — titled From Aaaaa! to ZZZap! — opens at New York’s Denny Gallery this week.

The exhibition doesn’t actually feature a complete, printed copy of Wikipedia. Instead, according to the gallery’s description of the work, it “draws attention to the sheer size of the encyclopedia’s content and the impossibility of rendering Wikipedia as a material object in fixed form.” Mandiberg’s approach has been to code software that renders the online encyclopedia into book-sized chunks, and then upload these to self-publishing platform Lulu.com. Fans will then be able to order individual volumes for $80 a pop. This sounds relatively reasonable, but it does mean that buying the entire set — estimated by Mandiberg to eventually cover some 7,600 books — will cost $500,000. Still, that’s a saving of around $100,000 compared to ordering each volume individually. 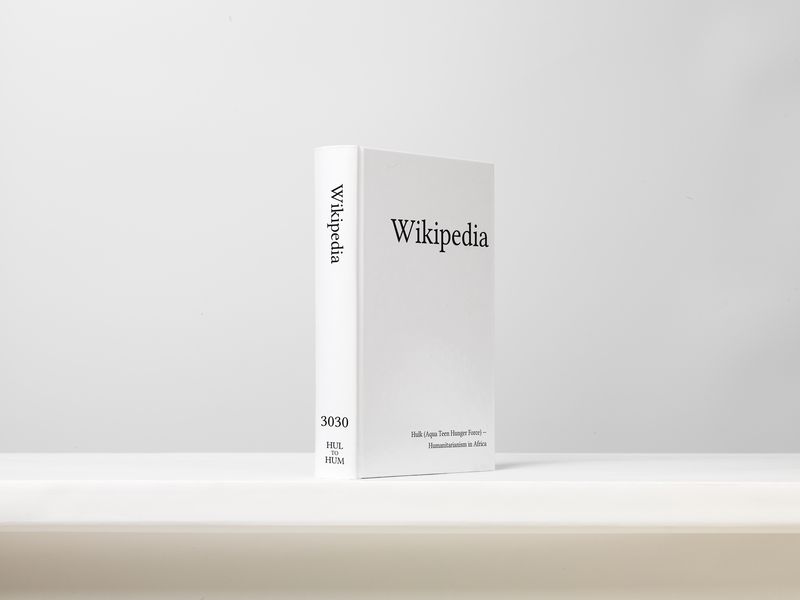 This uploading process itself will take between 11 and 14 days, says Mandiberg, and will be shown in real-time on a projector in the gallery, while an automated @PrintWikipediaTwitter account announces the completion of each individual volume. Specially designed wallpaper in the gallery will show off the first 1,980 books as mocked-up bookcases, while 106 physical volumes (each containing 700 pages) will be available for visitors to browse and buy.

In an interview with The New York Times, Mandiberg explains that part of the attraction of these physical volumes is the “spine poetry” created during the process. The article for humanism, for example, is found in a volume that spans entries from “Hulk (Aqua Teen Hunger Force)” to “Humanitarianism in Africa.” This arbitrary segmentation of Wikipedia produces odd results, but it’s easier than trying to cram everything into a single volume. One previous attempt to print out just a few hundred of Wikipedia’s featured articles resulted in a hardback title nearly 2 feet tall.

Mandiberg has made clear, however, that he won’t be printing out all 7,600 volumes. Instead, he describes the books as a “cognitively useful” unit of measurement that give a sense of scale to something otherwise incomprehensibly large. “We don’t need to see the whole thing in order to understand how big it is,” Mandiberg told The New York Times. “Even if we just have one bookshelf, our human brains can finish the rest.”