Land Rover Develops A Smartphone Remote Control For Its SUVs

What’s better than a self-driving car? A car you can drive like a massive remote-controlled toy, of course. This week, Land Rover unveiled a new, prototype system that can control its Range Rover Sport SUV via a smartphone app. The software connects wirelessly to the car and can handle steering, brakes, acceleration, and changing from high to low-range gearing. However, any comparisons to James Bond’s famous mobile-controlled BMW 7 Series in Tomorrow Never Dies should be caveated by the fact that the SUV’s top speed is limited to 4mph over remote control.

It may seem like a toy, but Land Rover says the technology has very real benefits. When taking the car into difficult terrain, for example, a solo driver can exit the vehicle and steer it from the sidelines for extra precision and safety. Land Rover says the system is perfect for “fording a stream or traversing sections made slippery by mud or snow,” and adds that it’s also useful for reversing out of tight parking spaces. The app also incorporates a dead man’s switch, so that if a user lifts their fingers off their smartphone screen, the vehicle automatically brakes. 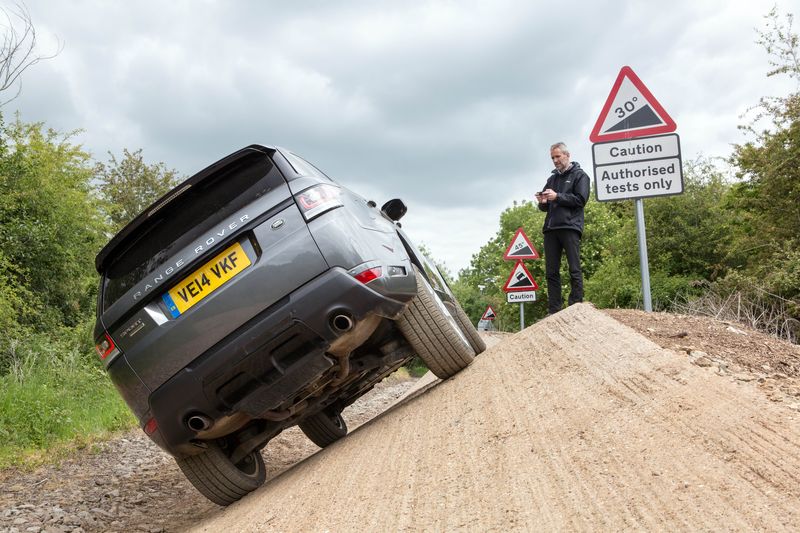 The app currently functions via Bluetooth, according to a report from Wired UK, which limits its range to 10 meters. However, the company reportedly plans to move the system over to Wi-Fi for greater range, and is also developing a tablet version which would take advantage of the Range Rover Sport’s surround camera system to provide a live video feed from the bumpers and wheels. However, for those of us who aren’t particularly good drivers even behind the wheel, this just means we’d get a lovely close-up of the next time we scrape the paintwork.