Facebook Messenger Gets In Your Face, Rolls Out Video Chat - TechGeek365

Home / Social Media / Facebook Messenger Gets In Your Face, Rolls Out Video Chat

Facebook Messenger Gets In Your Face, Rolls Out Video Chat 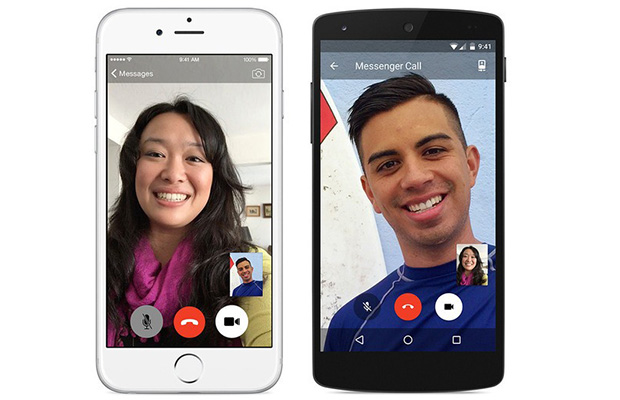 Get ready, Messenger users: Facebook’s popular app is about to get a whole lot more in your face.

Facebook announced on Monday a new iOS and Android update for Messenger that brings the ability to video chat other users. The feature is coming to 18 markets around the globe at first, including the U.K., France, Greece, Ireland, Mexico, Portugal and the U.S., with more to come over the next few months.

To start a video call, tap the video camera icon inside a message on the upper right-hand side of the screen. Provided both you and your contact have a stable 3G, 4G or Wi-Fi connection, Facebook says there shouldn’t be a problem striking up a video conversation (though your quality mileage may vary). 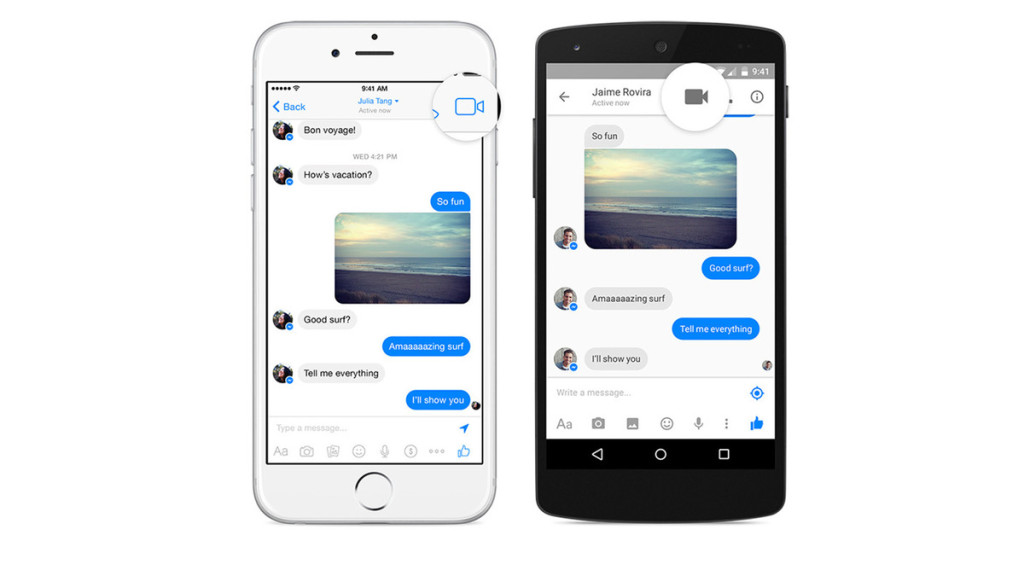 “More and more of everything starts from a text conversation,” Chudnovsky said, who referenced the transition from traditional, voice-only calls to text-based messaging. “We think the same thing will happen with video.”

In recent months, the Messenger team has tweaked and retrofitted the service, setting it up to domuch more than text-based messaging, from peer-to-peer payments and customer service to making it an open platform for third-party developers like Bitmoji and Effectify to build on top of. It’s all in an effort to draw more teens and young millennial users while simultaneously persuading others it’s a versatile, must-have utility.

Now with video calling, Facebook is pushing a “fast, reliable and high-quality” Messenger experience, even if you’re in San Francisco and your friend is in Laos. That’s a subtle shift: Facebook once positioned Messenger as a better solution in countries with faster devices and Internet speeds, while WhatsApp, which the company acquired in 2014, better served users in emerging markets.

Regardless, rolling out video chat right now is pretty savvy on Facebook’s part. Periscope and Meerkat are less than three months old, but their early popularity indicates live video could really go mainstream this time, thanks to the prevalence of smartphones in many countries and faster mobile Internet speeds.

While video is where Messenger’s similarities with Meerkat and Periscope begin and end — Messenger video is one-on-one for now, whereas Periscope and Meerkat are essentially broadcast services — Monday’s launch is likely just the beginning.

In any case, there’s no stopping Facebook from trying to directly compete with Meerkat and Periscope, whether it’s through Messenger or another standalone app. Facebook may yet make it big in that space or flop hard, but that probably won’t stop the company from trying.

I Write Things.
Related ItemsFacebookFacebook MessengerMeerkatMessengerPeriscopeSocial MediaWhatsapp
← Previous Story Emojis Are About To Take Over Instagram
Next Story → Foursquare Has A New Problem: Employees Are Checking Out