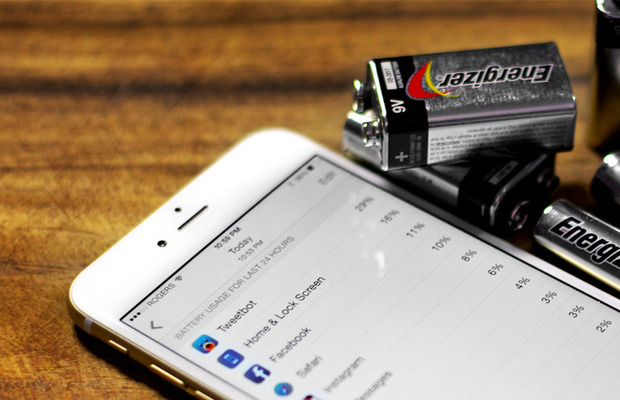 iOS 8 brings something similar to OS X Mavericks-style battery usage — aka battery shaming — to the iPhone and iPad. Located in the Settings, General, Usage section, it tells you which apps and system services are using power, and how much. Obviously the ones using the most power are doing something wrong and should be shut down, right? Wrong. Like many things, the answer is far more complex and nuanced than simple power bad, quit good. So, what does iOS 8 battery usage really mean and how should you use it?

Battery usage is best thought of as a sanity check. It lists each app (or service) you’ve used in the last 24 hours or 7 days, not including apps used while charging, along with the percentage of power drain they’ve been responsible for.

There are at least four reasons why apps will use a lot of power:

Reason 1 is nothing to be concerned about. You’re using power because you are using power. You’re Tweeting or surfing, or streaming the latest season of Arrow or otherwise keeping the screen on and the radios working. That’s what your device is for. So, if you’ve spent an hour in Tweetbot or Safari or Netflix and they’re top-of-the-list, that’s fine. If you’ve been rearranging your folders and Home screen is up there, that’s fine. As long as you’ve been using it, it’s fine if it’s there.

Reason 2 is likewise the result of proper activity. If you’d rather have extra battery life, you can turn off background refresh, turn off location access, or kill audio streaming, but you’ll have to wait longer for new content when you open apps, you’ll disrupt navigation and checkin apps, and you’ll lose out on listening to internet radio, podcasts, and more.

Reason 3 is because of things like low phone signal, which means the cellular radio needs more power to connect. If that’s the case, the Phone app will appear there and list low signal as the reason, making it easy to understand. Poor Wi-Fi performance can likewise cost power though I’ve yet to see it noted in battery usage. Likewise, firing up the GPS for turn-by-turn navigation is a huge drain I’ve yet to see noted.

Reason 4 is where battery usage shines. Let’s say you go to battery usage and see Google Hangouts, Facebook, Skype, etc. near the top of the power consumption list, and you find it strange because you haven’t been using them. That’s when you know there’s a problem and that you can likely do something about it, be it quitting the app or rebooting the device. 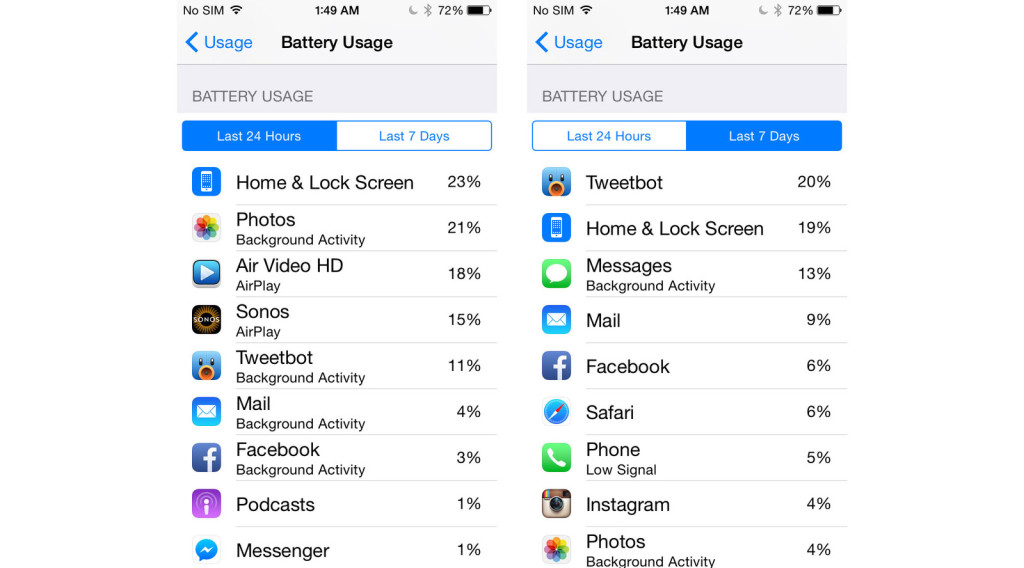 Again, if Tweetbot or Twitterrific is at the top, and you’ve spent much of the day tweeting, you have no problem. If Hangouts or Facebook is at the top and you’ve barely opened them all day, then thanks to battery usage, you now have a potential solution!

There are a couple of important things to remember before you get too busy with battery usage, however. First, a usage percentage is just that. If you’re iPhone is at 80% but YouTube used 50% of that, that’s still only 10% of your power. Do the math before you panic.

That’s why battery usage should be an occasional tool, not a frequent obsession. Only check when and if you suspect you’re draining power faster than normal, and then only take action on apps you suspect are causing that drain for no legitimate reason.

With great power stats comes great responsibility, so check out battery usage on iOS 8 and tell me how it works for you!