How To Delete All Your Embarrassing Tweets Before You Become Famous 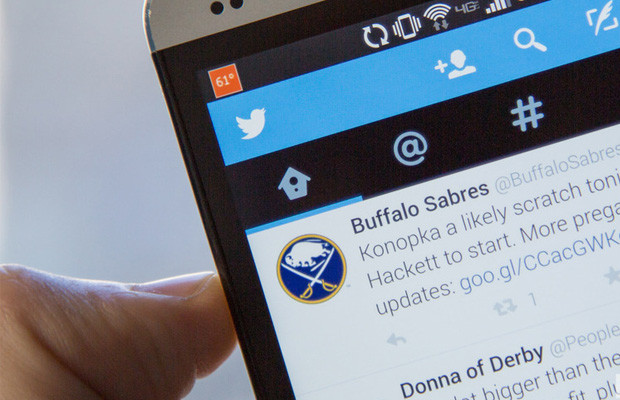 Oh, Internet. As newly-minted The Daily Show host Trevor Noah is learning, hell hath no fury like old tweets discovered to embarrass those new to the public spotlight.

Within hours of the announcement that Noah would replace Jon Stewart as host of Comedy Central’s The Daily Show, old tweets by Noah surfaced.

Whether the tweets are offensive or merely poor attempts at humor, the Internet shame machine is out in full force.

Noah, like so many other individuals thrust from obscurity and into the limelight, forgot the first rule of social media: Delete that embarrassing social media paper trail!

Look, we’ve all done it. We’ve said something online, tweeted an off-color remark, or posted those photos from Sorority Formal 2005 to Facebook that, in hindsight, we wish we could take back.

And although it would be nice to think that people would understand that sometimes, stuff we tweet in 2010 doesn’t represent who we are in 2015, that’s just not how the world works. Despite the fact that a whole generation is growing up online, more connected than ever, the Internet hasn’t yet decided on a set statute of limitations for Social Media Dumbassery™.

But don’t worry. we’re here for you. Here are some ways to delete your own embarrassing Twitter past.

Advanced search is your friend

Twitter recently improved its advanced search features. The bad news is that means it’s easier than ever for other people to search for embarrassing tweets you may have sent back in the day.

The good news it that you can use this tool to find your own tweets that might cross the line.

Go to https://twitter.com/search-advanced and enter in keywords and phrases, along with your own user account name.

This will help isolate tweets that might be deemed as intolerant, cruel or just plain unprofessional.

As an example, I searched “drunk” on my own account. Shockingly, the results weren’t as bad (or as numerous) as I thought. 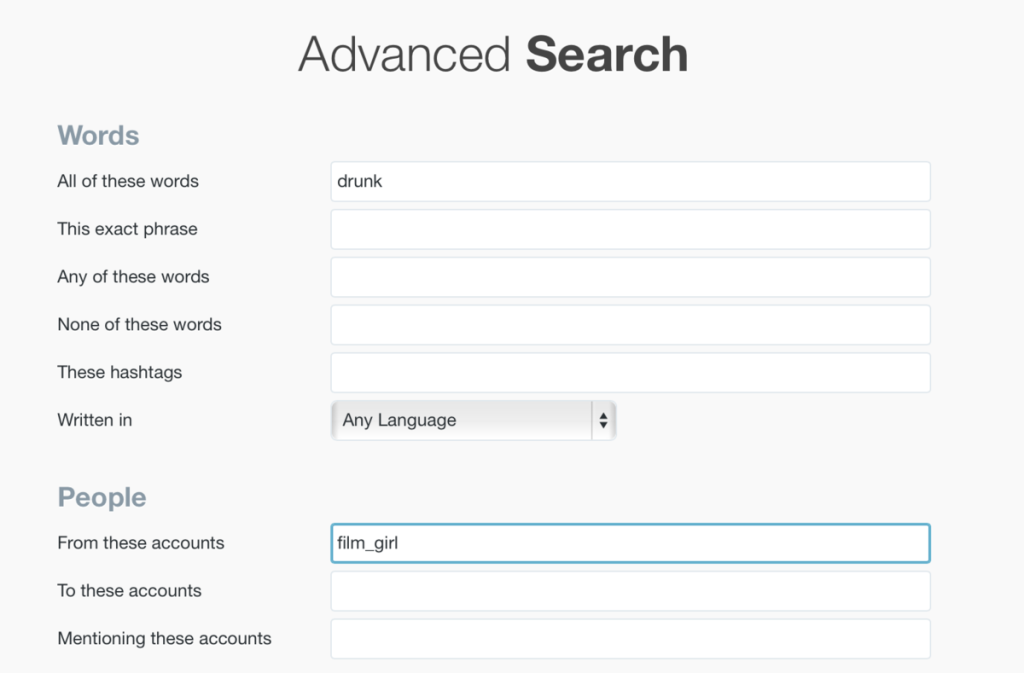 Still, I managed to find this gem from my second week of Twitter. The 25th birthday quarter-life crisis tweet.

Once you find offending tweets, you can delete them manually.

Getting nerdy about it

If you’re a Windows user and you want to delete a lot of tweets but don’t necessarily want to rely on the manual process of advanced search, there is a free tool called Twitter Archive Eraser that works really well.

The tool works with your downloadable Twitter archive. The tool can then use regular expressions, search parameters and other information to selectively or bulk erase tweets.

The tool also includes the ability to bulk delete favorites and direct messages. Because remember, what you tweet isn’t just visible. Stuff you favorite is visible too.

If you’re really squeamish, the tool also works to delete everything you’ve ever sent.

OK, but what if you don’t know what you are looking for? In that case, the best decision might just be to delete everything.

There are third-party tools such as TweetDeleter and TweetDelete that let you delete your Twitter histories either in bulk or with more selective options.

Twitter’s API typically has a limit of 3200 tweets that it can access, so if you have tons of tweets, you might have to take a few passes with certain tools to remove everything.

There are even mobile apps, such as Tweeticide for iOS, which can bulk delete tweets.

Other things to keep in mind

Deleting tweets doesn’t necessarily mean they will totally disappear. Certain archives and aggregators might have retained copies of your tweets, so it may take some time before tweets totally “disappear.”