U.S Marshals Put $5K Bounty On Man Who Claimed He Owned Half Of Facebook 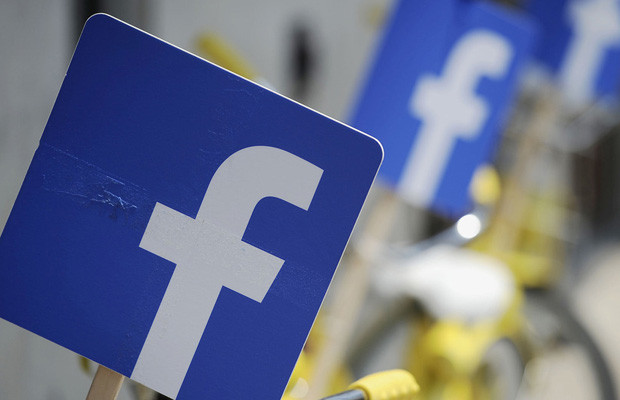 U.S Marshals are offering a $5,000 reward for information on a man who falsely claimed to own 50% of Facebook.

Paul Ceglia, who was out of jail on bail awaiting trial on fraud charges, disappeared last month after cutting off an ankle monitoring bracelet, and fleeing his home. Federal marshals are seeking information that could lead to Ceglia’s arrest, according to Buffalo-based television station WGRZ.

A federal judge ordered Facebook and CEO Mark Zuckerberg to turn over documents related to the case on Friday, despite their lawyers’ request that the order be suspended until Ceglia’s capture.

The current charges against Ceglia stem from an earlier multibillion-dollar civil suit in which he alleged Zuckerberg had agreed to give him a 50% stake in Facebook in exchange for his $1,000 investment in 2003 when the CEO was still a Harvard freshman.

According to Zuckerberg, he signed a contract to do some software work for Ceglia at the time, although it was unrelated to Facebook. The CEO said he not yet developed the idea for his social network. 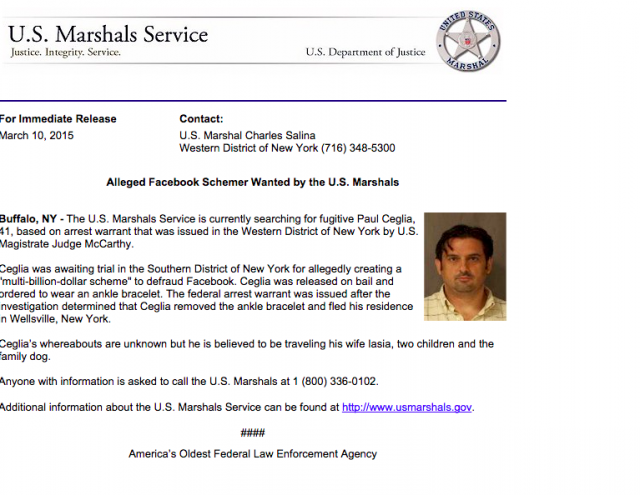 Ceglia’s lawsuit was later thrown out by a judge in 2010 after an investigation revealed he had falsified documents and emails used in the suit. Prosecutors later filed criminal charges against Ceglia in 2012 for attempted fraud.

Last month, Ceglia cut off the ankle monitoring bracelet he had been ordered to wear, and hung it from a homemade motorized device that was used to trick authorities into thinking he was still wearing it. His $250,000 bail was revoked after officials made the discovery. Ceglia’s wife and two sons were also reported missing around the same time he disappeared, although it’s unclear whether the family of four are currently together.

I Write Things.
Related ItemsFacebookMark ZuckerburgPaul CegliaSocial MediaUS Marshals
← Previous Story How To Delete All Your Embarrassing Tweets Before You Become Famous
Next Story → Snapchat Adds Emoji To Show You Who Your Best Friends Are