Home / More + / Gaming / How To Play Valorant: A Beginner’s Guide

How To Play Valorant: A Beginner’s Guide 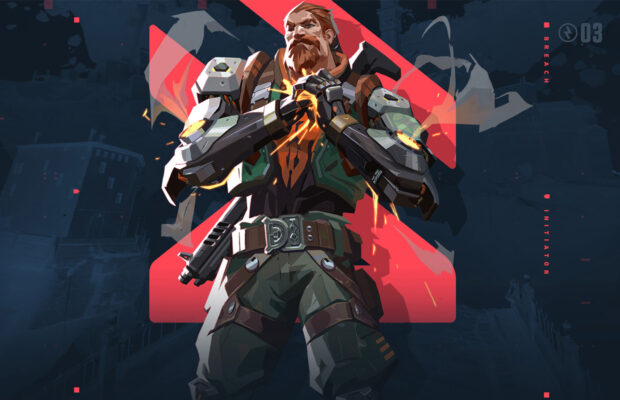 Valorant, a popular character-based 5v5 tactical game has indeed taken the gaming fraternity by a storm. Let us dig further to understand how to play the game. These Valorant cheats for PC will help to increase your odds of winning.

Valorant is a shooter game where two small teams compete against each other. The game has an attacker team and a defender team. The attackers need to plant a spike and the defenders have to defuse it or prevent the attackers from planting it in the first go. The attacking team either eliminates the defender or plants the spike and protects it from getting defused before the timer runs out. The defender needs to destroy the attackers before they plant a spike or defuse the spike after the attacker plants it. Each team has five players and they get to play as an attacker and a defender in the game. Every match is divided into 25 rounds and the first team that wins 13 rounds is the winner.

Valorant involves skulking and stalking in the choke points and corners. Aggressive players can finish the game in less than eight minutes. What makes Valorant special is its hero class. Every character here comes with a different ability which lets them unleash their special moves. It could be a special healing power to remove any teammate or the ability to teleport to a different place on the map.

Here is what you need to be ready with to play Valorant.

Players are rewarded with cosmetic products as a part of the Battlepass system. The reward system has to be paid for. The system is broken down into acts and every act goes on for two months. There are 50 tiers including the premium and free paths and your progress is based on the experience points that you earn when you play matches and complete missions. This lets you unlock player cards, weapon skins, and much more.

You are already aware of the basics of playing Valorant which has been covered in the above section. Let us delve deeper into the intricacies of the game.

At the start of the round, you enter into the buy phase where you can purchase weapons to use in the round. In the first round, the players will be using pistols because they do not have any money to buy expensive weapons.

You earn money when you win and lose so the next round gives the team access to better weapons like sniper rifles shotguns and more. It is possible to buy armors and then boost your abilities. Practicing gunplay is crucial to know how to shoot the enemies and also how to avoid getting shot. You cannot carry your cash to the next game so make sure that you spend what you earn in the game itself.

As a thumb rule in every FPS game, learn to aim whenever you can, use a cover when you can, and fire in huge bursts. Use the special abilities of the agent to get an upper hand which helps your team and decreases your opponents’ odds of winning.

Players can choose from the many heroes or agents in the game. These characters have extraordinary abilities which help to improve the playstyle of the game. This means that choosing the right hero can be pretty tactical.

All the agents have the same hitboxes and health but different abilities. The ability needs to be charged and while you can purchase some at the buying stage the others can be redeemed only through earned points. The ultimate ability gets activated when you press the X which is highly effective but takes some time to earn.