How Will Smartphones Change Us In The Near Future? - TechGeek365

Home / Randoms / How Will Smartphones Change Us In The Near Future?

How Will Smartphones Change Us In The Near Future? 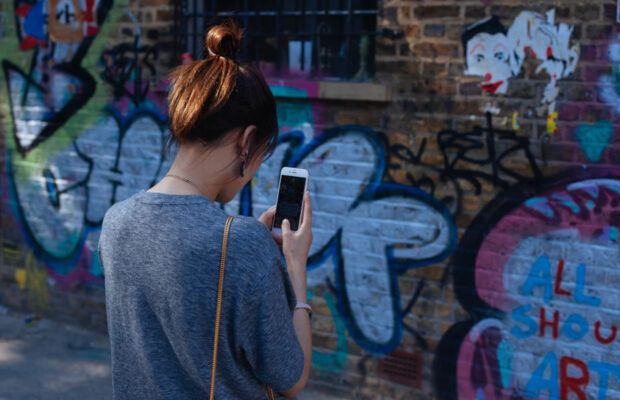 The smartphone industry sold 1.5 billion phones just in 2018. That’s simply a staggering amount of sales that will only set to grow higher. In no other product category, will you see sales this high, this consistently. For years and years, we have continued to fork out hundreds of dollars to buy the latest and greatest phones. Name one other product type that you would do the same for, year in and year out? Chances are, you’re drawn a blank. So the real question is, why do this? It turns out that as smartphones have developed, we’ve gone from wanting them, to outright needing them.

They play such an important and integral part of our lives, we can’t see the future without them. So how will the usage of our smartphone, change in the near future?

Poorer countries find it difficult to expand their internet access for their people. Large computers, however slim they might be nowadays, still present a price point challenge. Getting a decent computer that won’t need hardware replacement for the next 3-5 years is expensive, even in developed nations. Thus, the alternatives are tablets and smartphones. Smartphones are easily portable, whereas tablets will always present a little more difficult. For poorer nations, it’s easier for their population to have smartphones, which gives every individual internet access, than tablets. It’s estimated that by 2025, almost three quarters of the world will have internet access purely through smartphones.

Inherently, this means a major market for businesses. With 5G internet just over the horizon, it seems now, the majority of the world will have hyper-fast internet access for the first time ever in human history. Instead of computers and tablets, it will be smartphones that bring billions of people into the modern era. Countries in Asia, Africa, and South America, will have populations that can discover and browse the world, and interact with people that they may never have known existed.

The future looks like it’s going to be amazing for subscription-based entertainment companies. With apps like Netflix, Hulu, and HBO, you’re able to watch the latest entertainment shows and movies, on your smartphone. Yet, they also require a lot of data to be viewed. We’re talking about several gigabytes over a wireless connection.

Take the latter, it provides a 45GB package for £15.00 a month. Their unlimited data plan is just £22.00 a month. This includes unlimited calls and texts. If you’re a regular commuter, wait for trains and buses, as well as have long journeys into work, watching your favorite show on the way in, would become a very real possibility. With the advent of even better lithium-battery technology, your phone won’t be dead on arrival to work either.

For almost a decade, society has been concerned about the over-usage of smartphones. It’s the younger generations that have increasingly become more enthralled with smartphone technology. It had gotten quite bad concerning phone addiction in the middle of this decade. However, new research suggests that it’s only about a quarter of young people that could be considered as ‘addicted’ to their smartphones. Around 23% of teenagers, use their phones in a concerning fashion. And yet, many thought this number would be higher. It seems as though, the honeymoon period with smartphones is over.

We’re not fully adapted to this technology since it came out in 2007. We expect more from phones and instead of being purely for entertainment, we use our phones to navigate, keep fit, follow a diet plan and keep track of things at work. We’re no longer screen-hoggers. We’re not hypnotized by smartphones anymore. In fact, some might even say, people regardless of age group are addicted to their phones in varying degrees. Is it something to be alarmed about in the future? Statistics say otherwise.

It’s common for the latest smartphones to range in the upper end of hundreds of dollars. In fact, the best versions of new smartphones are well over $1,000. This seems incredible for what is essentially a mobile phone. And it is. However, you cannot look at the pricing on its own. The demand is so high, that the pricing seems to be fair with the number of people wanting to buy such amazing phones. Thus, if you can’t afford to buy them, the brands are not worried as there will be thousands of other people who can. However, the FTC believes that consumers are paying too much for their smartphones.

It doesn’t put the blame on the major brands like Apple or Samsung. It instead says that Qualcomm is the perpetrator. It makes the high-end chips and key wireless technologies that feature in smartphones. Thus, it seems like the brands have no other choice than to raise their prices to maintain their margins. Apple and Huawei have complained that Qualcomm wants a bigger and bigger piece of the pie, demanding more money per phone sale.

This has angered the company, which has then threatened to take away the supply of its amazing chips. Seeing as they are the only players in town at the moment, and they do in fact make the best smartphone chips, the brands will cough up. The FTC argues, this pushes consumer prices up, threatening the entire industry as consumers will not buy smartphones in such large numbers. At the moment, this doesn’t seem like a near-future reality. We’ll continue to buy smartphones, even at bizarre prices.

Heading into 2020, we’ll see a few changes to the smartphone industry. More poor nations will have populations that have new smartphones and thus, more access to the internet. Big data will become completely normal, as watching entertainment shows and movies in 4K, on your smartphone is now a given. Phone addiction is not as bad as we may have thought, and humanity has gotten used to what smartphones can do for us. The honeymoon period is over and now brands will have to match our expectations even more.

About Sandra: With over 9 years of search marketing experience, Sandra is cross skilled between PPC and SEO. Her experience in search spans across different verticals including Technology, Retail, Travel & Automotive.
Related Items
← Previous Story How To Teach Development Using Software Applications
Next Story → How To Choose A Drone