Hulu Vs Netflix: What’s The Best Option For You - TechGeek365

Home / Reviews / Hulu Vs Netflix: What’s The Best Option For You

Hulu Vs Netflix: What’s The Best Option For You 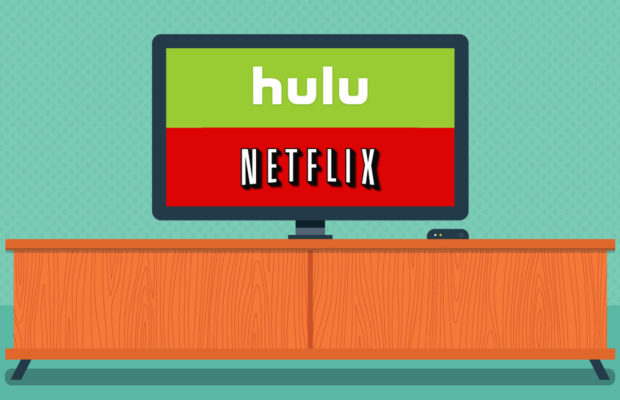 The world of technology takes a new form every other day. And when technology conquered entertainment Hulu and Netflix (and likes) happened! But that was not plain, digital entertainment took long to evolve the way it is today. Today over-the-top (OTT) digital space seems stale and antiquated. Streaming services and on-demand-videos are greatly on-demand digital services.

Putting to almost an end of rental movie places, Netflix started its “Dvd by mail” service in 1997. And in 2007 with streaming studios and movies, Netflix sourced major internet traffic. The same year a similar beast Hulu made its entry. Being more TV centered than movies, Hulu caught the attention of couch potatoes. And on a face-off, there is something that they alone provide which the other doesn’t. Help yourself pick the right one over the other with this guide.

Netflix, from being all about movies has changed to the addition of television titles and darling TV contents. It is a primary contender for streaming services with over 90 million subscribers and is still counting, seating itself on top of the digital chain. Self-funded original contents and shows like “Arrested Development”, “House of Cards”, “Stranger Things”, “The Get Downand”, “Orange Is the New Black” and more, has gripped the presence. Though not very open about their library size, Netflix claims more than 100,000 titles including individual episodes of TV shows. It offers international shows and films with the closed captioning choice.

Hulu is a solid selection for TV buffs. Bye to waiting for your favorite shows!! With next day airing of TV shows from “NBC Universal”, “Fox Entertainment Group”, “Disney-ABC Television Group” and “Turner Broadcasting” and many more Hulu channels offers an unbeatable challenge to Netflix. For Netflix subscribers, the turnout can be somewhere between a month to a year long (if only Netflix gets licensed to air). They seem to be the top content creators for now and for the years to come with shows like “Difficult People”, “Casual” and “The Path” and compete for the sizeable output of Netflix. Hulu stands same with Netflix on foreign language shows too.

For tailored binge watching and exclusives, Netflix is what you need. Though rather slowly growing, Hulu stands the test by tuning you update with latest TV shows.

Content is not all that you are concerned about. On terms of price what fits your pockets? Get a 30 day free trial on both and the freedom to change plans at any time. At the cost of commercials and 7.99 $ a month, Hulu offers unlimited access to its Library of Great TV and Hit movies, next day airing of current season episodes, Add-ons, HD services, compatible with PC’s, tablets, TV’s, game consoles and phone. An extra 4 $ takes away the burden of commercials off. Officially all of this payment you make is for one screen at a time (though you can use the same account for two or three screens). For 8.99 $ a month one content add-on services are also available.

Netflix tier offers commercial free content alone but with no add-on services. Multiple profiles per account let everyone have “My list” of shows and movies in the household. Watch standard definition on one screen, at 7.99 $ a month. For 9.99 $ a month high definition and two screens are available. 11.99 $ a month will get you four screens and Ultra HD displays. And sharing your password isn’t much of an issue with Netflix. Netflix is the clear winner with its basic, standard and premium tier and services to offer.

Netflix warrants a wiki page on the list of compatible devices. Watch it on your set-top box, gaming consoles, handheld devices, smart TVs, handheld and desktop OSes or Blu-ray players. Hulu has its pretty tough list of devices too, though not long as Netflix. Also, Hulu websites are not compatible with apple devices.

Netflix is available in more than 41 countries including the US, Canada, South America, United Kingdom, Ireland, most Western European countries and with the latest release in India in 2016. The contents though vary depending on region and restrictions. Whereas, Hulu is limited to its viewers in US and Japan. If you are a fan of Hulu, the internet will get you tricks and tips of viewing it outside US and Japan, which might (or might not) work for you.

With figures, Hulu stands 3rd most preferred VOD service available and Netflix stands way higher than anything in the present scenario but competition is growing. The personal choice of one over the other is largely affected by the constraints of broadcast availability, device compatibility, and user interfaces.

And to finalize, for both movie goers and home streamers, either of this subscription-video-on-demand (SVOD) service is a comfort pack. The VOD culture has brought a swift change with young and older viewers. VoD’s let those art house films reach globally and cross the physical boundaries and of languages.

It raises the threat to the traditional cinema-box-offices, as VOD’s may soon cannabalise and be the only one in near future. There is a shift from family time entertainment to entertainment with choice. The subscription model is sure to change with more to offer in a click.

Though piracy eradication techniques and rules and regulation will need a re-writing. More of original content from VoD providers will get high competition and favor the subscribers in terms of quality and choice of contents.

About David: Techthusiast & Avid Traveler.
Related ItemsHuluNetflixReviews
← Previous Story Choosing A Web Host: What Beginners Must Know
Next Story → Zentility Review – An Automated Energy Service That Will Save You Time And Money