Hyperloop One’s Plunge Into The Future 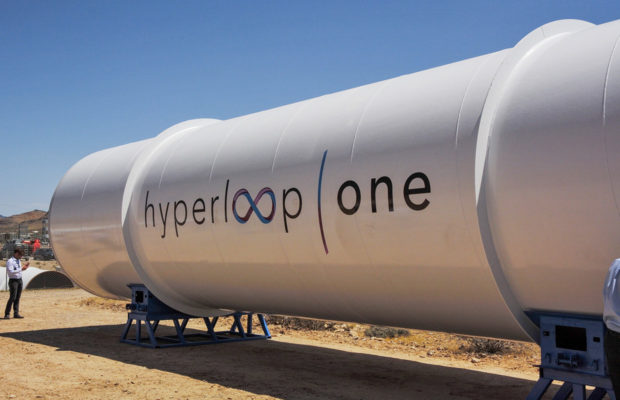 Hyperloop One, the company promising to “move people and cargo at speeds never thought possible”, announced an official agreement with the United Arab Emirates to conduct a feasibility study for building the world’s first ever Hyperloop system by 2020.

It’s not unusual to see Dubai taking on a project like this, after all, it is the fastest growing GCC city and it is continuing to develop at a rapid rate. After opening the world’s largest driverless metro network 7 years ago, what is stopping it from opening the world’s fastest transportation system in the coming years? Plus, the executive chairman of Hyperloop One appealed to the fact that Dubai’s “leaders understand that Hyperloop One is ushering in the next era of transportation” and made it clear that It is fertile grounds for such projects. The study will be done in partnership with Dubai Roads, Transport Authority (RTA), McKinsey and architecture and engineering firm BIG.

As part of their announcement on Tuesday,  Hyperloop One released a two-and-a-half-minute video (displayed below) that shows precisely how it’s advanced sub-supersonic transportation system will work in connecting Dubai with its surrounding locations.

The procedure is very intricate, but like any transit system, the Hyperloop network will take you from point A to B. As shown in the video above prospective passengers will be able to conveniently book a seat using the phone app, it’ll also give them all the details they will need, such as the directions to the supposed terminal, the estimated time, and so on. They will then proceed to the terminal and board automated box-shaped pods, which will then be housed in a cylindrical capsule that fits inside the Hyperloop one Low-pressure tube. It’s mesmerizing to look at! And the tech behind this project is cutting edge stuff.

According to TechCrunch, the company proposes that the Hyperloop system could potentially reduce travel time between Dubai and Abu Dhabi from a 90-minute to 12-minute drive that covers a distance of 124km….

That’s just incredible, and possibly too good to be true.

It’s a fascinating vision, one that is not as farfetched as some might make it seem. If you think about it, scientific and technological advancements are rapidly booming, year by year these sectors out do themselves. Besides, fast transit is somewhat becoming a demand nowadays, is it not? We spend most of our time on the road or stuck in traffic, wasting time (and polluting the air) going or returning from somewhere, and now Hyperloop one has come to save the day!

The company tested its first custom electric motor in 2016 and plans to do a full system test by early 2017. The company and its team have an admirable vision to save time and energy, as well as “eliminate direct emissions, noise, delay, weather concerns and pilot error.” They’re aiming high by branching all the way out to the Middle East, and this is all happening while the company is dealing with some nasty legal lawsuits. Nonetheless, Hyperloop one is pushing through to make (or attempt to make) their concept drawings and prototypes into reality in the near future.

Alas, ideas like these are always surrounded by skeptics, saying “the problem of Hyperloop is that it tries to go just a little bit too far beyond conventional high-speed rail”along with a few other things. Which is understandable, nothing this high scale comes without its doubts.

However, let’s step back for a bit and discuss the few changes that occurred. The Idea was first introduced by Elon Musk, Tesla and SpaceX founder, when he casually released a proposal online in August of 2013 and Hyperloop One, then known as Hyperloop technologies, adopted and rendered Musk’s original vision and went from using Musk’s innovative air bearings to using a modified version of existing passive magnetic levitation technology. Also, they decided to rely on grid power instead of solar arrays.

It’s not like we don’t have the tech or the means to develop more advanced hardware, but it’s more about the mentality that surrounds this idea…. Maybe it’s ahead of its time? Some think it’s a fantasy to want to build something that might have been taken out of a Science Fiction movie, some just don’t believe it could be done, at least not now.

I’m overcome with curiosity about this project and I’m a sucker for these things just as much as the next geek. Indeed these are exciting times but for now, I guess we will just have to wait and see what the feasibility study shows.