New High-Tech Boxer Shorts Keep Radiation Out Of Your Junk 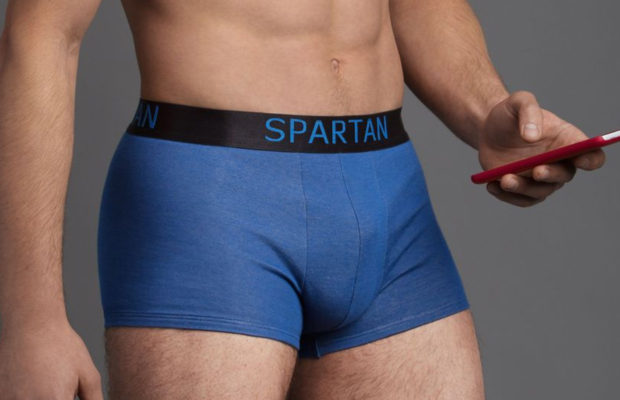 Hey guys: if you really had to choose between keeping your smartphone close at hand and the well-being of your manhood, would you even think twice before whipping the phone out of your pocket and tossing it as far away from your groin as physically possible?

That’s the dilemma modern men face every day, whether they’re aware of it or not. Time and time again, studies have emerged questioning whether radiation from phones might have a negative effect on sperm counts and fertility.

While it’s important to note that none of these studies have found conclusive evidence of phone radiation causing major damage to the male reproductive system, there’s still enough information out there to give men reason to think twice before plopping their phones right next to their goods.

With this fear in mind and the knowledge that at the end of the day, dudes are just going to keep their phones in their pockets anyway (men, right?), a new type of garment has emerged: radiation-proof underpants. We’ve come across them before, but a new brand out of France, Spartan, caught our eye at the recent CES Unveiled event in New York City.

It was easy to pick the Spartan booth out of a crowd full of business casual-clad attendees and exhibitors — they just ditched their pants to put the product front and center. 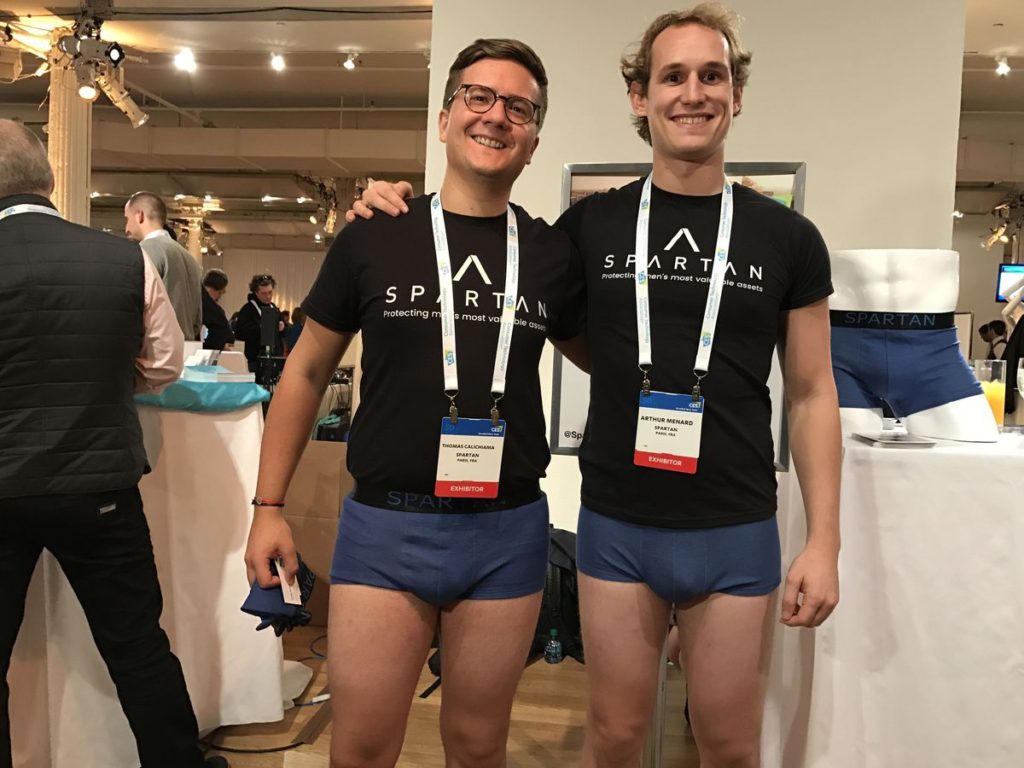 After being reeled in, we took some time to learn a bit more about the defensive drawers. Spartan, which raised funds via a successful IndieGoGo campaign, was conceived over a dinner between friends.

“We had been hearing about how cellphone or Wi-Fi radiation could be a danger to our health,” Spartan’s founder and CEO Arthur Menard said via email following the event, citing research from the Cleveland Clinic as their impetus.  “We realized we had both put our phones on the table and we started talking about how we could potentially try to implement the same kind of technology there is in a microwave inside a pair of boxers.”

The solution was creating a high-tech fabric which weaves anti-bacterial silver fibers into the cotton blend to create an electromagnetic shield. “We spent months and tens of different prototypes in order to obtain a fabric which would still feel like a regular boxer,” said Menard. After perfecting the material, the Spartan team took it to an independent lab where it was shown to effectively block over 99% of all cellular and Wi-Fi radiation between 450mHz and 5gHz.

The finished product feels like just about any other kind of briefs, but they aren’t cheap: Spartan starts at $45.67 for a single pair. “We’re continuously working on our fabric in order to try to make it less pricey,” said Menard, who believes that increasing the scale of the operation will help to cut costs.

Keep in mind, after extensive research and multiple published studies there’s no actual scientific proof that cellphone radiation affects male fertility or causes any other health issues. These boxers aren’t a safeguard against any confirmed threats.

For guys worried about their “little soldiers” no matter what the science actually says, however, $50 is no cost compared to a shot to their manhood. With tech like Spartan’s, their fears can finally be put to rest.