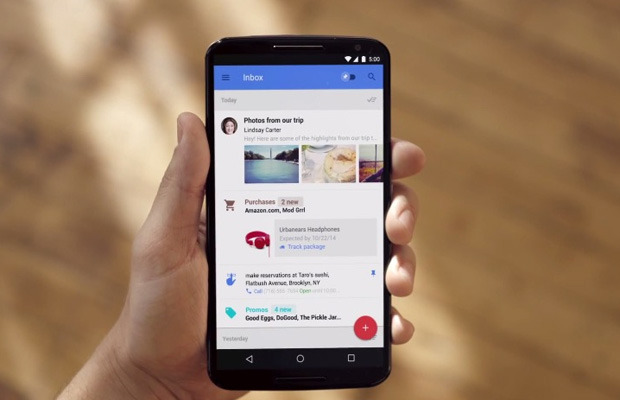 A few months back we got a look at an odd new email client from Google, but it wasn’t clear at the time if it was a new version of Gmail or something else entirely. It turns out to have been an early version of Google’s newest take on email, a service called Inbox. Google has announced Inbox as an invite-only service that aims to be smarter email.

Inbox will be accessible on the web, as well as via Android and iOSapps. Gmail changed email forever by threading messages, but Inbox seeks to make an even bigger shift by organizing and highlighting the important data from your emails using what it knows about you. Some of the features in Inbox have shown up in other Google products, but this brings it all together in a service that could be either really useful or a bit of a mess.

If you’ve used Gmail’s automated categorization, you already have a hint of what Inbox offers. All your similar messages will be grouped together in a “bundle” as Inbox calls it. So for example, all your purchase receipts end up in a single bundle, as do travel plans. There are also shades of Google Now present in Inbox. It uses the context and wording of emails to highlight important information like events and flight itineraries. Inbox even pulls in additional information from the internet that wasn’t included in the original message. You might see package tracking information in your Inbox account, then get an update when it has been delivered.

Inbox is very task-oriented, so a lot of its functionality is designed to help you get things done. It goes beyond email here–you can set reminders and keep tabs on them through Inbox. It also provides “assists,” which are pieces of information you might find useful in getting things done. For example, if you need to call and make an appointment, inbox could provide you with a phone number and hours of operation. You can even snooze emails and reminders to have them pop back up later when you’re not so busy.

Google is slowly rolling invites out to interested parties. You just have to send a message to inbox@google.com and wait your turn. New users are also getting 10 invites each to hand out to friends, but you need a Gmail account.