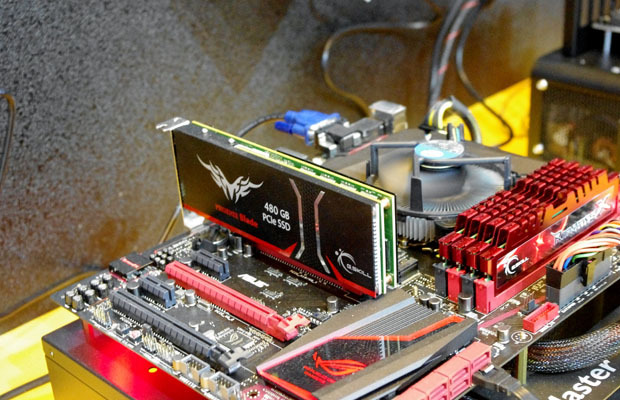 If you have been in the market for an SSD lately, you may have noticed there’s a limit to the read and write speeds on offer. Even the premium models top out around the 550MB/s mark. That’s ample for just about anything you want to do on a PC, but that doesn’t mean we can’t have faster storage, and that’s where PCIeSSDs come in.

G.Skill has just announced the Phoenix Blade PCIe SSD. It’s a 480GB SSD that sits in a PCIe Gen 2.0 8x slot on your motherboard and claims to offer read and write speeds of 2GB/s–four-times faster than the best SATA3 SSDs on the market today. 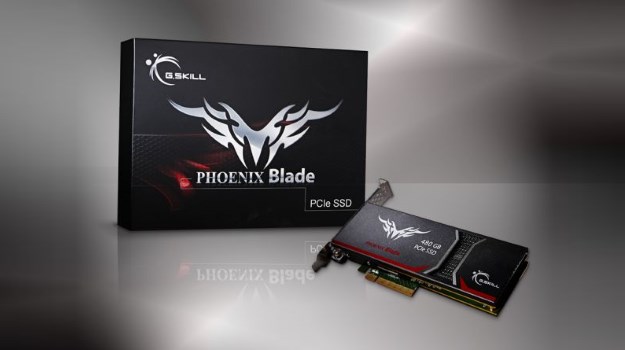 Such high speeds are made possible due to the bandwidth offered by PCIe, but also because of how G.Skill has setup this drive. It consists of four LSI SF-2281 SSD controllers, with each one linked to 120GB of the 480GB total storage. The MLC flash memory is then placed in a RAID0 array. As well as the incredibly fast read and write speeds, G.Skill states 4K Random Read performance is 90,000 IOPS and 4K Random Writes is 245,000 IOPS. You’ll also be very glad to hear the Phoenix Blade ships with TRIM support, so the initial performance shouldn’t degrade as you use the storage, and S.M.A.R.T. for monitoring drive health and stopping data loss.

As with all PCIe SSDs, there is one downside. It requires software to be run on your system in order for the drive to be recognized and used, and that software is limited (for now) to Windows machines. G.Skill offers drivers for Windows 7, 8, and 8.1, and I imagine Windows 10 support will appear next. 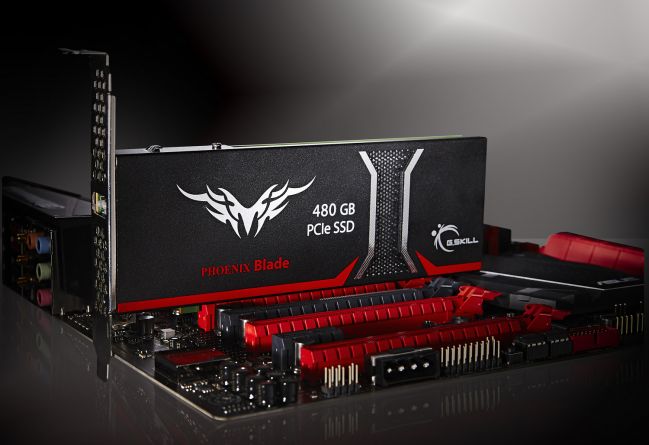 Every Phoenix Blade comes with a 3-year warranty, but there’s no word on pricing yet. You can bet it’s certainly going be higher than a high-end 480GB SSD, though. If you’re thinking of building a performance rig running Windows in the near future, it’s definitely going to be worth checking out the Phoenix Blade as long as the price isn’t extortionate.