Is Technology Good Or Bad For Education - TechGeek365

Home / More + / #Random / Is Technology Good Or Bad For Education

Is Technology Good Or Bad For Education 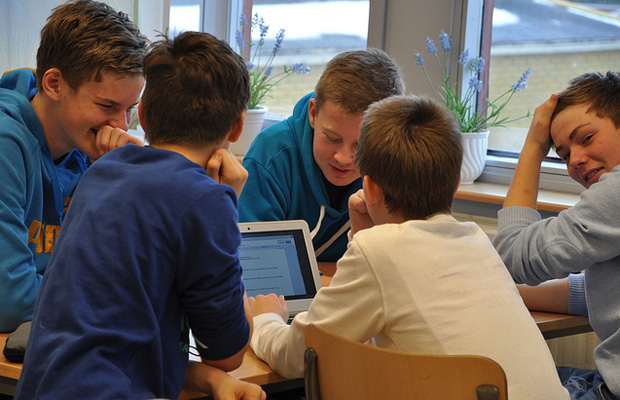 People who aren’t comfortable with technology are often mocked. Don’t like all these kids using iPhones? You’ll be branded with the “backward thinking” tag. Another popular term is Luddite. This refers to 19th-century textile workers who protested against Industrial Revolution changes.

But try to look at it from their perspective. Modern technology has changed many areas of life in extraordinary ways. Some of them haven’t been positive. Let’s take one of the most important areas of our society: education. Have all the technological advances been good?

It seems that more and more students are having problems with keeping attention. Much has been said about the role of modern technology in these changes. Would installing new technologies, or encouraging the use of smartphones, make the problem worse?

The technological changes in how we absorb information is everywhere. Some have branded this as a bad thing. But our brains are more resilient than you may think when it comes to these changes. We can process information we read on screens just as well as that we read on paper. Best revision apps provides more detail about these sorts of studying methods.

Use of the Internet and mobile apps increases interactivity, which increases engagement. It can keep education in line with how children currently approach other areas of life.

Upgrading Schools: Not As Easy As You May Think

So, learning using modern technology isn’t worse. But how much better is it? Is the cost of upgrading an entire school justified?

An often forgotten fact is that it’s not so easy to “modernize” a school in this way. The cost of getting computers and tablets in schools is not low. It also requires the teachers to be tech savvy, in case of system failures. These machines will also have to be kept up to date, which is not only time-consuming; it can be expensive. Getting licences to use the needed software is also a massive cost.

Before complaining to schools about the lack of technological progress, the cost must be considered. With unimpressive government funding for schools, such upgrades may not be possible.

Do Books Have To Be Replaced?

Books are being relied on less and less in education. In some ways, this can be seen as a positive. The price of academic books has increased to alienating levels over the last decade. Books also take up a lot of space. Having to carry them all around in your bag was always an annoyance. There’s something to be said about having all the texts you need in one device.

But there are a lot of positives about learning with physical books. When studying, students need to make notes and refer to previous pages. Where better to make notes than in the margins of an actual book? And jumping from page to page on an e-reader can be cumbersome and infuriating.

In the end, there’s a lot of pros and cons when it comes to these new technological changes. But the good seems to be outweighing the bad. As long as we don’t replace the strong and reliable methods (books!), we should do okay.

I Write Things.
Related ItemsEducationRandomSchoolTechnology
← Previous Story 4 Black Hat SEO Techniques To Avoid In 2016
Next Story → What You Should Do When Your Friend Goes Traveling