Home / News / Technology News / macOS 10.14 Appears To Be Getting A Dark Mode

macOS 10.14 Appears To Be Getting A Dark Mode 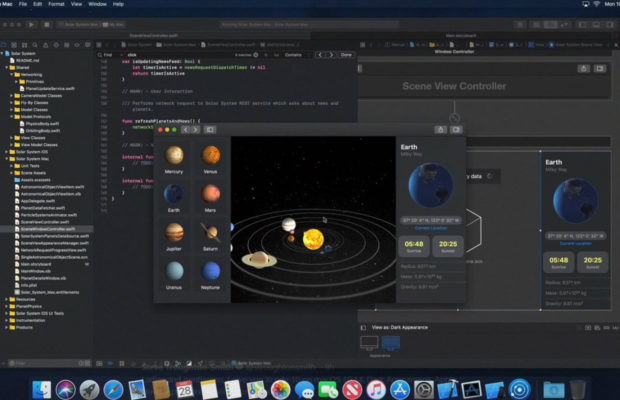 Apple’s Worldwide Developers Conference is almost here, and the company is expected to unveil updates for its iOS, macOS, tvOS, and watchOS operating systems. Apple appears to have accidentally leaked one upcoming feature coming to macOS 10.14: a dark mode.

Developer Steve Troughton-Smith‏ discovered a 30-second preview video that shows the development software operating in a dark mode, and he tweeted several screenshots of the upcoming Xcode 10 showing off the setting.

The present macOS currently does have a dark mode feature (under System Preferences and General settings), but this only applies to the dock and menu bar: MacRumors points out that in addition to the software’s darker colors in the video, the trash can in the dock is also darker, suggesting that it could be a system-wide feature. Troughton-Smith‏ also notes that this video features an Apple News app icon – visible in the dock – and an App Store with video previews.

There haven’t been a whole lot of rumors regarding what’s to come with 10.14, but there has been speculation that there could be some integration between Mac and iOS apps, as well as the name for the next iteration of the operating system.

I Write Things.
Related ItemsAppleMacMac Os
← Previous Story How To Fast-Track The Credentialing Process With Software Applications
Next Story → Intel Wants To Give You One Of 8,000+ Processors