Home / News / Microsoft To Buy Minecraft Maker Mojang For $2.5B

Microsoft To Buy Minecraft Maker Mojang For $2.5B 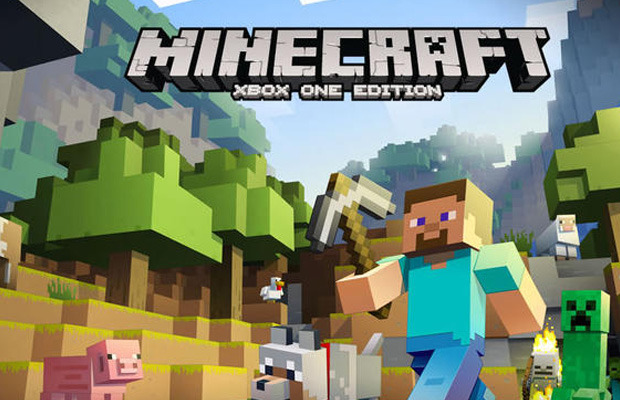 Microsoft said it has agreed to buy Mojang, the Swedish video game company behind the hit game Minecraft, boosting its mobile efforts and cementing control of another hit title for its Xbox console.

Minecraft, which has notched about 50 million copies sold, will be purchased by Microsoft for $2.5 billion, the company said in a statement. The move marks the tech giant’s most ambitious video game purchase and the largest acquisition for Satya Nadella, its new chief executive.

“Minecraft is more than a great game franchise — it is an open world platform, driven by a vibrant community we care deeply about, and rich with new opportunities for that community and for Microsoft,” Nadella said in a statement.

Markus Persson, Mojang’s founder and the creative mind behind the hit game, will be departing the company.

In Minecraft, Microsoft is taking control of a game that has become a cultural phenomenon. Released in 2009, the game made its mark by having no particular point or goal — it asked nothing of players and let them merely create their own worlds and explore others. Some people fought zombies, others meticulously recreated their favorite science fiction starships.

Through it all, Mojang has sold copies of its game to customers on mobile devices, computers and video game consoles.

“The ‘Minecraft’ players have taken the game and turned it into something that surpassed all of our expectations. The acquisition by Microsoft brings a new chapter to the incredible story of ‘Minecraft,'” said Mojang CEO Carl Manneh said in a statement.

But Minecraft is much more than just another video game for Microsoft. Much like the purchase of Halo maker Bungie 14 years ago, Mojang and its Minecraft franchise will strengthen Microsoft’s position as a top destination for entertainment.

The game is available on Microsoft’s Xbox, in addition to the competing PlayStation, and a host of mobile devices. Analysts believe Microsoft could harness Minecraft’s cultural popularity to encourage customers to buy its devices, potentially by offering unique levels or features for its Xbox or devices running its Windows Phone and desktop Windows software.

Whatever Microsoft’s ultimate plans, the move will also bring under the company’s wing yet another successful video game franchise. In January, Microsoft said it was purchasing the Gears of War fantasy war game franchise from Epic, the company that developed and produced the title since its release in 2006. That game had sold 22 million units, grossing over $1 billion.

The other large game from Microsoft is Halo, the space-age war-themed franchise it bought in 2000. The Halo series has sold more than 50 million copies since it first debuted in 2001. More importantly, however, the game attracted a new generation of video game players to Microsoft’s then new Xbox device, the only console for which Halo has ever been made available.

Halo’s success has been driven by its epic storyline, told in books, movies, comic books, toys, and, of course, video games.

Minecraft is in many ways the opposite type of game — it has no storyline to speak of, but instead inspires customers to play with it however they please. Its simplistic blocky imagery is one of its standout features, and its initially simplistic game play has drawn gamers of all stripes in addition to parents and school teachers.

A different type of game maker

Persson, who calls himself “Notch” on social media sites, won’t be joining Microsoft.

“The founders: Notch, Carl [Manneh], and Jakob [Porser] are leaving,” Mojang said in a blog post. “We don’t know what they’re planning. It won’t be Minecraft-related but it will probably be cool.”

The move isn’t much of a surprise. The Wall Street Journal said the deal came together because Persson in June published a missive on Twitter saying he was frustrated with customer complaints over changes his team had been making to the game. “Anyone want to buy my share of Mojang so I can move on with my life,” he wrote. “Getting hate for trying to do the right thing is not my gig.” Microsoft came calling a month later, according to the WSJ’s account.

Persson has also been an outspoken critic of other video game makers. In March, he expressed disappointment in Facebook’s acquisition of virtual reality technology pioneer Oculus VR. “Facebook creeps me out,” he wrote at the time, vowing he would end that development effort.

He has even been critical of Microsoft in the past, speaking out against the company’s Windows 8 operating system in 2012 after the company announced plans for an app store and strict rules for access. “I’d rather have Minecraft not run on Windows 8 at all than to play along,” he wrote. “Maybe we can convince a few people not to switch to Windows 8 that way.”

Mojang, which also makes the games Scrolls and Cobalt, was vague about other potential personnel shifts: “Though it’s too early to confirm which of us will continue working on Minecraft or other projects, we predict that the vast majority (if not all) Mojangstas will continue to work at Mojang for the time being.”

Microsoft expects the deal to close in late 2014, and is expected to be break-even by fiscal 2015.

The software titan said it will continue to make Minecraft available across all platforms.