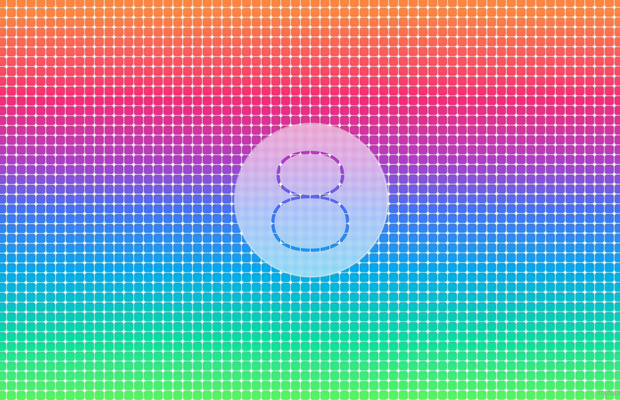 The latest version of Apple’s mobile operating system is now available for download on all iPhones from the 4S on, as well as newer iPads.

Apple on Wednesday released the latest version of its mobile operating system for iPhone and iPad users. Some new features include support for third-party keyboards (such as Swype), Touch ID for third-party apps, and new widgets for quick app alerts in the notification center.

iOS 8 is compatible with any iPhone that’s 4S or later, the fifth-generation iPod Touch, or any iPad released from the second generation on. Some features are specific to the iPhone 6 and 6 Plus, including Apple Pay. The mobile payments service, which works with the NFC chip in the new iPhones, will launch through an iOS 8 update for the 6 and 6 Plus in October.

You can download the software by going to the settings app (Settings > General > Software Update) or by plugging your device into iTunes. Apple on Friday also will be shipping iOS 8 on its new iPhones, the 6 and 6 Plus.

iOS 8 marks the second major release of Apple’s mobile operating system under the guidance of head designer Jony Ive and new software head Craig Federighi. Apple CEO Tim Cook fired the prior iOS chief, Scott Forstall, in October 2012 in part for refusing to take responsibility for Apple’s Maps fiasco. Ive spearheaded a complete redesign of iOS 7, the first major overhaul since Apple introduced the software with the first iPhone in 2007.

iOS 7, announced at last year’s WWDC, featured different typography and color schemes from previous versions of the operating system, as well as a flatter design concept. iOS 7 also added useful features such as automatic updates to make everyday use easier, AirDrop, and iTunes Radio, and a new control center that gives quick access to most-used features. The iOS 7.1 update in March incorporated CarPlay — a way for the iPhone (5 and newer) to power a touchscreen on a compatible car’s dashboard — among other bug fixes and tweaks. 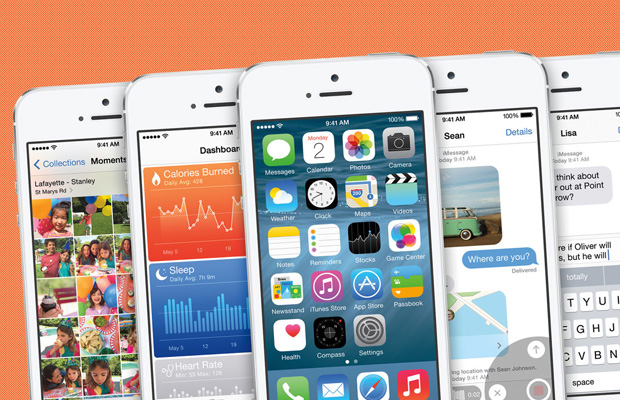 iOS 8 takes Ive’s design efforts a step further, but it focuses more on functionality than visuals. With iOS 8, Apple is bringing a laundry list of features that many fans have desired for years. Most importantly, the new software tackles long-standing issues with iOS’ notification system, its tie-ins with Apple’s desktop OS X software, and device- and file-management software iCloud, and its native SMS client Messages. It extends Apple’s reach into the health and home automation space, too, with a suite of new “Kit” apps and developer tools.

A new addition to iOS 8 includes Handoff, which allows you to start a program — such as writing an email or composing a text — on an iPhone and then finish it on an iPad or Mac. iCloud Drive creates a device-agnostic way for you to store files similar to Google’s Drive offering and software maker Dropbox. And a new feature of Apple’s Messages app, called QuickType, features a predictive keyboard software enhancement that will learn how you talk to different people to allow for quicker auto-correct and fill-out suggestions.

Apple also is purposefully cracking the veneer of its closed-garden philosophy. You can now install third-party keyboards, and TouchID fingerprint scanning — which accounts for 83 percent of purchases in Apple’s App Store — will now work with third-party apps. Additionally, widgets from independent developers will be available for download from the App Store and will function within the Notification Center.

Along with the iOS features, Apple also launched two new initiatives, called HealthKit and HomeKit. HealthKit serves as a data repository for health-related information, such as how many steps you take and how much you eat. Other apps can draw from that information and send data collected on their apps back to HealthKit.

HomeKit provides a similar service for the smart home. It will allow developers to integrate controls for door locking, light dimming, and other home automation gadgets and features in iOS apps for the iPhone and iPad. That means you can control various connected devices from one spot — even using Apple’s digital voice assistant, Siri — rather than switching back and forth between different apps. Initial partners include thermostat-maker Honeywell and smart lock-maker August.

Many of the tech giant’s recent mobile products will be able to receive the update.

According to Apple, the full list of compatible iOS 8 devices include:

Devices that will miss out on the iOS 8 update will be: