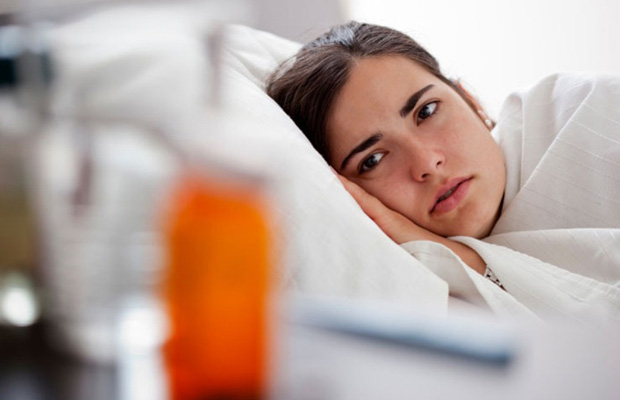 The worst part of a sniffle or a sore throat is wondering what it is you’re coming down with — the type of casual paranoia that keeps WebMD and Google searches in business.

A new app, called HEALTHYDAY, comes from a division of Johnson & Johnson and uses sickness-searching algorithms to take the guesswork out of your hypochondria by warning you when the flu is overtaking your neighborhood or pollen is driving allergies sky-high. as a kind of subtle advertising for its products. The basic health tips the app offers up don’t outright tell you which medicines to buy — instead they are each “brought to you” by one of the company’s over-the-counter brands, which include Zyrtec and Tylenol.

The app’s algorithm syncs self-reported data from local doctor’s offices, Google searches, social media mentions on Twitter and Facebook and user data from people who use the app, then funnels it down into easily digestible trends, blurbs and infographics, according to McNeil’s VP of marketing Katie Devine.

In San Francisco, for example, the app warns of a particularly high risk of allergies and cold symptoms and a middling likelihood of the flu.

Click on one of the roughly 150 user reports in the city and you can see the exact symptoms or affliction each one reported — down to the street where the report was made. 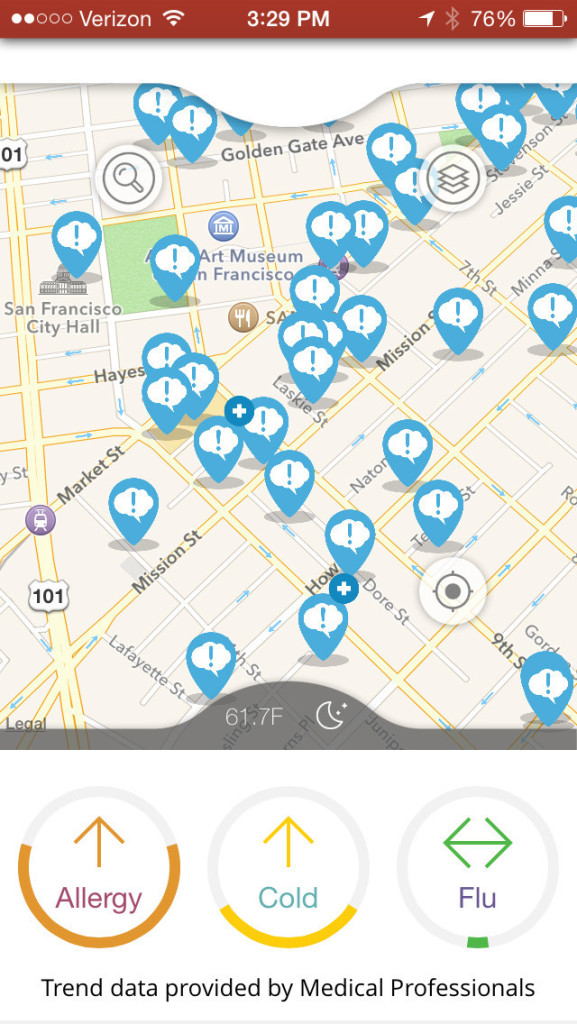 Eric Weisberg, executive creative director at ad agency JWT New York, has lofty goals for the app — he makes comparisons to navigation app Waze and Google maps in terms of its mobile-friendliness and location-targeting. He said a simple Google search for symptoms can leave people bogged down with too much information.

“We’re looking to transform what’s sort of a search-and-confusion mentality to discovering what’s going on with your sniffles to really getting a content-first, actionable information second,” he said.

The team wants to expand the app’s features with more ailments and information once it has a bigger user base.