If you tuned into the most recent BerryFlow podcast, you would have heard me mention that I was a little surprised that more of the Priv by BlackBerry hasn’t leaked yet given the fact that BlackBerry has now announced plans to launch the device ‘late in the calendar year’ and the device has been making its way into many folks hands. Turns out, I was just a little bit too early in saying that as a new batch of photos has now appeared offering us all a closer look at BlackBerry Safeguard while also adding some additional confirmation of the device specs for those who may have been questioning whether the rumored specs were accurate. 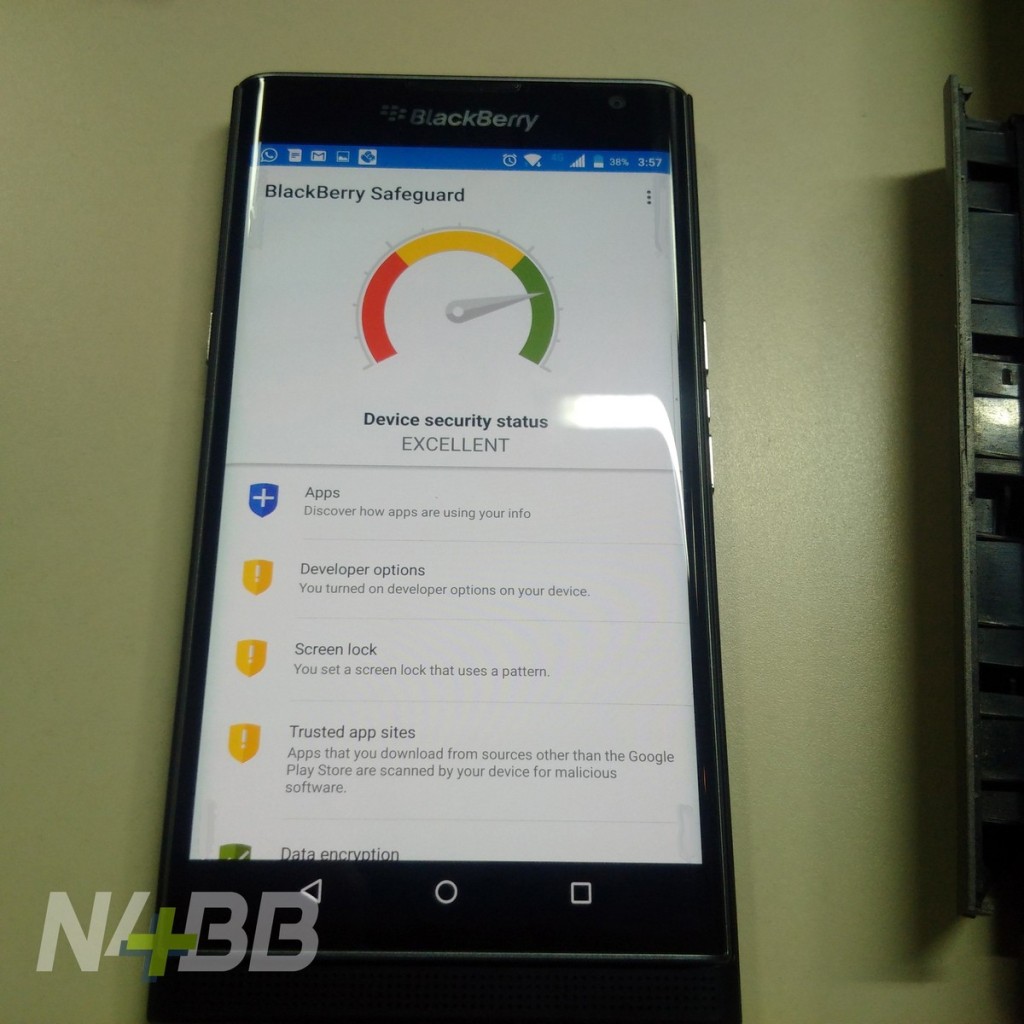 Over the course of the various Priv leaks, one thing that has stuck out for a lot of folks is BlackBerry Safeguard. It was widely assumed that BlackBerry Safeguard would offer a central location for various options of additional security features implemented by BlackBerry as well as Android settings and now, thanks to these new photos, it’s safe to say that was largely accurate.

As shown in the photo, there are several options end-users can adjust from within BlackBerry Safeguard including taking a deeper look at how apps are using your info, Android developer options, screen lock settings including the option to use a pattern plus, the ability to enable apps from various other sources outside of the Google Play Store as well as device encryption.

While I’m just guessing here, I suspect Safeguard may just be a white-labeled solution that already exists on Android, think Trend Micro or Lookout. Again, that’s just a guess, though. If not, it offers very similar options.

One question that has come up many times, especially with it coming to light that BlackBerry is making use of Schneider Kreuznach optics for the rear-camera on the slider, has been whether or not Priv will be capable of capturing video in 4K. We mentioned it in our ‘Everything we know about the BlackBerry Priv Android Slider’ post that Priv would indeed be capable of 4K, after all, it is a part of the Qualcomm Snapdragon 808’s key specs, but these new photos throw even more confirmation in that area by showing off the video capture options being used on the Priv. If you haven’t already invested in a larger SD Card, now might be a good time to get on that if you plan on picking up a Priv and capturing 4K video. That 32GB of internal storage will go fast. 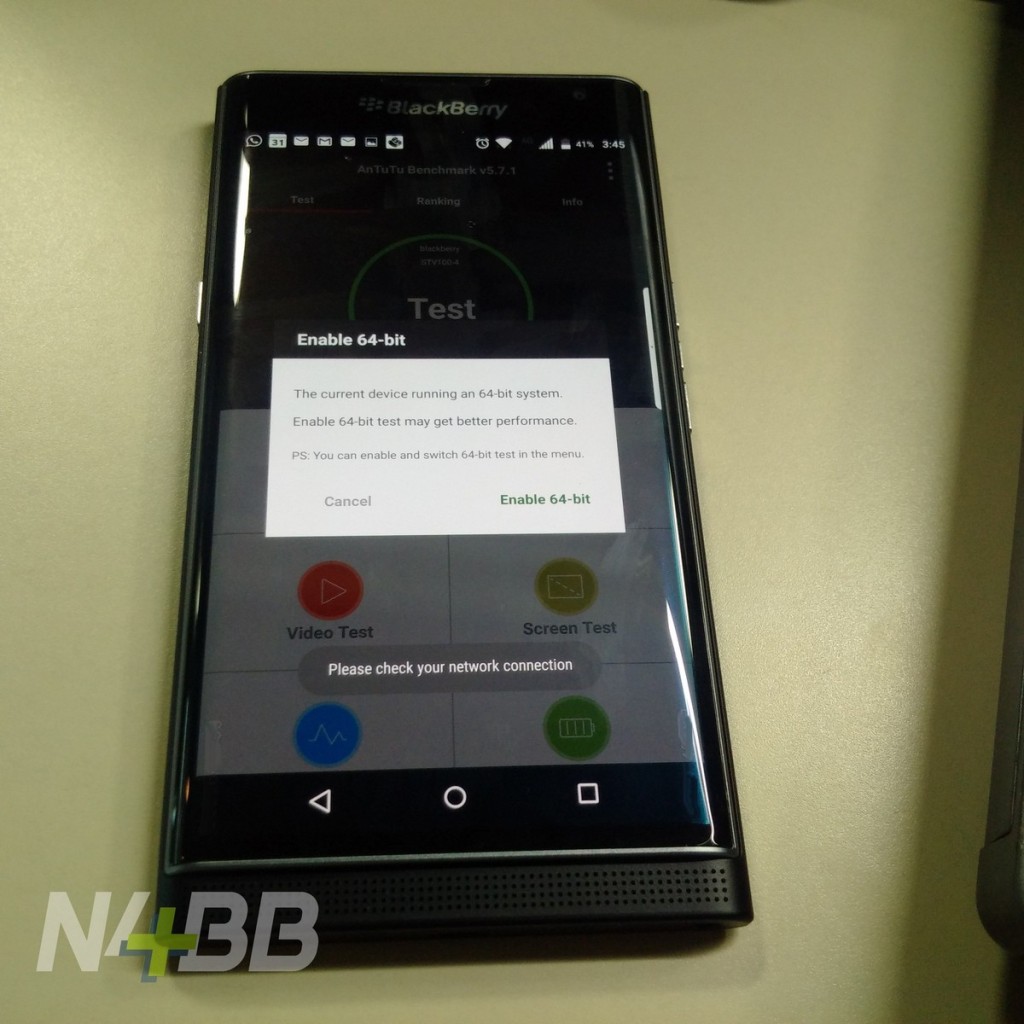 While 64-Bit processors might not mean a lot to average folks, it means a lot to folks who care about specs and again, tossing some even further confirmation that BlackBerry will be using the Snapdragon 808 with Adreno 418 GPU is the above photo from the AnTuTu Benchmark app. If you’re really interested in why 64-bit processors like the Snapdragon 808 are important, then I suggest you take a look at the Android Central article Why 64-bit processors really matter for Android as it goes pretty deep in explaining the nitty gritty details. In any case, the Priv has 64-bit support. 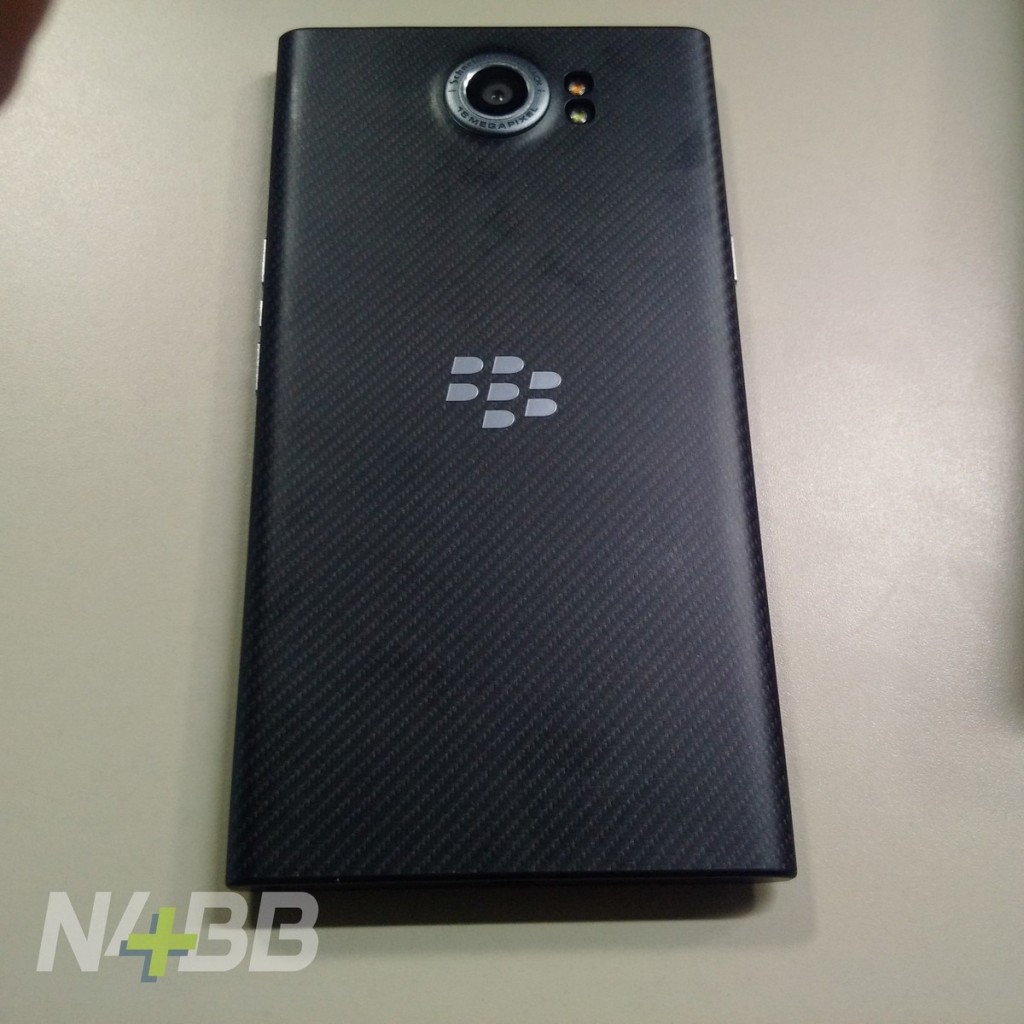 The last two photos are pretty simple offering up a closer look at the glass weave back that many BlackBerry Z30 fans loved. Personally speaking, I wish BlackBerry would have gone with a back more like the one found on the BlackBerry Passport Silver Edition but that’s just me. In the photo below, we get yet another look at the battery meter being used on the edge of the screen as we first showed off in an earlier post. 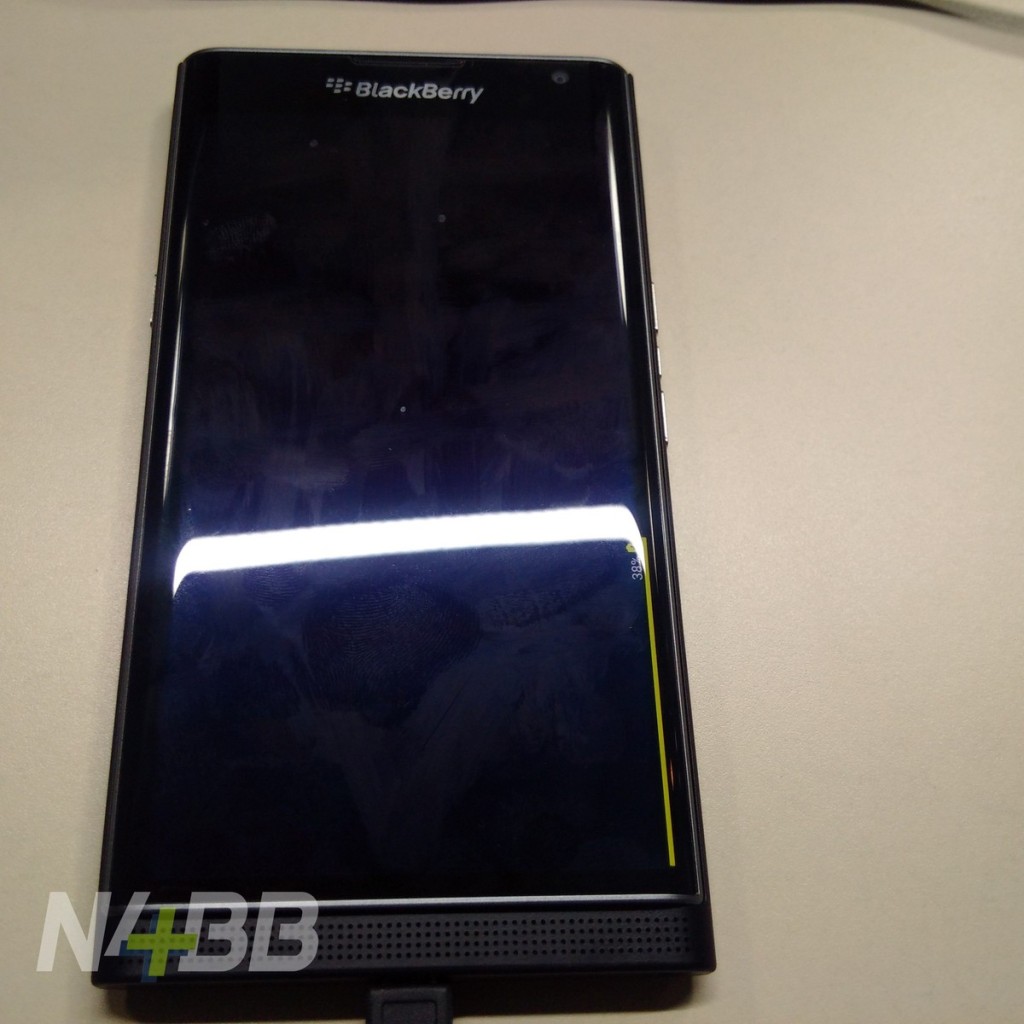 All in all, a nice new batch of photos alongside some further confirmation of the processor being used, some device features and a closer look at what to expect from BlackBerry Safeguard. I can dig it. Let us know in the comments how you’re feeling about the Priv by BlackBerry after checking out these new photos.