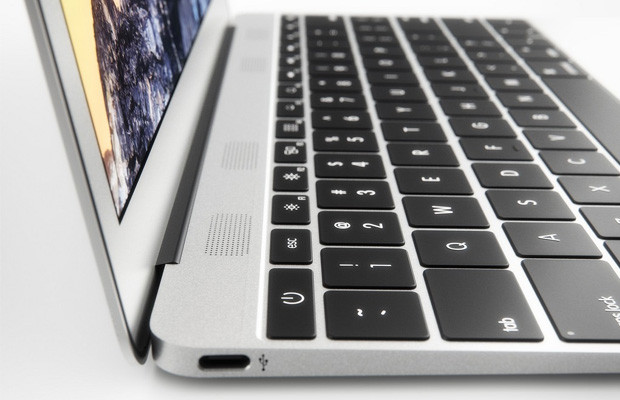 Apple’s brand new MacBook is coming April 10th with a price starting at $1,299. That gets you the base configuration with 256GB of flash storage. An upgraded model with more storage (512GB) and faster processor can be purchased for $1,599. And for the first time ever, Apple’s offering a laptop in three metal finishes: silver, space gray, and gold. The company unveiled its latest laptop moments ago during today’s major event in San Francisco. The bulk of Apple’s focus today is directed at its upcoming Apple Watch, but Tim Cook, Phil Schiller, and other Apple executives also made it clear that the Mac isn’t being lost in the shuffle. 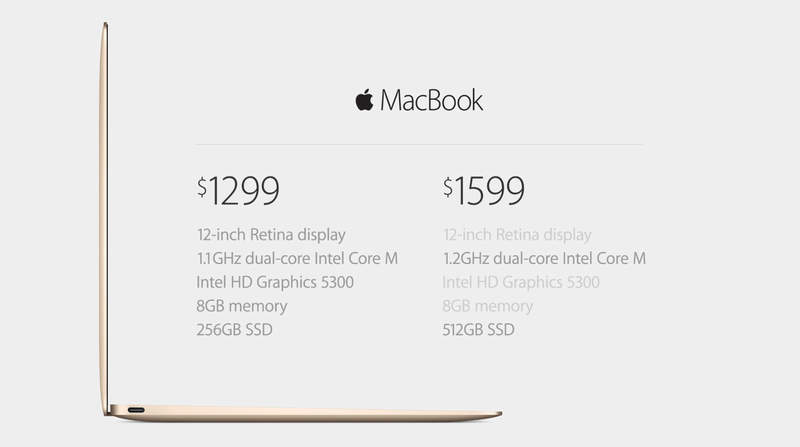 “We challenged ourselves to reinvent the notebook, and we did it,” said Cook before unveiling the new hardware. “It took reinventing every technology inside it to deliver something this amazing,” added Phil Schiller. The new MacBook is lighter and thinner than the MacBook Air that’s long been Apple’s most popular portable Mac. Among the many changes, it features a redesigned keyboard, trackpad, and a high-resolution 12-inch Retina display. Apple claims the new Macbook is the world’s most energy-efficient laptop and says its battery can last for 9 hours of web browsing or 10 hours of continuous video playback.