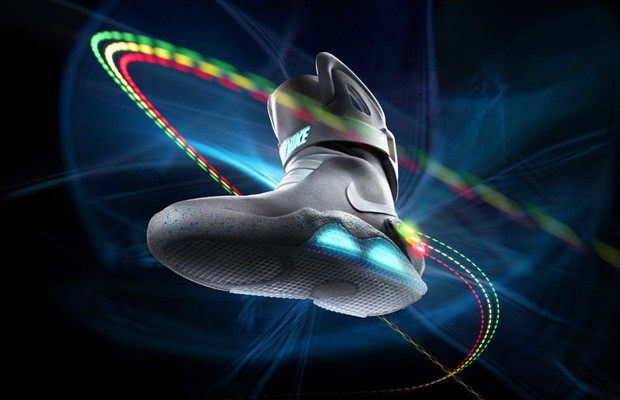 Last year Nike designer Tinker Hatfield revealed that the iconic sneakers from Back to the Future Part II — you know, the ones that lace themselves — would eventually be a product you could actually buy. While we haven’t heard much about the shoes since then, Hatfield took the stage at the Agenda Trade Show in Long Beach to confirm that the 2015 edition of the Nike MAGs are still in the works, reports Nice Kicks. While the designer didn’t reveal an exact date for the shoes, he did say that the team is working hard to get them out this year, noting that there still are “11 and two-thirds months left in 2015.” (This year also happens to be the year in which the second film was set.) In 2011, Nike auctioned off 1,500 pairs of the shoes raising more than $4.7 million, though that version (pictured above) didn’t include the futuristic self-lacing technology.