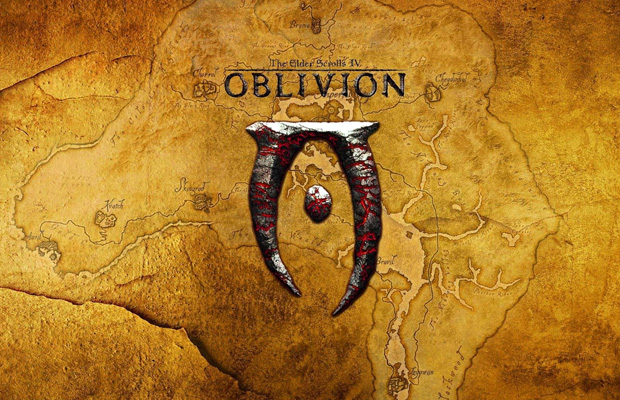 Oblivion was the first RPG game to really open my eyes to the genre. I first played it on the Xbox 360 (when they were new) and was absolutely bowled over by the graphical beauty of the huge open world environment and the desire to go exploring instantly took over (once I had stepped out of the sewers, of course. Sewers have little explorability appeal).

Bethesda’s first Medieval game to be released on the console (but the fourth installment in the Elder Scrolls series) was their defining point. Oblivion gained immense popularity in a very short period of time and it’s evident why even when you’re in your first of many hours. The world around you is the perfect to the last, as are the game mechanics, visuals and story.

Starting the game in a prison cell you are weaponless and a little bemused as you are given no reason for your incarceration. After a little back-and-forth medieval banter with a fellow inmate from the facing cell you see the Emperor accompanied by his entourage descending the stone stairs. They all enter your cell and the guards treat you rudely until the Emperor surprises you (and them) by telling you he has seen your face in his dreams. He trusts you implicitly and allows you to follow him through a secret passage conveniently hidden in the very cell you stand in. You follow the Emperor and his Blades through a series of giant rat infested tunnels and are eventually attacked by a group of mysterious robed assassins that are trying to kill the majestic fellow. By this time you are lucky enough to have a weapon (albeit a simple sword) and are able to help the Blades out and experience your first sweet taste of Oblivion’s combat system.

The combat mechanics in Oblivion are smooth and make for a greatly pleasant experience. Using your left mouse button to attack and the right mouse button to defend feels really natural and makes combat fluid, easy to pick up and indeed, to master. Your class reflects what weapons your skills excel in and the classes are aplenty. The option to use a custom class is available to you, but using one of the twelve pre-made classes is also a good option, there’s so many to choose from and there’s always the perfect class for every player.

Oblivion is a hugely immersive game with a hell of a lot to offer. The locations are both beautiful and plenty and discovering the nooks and crannies of the world is a breathtaking and mesmeric experience and one every fan of the genre needs to undertake. For hundreds of potential hours of medieval greatness this is an absolute must. G2A cashback is available on this triumph leaving little excuse for you to not don your armor, take your sword and enter in to an amazing world of war, magic, honor and most importantly, armored horses.