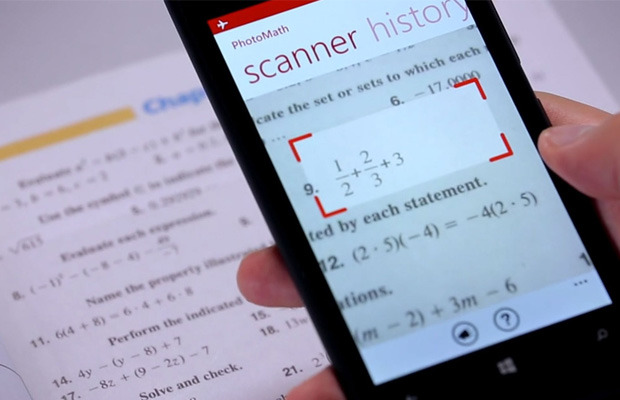 But PhotoMath doesn’t stop at just solving the equation, it also provides step-by-step instructions explaining how it got to the answer.

While it’s easy to see how students could take advantage of the app during tests, MicroBlink, the Croatian company that created PhotoMath, sees many positive uses for its creation.

MicroBlink’s CEO Damir Sabol told Mashable they see the technology being used in “many places where mobile apps need to be connected to the real world through text recognition.”

Still, while he maintains MicroBlink is not focused on education, he’s very happy with PhotoMath’s success so far, especially after the app placed in the finals of TechCrunch Disrupt Europe on Tuesday.

“We’ve had a million visits to our website and more than 110,000 downloads yesterday, and the traffic seems to be growing. As far as financing goes, we haven’t taken any outside investments yet, but we’re looking at that possibility as well,” he says.

MicroBlink has previously launched PhotoPay, an app that lets users pay bills simply by scanning them through a phone’s camera.

PhotoMath is available for iOS and Windows Phone devices, and will be coming to Android devices in early 2015.