Scientists Want More Accurate Measurements, So They're Changing The Definition Of A Second - TechGeek365

Scientists Want More Accurate Measurements, So They’re Changing The Definition Of A Second 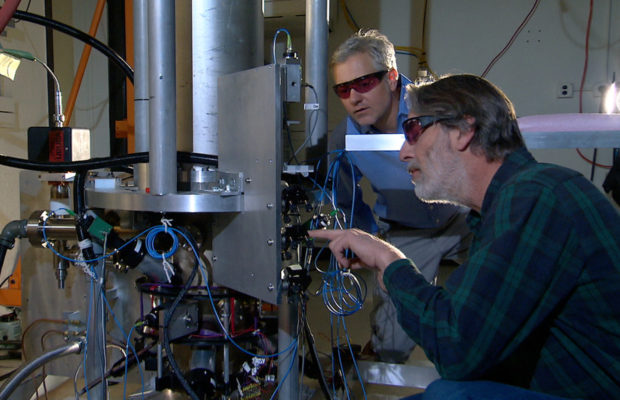 Have you ever wondered why a second lasts a second? Through science, it turns out that the length of a second has a lot to do with how nature works on a fundamental level. Since the 1960’s, a second has been defined as the time it takes for a caesium atom to oscillate 9,192,631,770 times. (It’s oscillating pretty fast). In a sense, it’s an atomic clock, and so far has been one of the most accurate ways possible to measure the passage of time. Until now, a second has been a standard unit defined in this way, but the demands of modern life for ever more accurate time-keeping services has meant that scientists have had to adjust timekeeping methods.

The problem with the caesium atom method is that it just isn’t accurate enough for today’s technology, like GPS systems and computer servers. A caesium atom clock is very accurate, but just like a pendulum in a grandfather clock, it can run fast or slow. Over the course of a month, atomic clocks can gain or lose 30 nanoseconds, or 30 billionths of a second. That might not sound like a lot, but it matters when you’ve got satellites hurling around in orbit at 17,000 mph. You can move a long way in 30 nanoseconds when you’re travelling at that speed.

Researchers have been looking, therefore, for better clock systems that help keep time more accurately. Instead of using the oscillations of caesium atoms, Dr Christian Grebing of the The National Metrology Institute in Germany has suggested using strontium instead. The use of strontium atoms, he said, could mean that clock calibration services might be able to reduce the timing error to just 0.2 nanoseconds per 30 days, a significant improvement over current methods.

Grebing’s method would rely on the use of lasers to monitor clocks as they tick. In the past, this kind of time-keeping method was fraught with technical problems, but Grebing and his team believe that they will find a solution. They’ve suggested that after about 10 years of refining the technology, they could have something in place that would rival traditional caesium clocks for accuracy over the long term.

Of course, strontium atoms aren’t the only contenders for a replacement for caesium. Other elements are in the running too, including aluminium. But whatever is chosen as a successor for caesium, the transition to a new form of timekeeping will need to be carefully managed. Grebing says that even though any changes would be tiny, it’s important to make sure that the actual length of a second does not alter. What scientists want is to find a way to reduce the uncertainty either side of the true length of a second.

About Sandra: With over 9 years of search marketing experience, Sandra is cross skilled between PPC and SEO. Her experience in search spans across different verticals including Technology, Retail, Travel & Automotive.
Related ItemsAtomsCaesiumScienceTime
← Previous Story Techniques For Taking The Best Shot
Next Story → Coding – Contact Vs Contact-Free