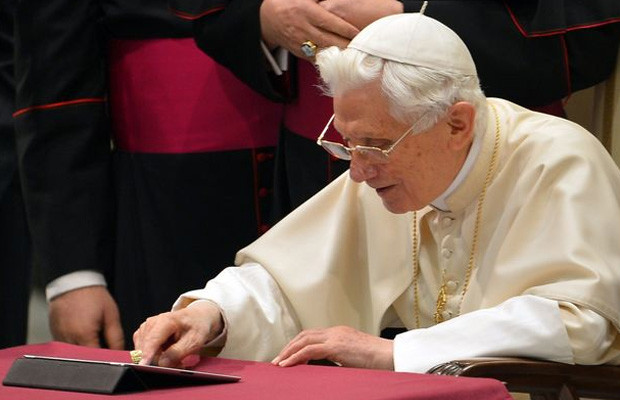 An iPad owned by Pope Francis sold for $30,500 at a charity auction in Uruguay this week. As Reuters reports, the tablet was purchased by an unidentified buyer who placed the winning bid over the phone. Proceeds from the sale will go to a local school for the poor.

On the back of the iPad is an inscription that reads: “His Holiness Francisco. Servizio Internet Vatican, March 2013.” It also comes with a signed certificate from the Vatican and, according to photos published to the Castells auction house website, a black Logitech keyboard. 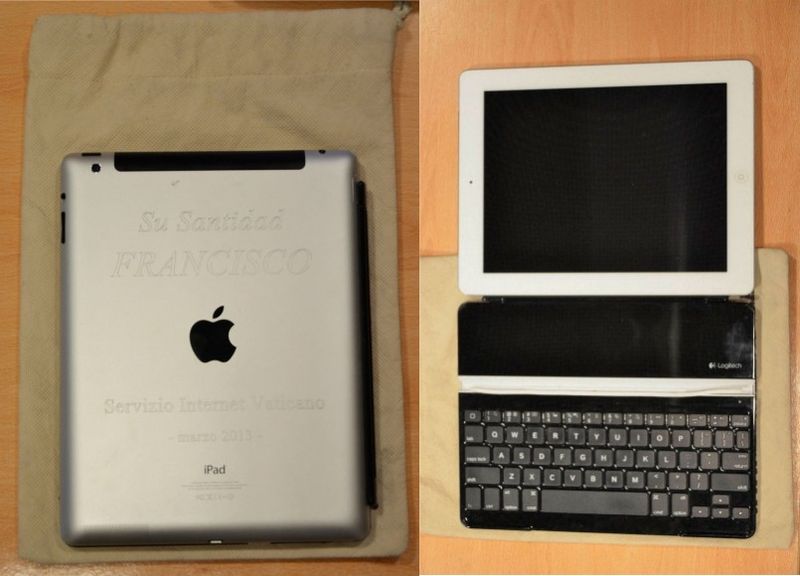 Pope Francis has openly embraced technology during his tenure, pointing to the internet as a powerful way to foster dialogue across different faiths. Last year, he described the internet as “a gift from God,” and in February, he held a Google Hangout with children who have disabilities and special needs. He’s also been an outspoken critic of unfettered capitalism, saying it only deepens global inequality.

This isn’t the first time that one of Pope Francis’ personal belongings has been sold for charitable purposes. A Harley Davidson motorcycle he received as a gift was sold last year in Paris for more than $320,000, with proceeds going to a soup kitchen in Rome.

I Write Things.
Related ItemsAppleiPadMobilesPopeTechnology
← Previous Story Here’s Why This IT Consultant Dumped His iPhone 6 Plus For A BlackBerry Passport AND Classic
Next Story → Europe Opens Antitrust Investigation Into Android