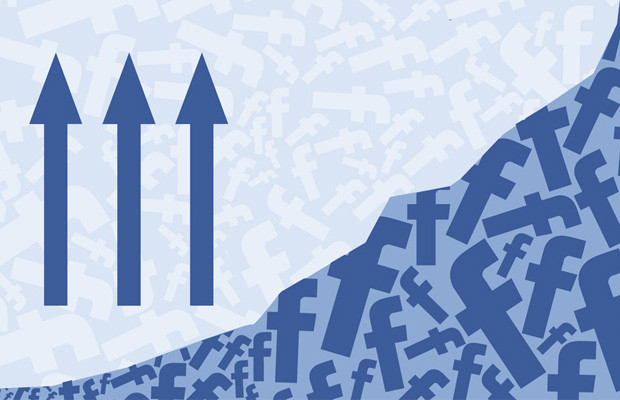 Facebook’s already considerable power in media is about to become dominant.

The social network has already shown the ability to put content in front of millions of people at will, boosting traffic for media companies. Now, it has turned that force toward video.

Major media companies have started publishing video directly to Facebook and are reaping the rewards of dramatically greater views and engagement. In doing so, they are admitting an uncomfortable truth: Facebook and platforms like it may be the future of publishing.

Facebook is at the intersection of the two biggest trends in digital media: mobile and video. Mobile traffic is big and getting bigger, with social media fueling an even larger piece of that pie than on desktop. Meanwhile, online video demand outpaces the supply sending prices up, with video consumption and ad spending both projected to steeply rise. 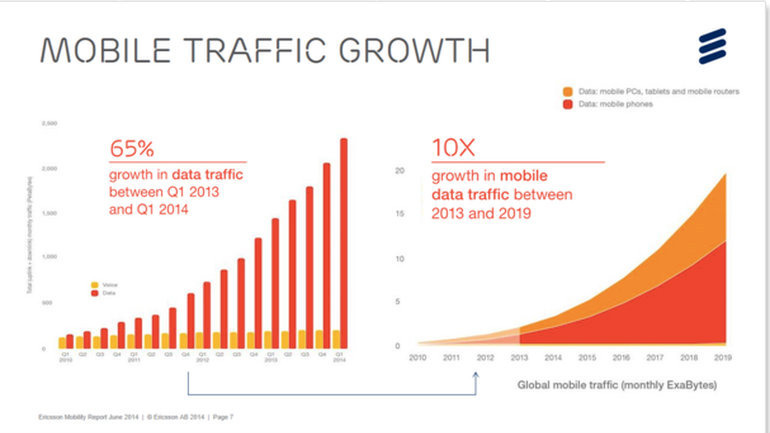 Facebook’s interest in having publishers put content directly on its platform began to percolate in the fall of 2014. David Carr of the New York Times noted that this proposal was met with skepticism. In this model, content creators would be serfs, as Carr put it. John Herrman at The Awl has also theorized about what could happen if Facebook video becomes too powerful.

Facebook is already displaying the ability to make kings out of the early adopters of its native video player, which automatically begins playing when it appears in the News Feed. Major media companies publishing directly to its platform are seeing the results, and it would seem only a matter of time until the money follows.

BuzzFeed is one example. The data below was provided by social content tracking startup CrowdTangle. 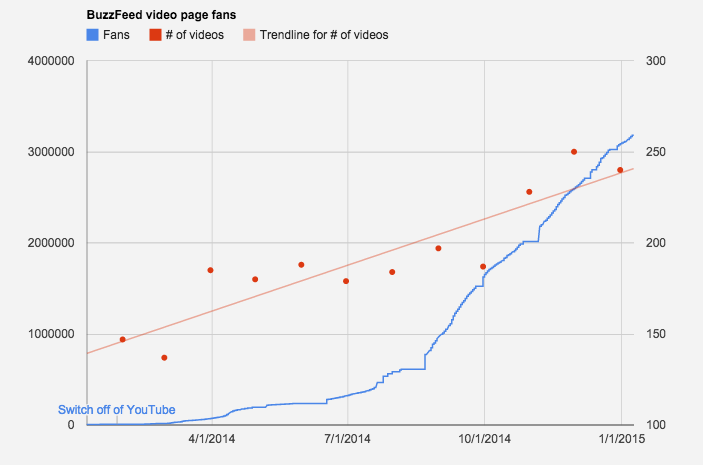 BuzzFeed almost entirely stopped posting YouTube videos to Facebook just about a year ago. The blue line is the number of fans for its BuzzFeed video page since then. It has also increased the number of videos it is uploading, but it seems clear that, at some point, the traction for those videos changed dramatically.

Other examples abound. According to CrowdTangle, Upworthy has seen the difference, with its last 10 native Facebook videos logging 239,000 shares. The last non-native got around 3,500. ESPN made the shift from YouTube to Facebook in November. Its last 15 native videos logged around 53,000 shares, compared to 6,500 for the last 15 YouTube videos. CNN and Huffington Post saw similar upticks when they switched.

Facebook declined to answer any questions on this topic, and editors at a variety of publications agreed to speak only on background.

But where’s the money?

Facebook isn’t alone. Numerous other platforms with consistent audiences are moving into the space. Twitter is reportedly reading its native video player for public consumption. Snapchat already has grand video plans and is working to bring publishers on to its platform. Instagram rolled out video and video ads, too.

None, however, have the advantages of Facebook. The social network has shown that it can tilt the playing field however it likes through the algorithms that control its newsfeed. This results in significant traffic swings. Previous examples include the near elimination of brands to reach followers, and the significant boost it gave to the media.

The only missing piece is advertising, and that’s on the way.Facebook is already splitting revenue with the NFL on clips that feature a post-roll ad from Verizon.

Max Kalehoff, senior vice president of marketing at SocialCode, said the scale of Facebook’s video play combined with its targeting capabilities make it a very attractive proposition for advertisers.

“They’re giving brands the ability to reach very, very large audiences that can also be the size of one. They can be in the hundreds of millions, but they can target them with the precision of one person and that’s really interesting,” he said. “We’re starting to see scale that a while back you’d typically only see on YouTube when it comes to online.”

So now media companies are posed with a significant question: can they possibly resist Facebook’s offer? Not going the native route means leaving millions of views on the table along with the money that goes with it. Going with native means handing even more power over to Facebook. Damned if you don’t, damned if you do.

Media companies will not necessarily need to abandon their websites altogether. Facebook could easily make its video player embeddable, allowing outlets to keep save face. Facebook would still have the video and control the ad dollars.

The reality of the situation, however, would seem to lead to digital media companies taking on the role of studios more than publishers. It is not that inconceivable to imagine that the overwhelming amount of media consumption would take place on the platforms that have proven to be popular. After all, the home page is already dead.

Ideally, competitors to Facebook like Twitter and Snapchat will mean some competition on revenue splits. That would presume that other platforms can come close to competing with Facebook on the type of traffic it can deliver. Nobody else seems close right now.

But Facebook and its platform brethren aren’t done yet. Brian Blau, research director of consumer technologies for Gartner, said platforms will soon turn their attention to live video. That means it’s not just the BuzzFeeds of the world that will need to be on alert — television will need to take notice as well.