This App Will Delete Your Embarrassing Posts On Social Media - TechGeek365

This App Will Delete Your Embarrassing Posts On Social Media 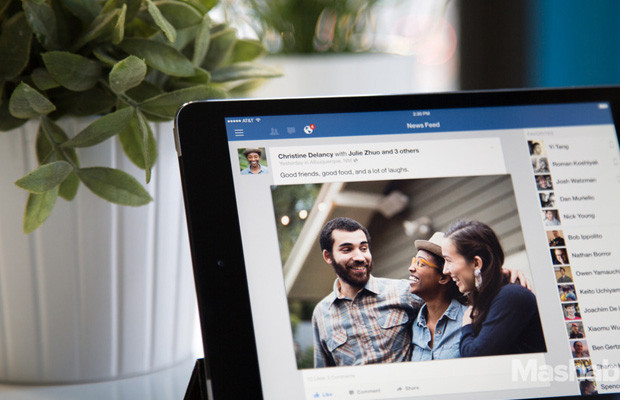 If you’ve ever worried about old tweets or Facebook posts coming back to haunt you — but don’t have time to sift through years of posts to manually delete them — a new app may be able to help.

Clear connects with your Facebook, Instagram and Twitter accounts and analyzes your history, flagging posts with potentially inappropriate content. To guess what that is, Clear uses a combination of algorithms and IBM’s supercomputer Watson to filter material.

The app was created by Ethan Czahor, who made headlines earlier this year when he abruptly resigned — less than 48 hours after landing the job — from Jeb Bush’s campaign after a series of years-old offensive tweets surfaced — some of which included descriptions of women as “sluts” and complaints about being eyed up by gay men at a San Francisco gym.

Czahor says those tweets were “harmless” jokes, relics of his time with an improv comedy group, that were taken out of context.

“I was very well aware going in, [politics] was a one-strike-and-you’re-out business,” Czahor said. “I just didn’t think i would strike out so soon, and in that way.”

Right now, the Clear app identifies troublesome posts based on keywords, such as profanity. It also zeroes on on posts that mention general groups — such as women or gay people. Czahor argues any mention of groups is where you’re likely to talk in generalities and stereotypes.

“Whether it’s good or bad, you should probably take a second look at it,” he says.

IBM’s Watson also uses sentiment analysis, highlighting posts it detects as using particularly negative language. The app then provides a score based on how many posts it flagged. 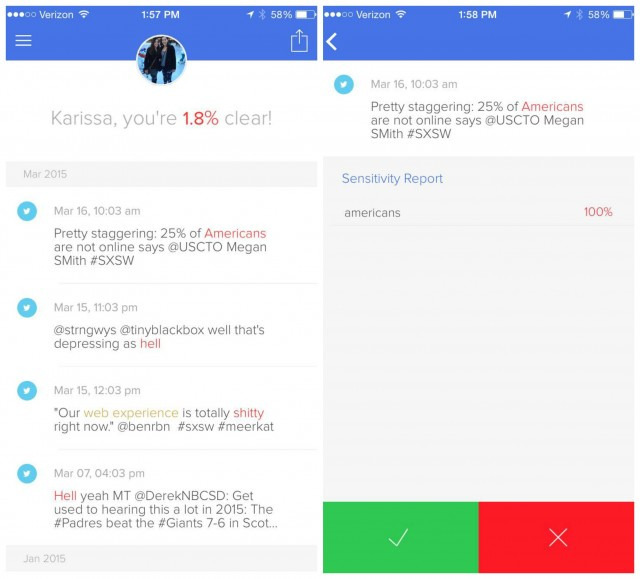 It’s still up to users to review and delete the offensive content, but the app simplifies the process with shortcuts.

Czahor acknowledges Clear is still “a work in progress,” but says the app’s accuracy will improve over time. In my testing, the app successfully detected several tweets with less than PG language and highlighted tweets with group words such as “Americans”.

Interestingly, the app also highlighted tweets with complaints about specific products — the Motorola Droid 2 I had back in 2010 cropped up several times, for example — though I didn’t spot anything worthy of the delete button.

Of course, text updates aren’t the only type of potentially problematic posts. Photos and videos can be equally troublesome. Czahor said identifying photos is a feature “on our roadmap,” along with adding other social networks. The app currently has a waiting list right now — about 300 people as of this writing — but he says he anticipates most will be able to get into the app within a few days or a week.

In the meantime, Facebook and Twitter both recently rolled out improved search features — so you can more easily look for potentially embarrassing posts from your past either way.