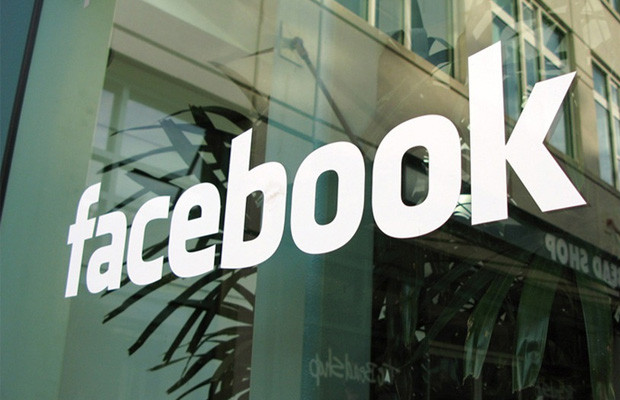 Facebook may have missed Wall Street’s estimates for its latest quarter, but it continues to grow at a healthy clip when it comes to users.

During the social network’s Q1 2015 earnings report on Wednesday, the company reported its user base is larger than ever on desktop and mobile. There are now 1.44 billion people who use Facebook every month, up from the 1.39 billion last quarter.

Of those users, nearly 1.25 billion folks also use their phone or tablets to crawl their News Feeds. Meanwhile, the number of users who peruse Facebook exclusively on mobile climbed from 526 million quarter-over-quarter to 581 million.

For another look at Facebook’s constantly-growing user base, check out the following charts straight from the social network itself. 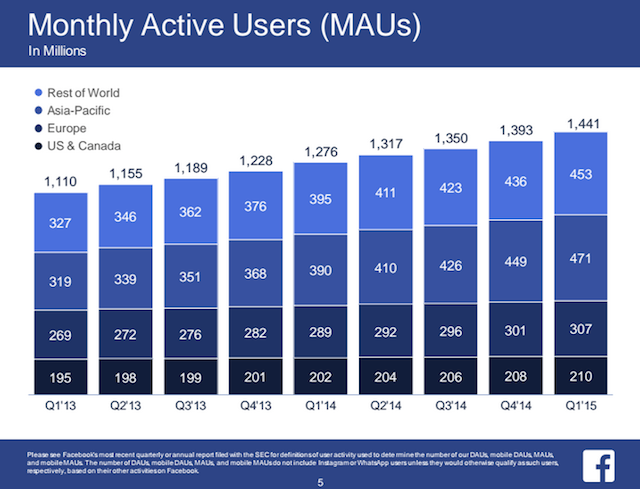 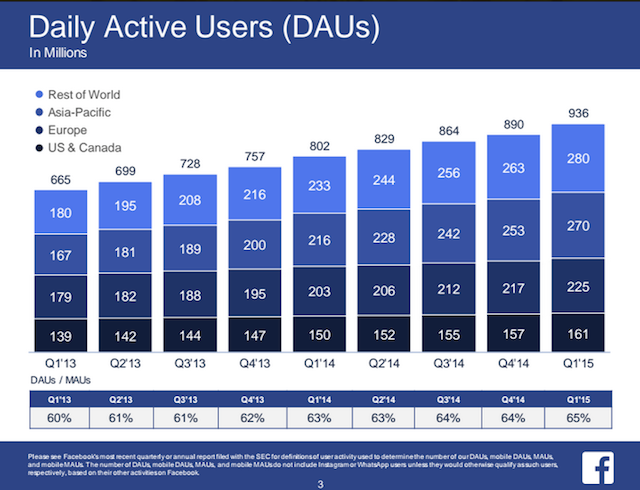 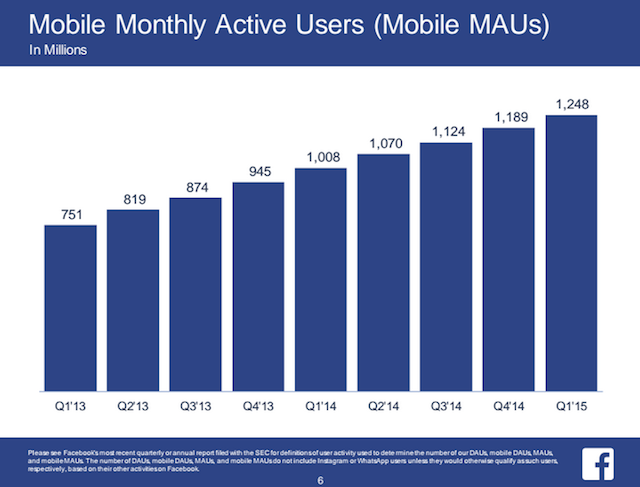 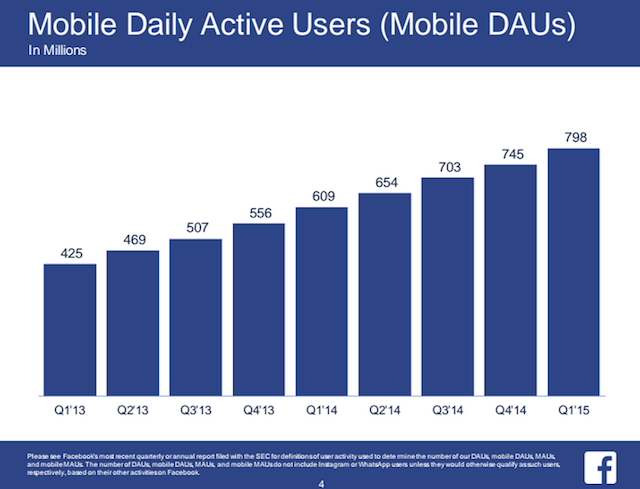 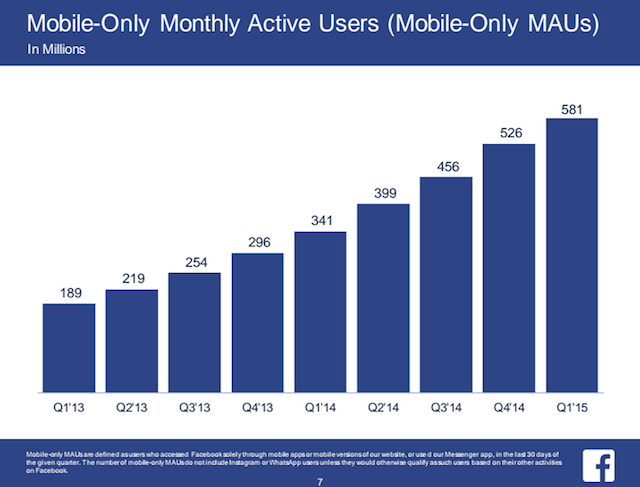 I Write Things.
Related ItemsFacebookSocial MediaTechnologyWall Street
← Previous Story This App Will Delete Your Embarrassing Posts On Social Media
Next Story → Twitter Cracks Down On Violent Threats With New Tools And Updated Policies