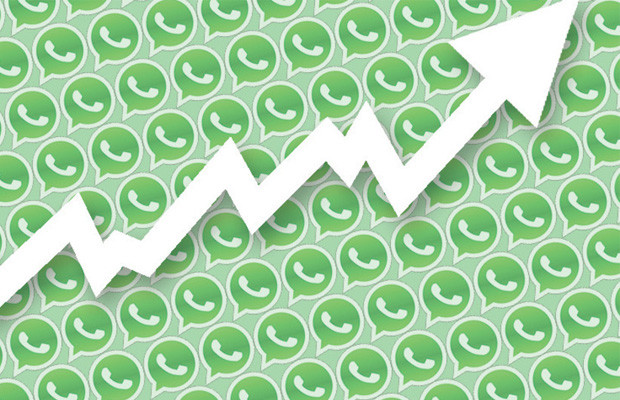 There’s a lot of zeros in this story.

Jan Koum, the CEO and cofounder of WhatsApp, has rung in the new year with a Facebook post touting the messaging apps’ user numbers. WhatsApp now has 700 million monthly active users, up from 600 million at the end of August.

Those users combine to send more than 30 billion daily messages. That’s more than four messages for every person on earth.

Facebook acquired the messaging app in February for a then shocking $16 billion (plus another $3 billion on stock incentives). Since then, the app has steadily added users, leading some to predict that it would top 1 billion faster than Facebook.

At 700 million, WhatsApp has a little more than half as many users as Facebook.

WhatsApp is relatively unknown in the U.S. compared to its international footprint, which is particularly large in Asia. Messaging in Asia is particularly competitive, attracting investments from other major tech companies. E-commerce giant Alibaba took a $215 million stake in Tango, and Chinese conglomerate Tencent owns WeChat.

Messaging apps have come to prominence as smartphone adoption has grown in the U.S. as well as in emerging markets. India, China, Indonesia and South Africa will show the greatest growth in smartphone sales, according to projections from consumer analyst Gfk.

Monthly active users is the most popular metric used to analyze the size and often the success of tech companies. Recently, some influential voices, such as Twitter co-founder Ev Williams, have begun to question whether that is really the most important measurement.

The timing of WhatsApp’s announcement, coming the same day as Williams posted his thoughts on users to his blogging platform Medium, caused some to wonder if it was just coincidence.