Windows 10 Unifies Apps, Movies, And Music Into A Single Store 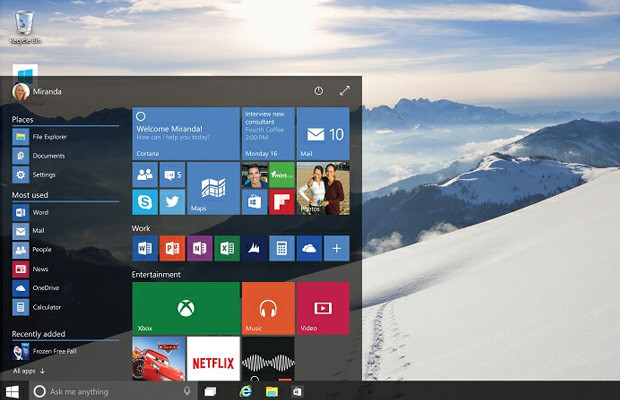 Microsoft is finally bringing apps, movies, TV shows, and music into a single location for Windows 10. The software giant is testing out a new section of the Windows 10 store today that includes movies and TV shows, and the company plans to add music in the coming weeks. A unified store is part of Microsoft’s work for Windows 10 to ensure apps and content can roam across PCs, tablets, phones, and the Xbox One gaming console.

“The experience you will see today is unfinished and we have a lot more work to do,” explains Microsoft’s Brandon LeBlanc. “For example – you won’t see movie or TV details like cast and crew and you’ll only be able to stream video content right now. But don’t worry – offline download capability will be coming!” Before this simplified store, Microsoft listed music for purchase in its Xbox Music app, and movies and TV shows in the Xbox Video app. New Music and Video apps are available in preview, and Microsoft has removed the Xbox branding ahead of this unified store.

Windows 10 testers will be able to rent and purchase TV shows and movies today in 20 countries, and Microsoft plans to further detail its store plans at the company’s Build developer conference later this month.